Another month, another round of terrible General Motors car mods. Last month, we saw a custom Chevrolet Cobalt pickup truck, a Geo Tracker trike and even a six-wheeled Chevrolet Camaro, so let’s see if July’s edition of our running series can up the ante with even crazier creations. 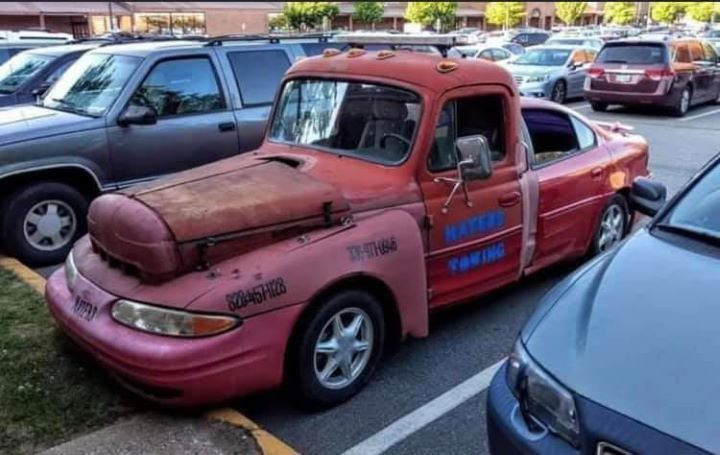 Kicking things off this month is this absolutely bizarre Oldsmobile Alero sedan/Ford F1/Pontiac Grand Am amalgamation. We have no idea what would persuade a person to build such a thing and quite frankly, we really wish we never had to lay eyes on it. We get the feeling this looked a lot cooler in the builder’s head, but they are still driving it around, so it seems they aren’t that ashamed of this unfortunate-looking ride. 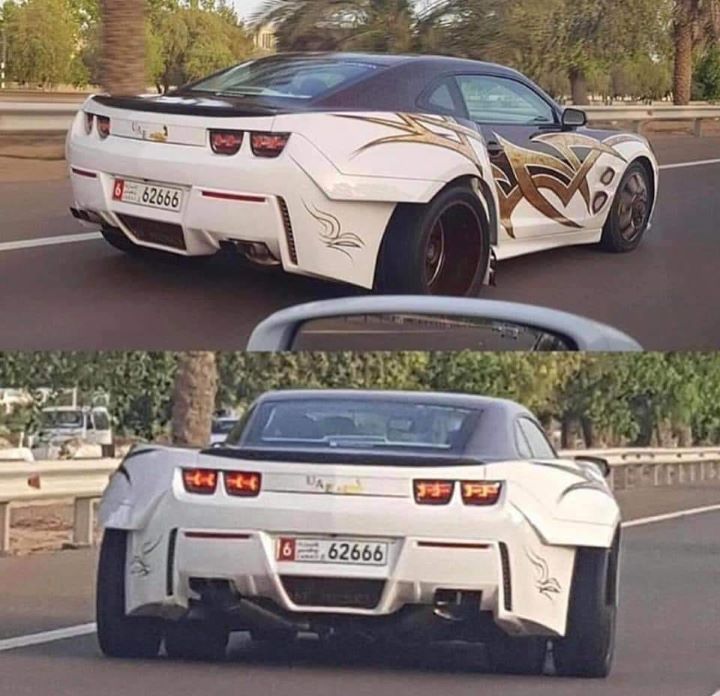 This extra, extra widebody Chevrolet Camaro, which was spotted in Dubai, looks like a bad Photoshop job came to life. It has some weird dual-wheel rear axle setup going on out back (potentially pulled from a heavy-duty truck?) and also appears to have skinny 10-lug front wheels, as well. Custom wheel well vents, a terrible vinyl wrap and the widest flared fenders you’ve ever laid eyes on round out this undeniably odd package. 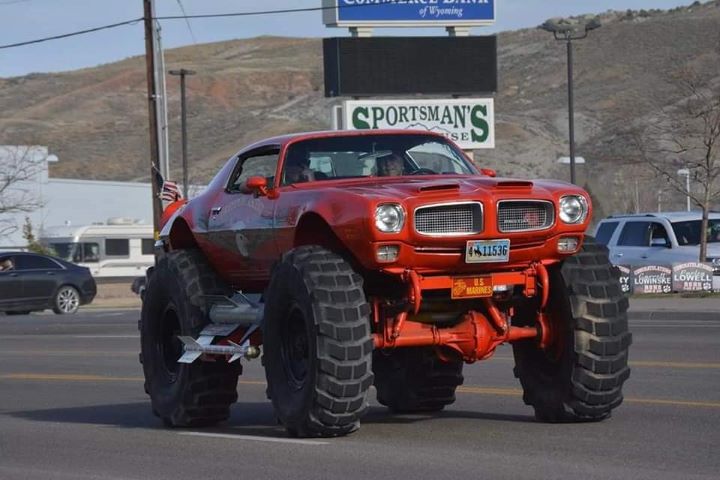 The Pontiac Firebird was definitely never meant to be an off-roader, but that didn’t stop this guy from jacking his up and throwing huge 44-inch mudders on it. Don’t overlook the freedom-lovin’ custom paint job and missile-shaped side steps, either. 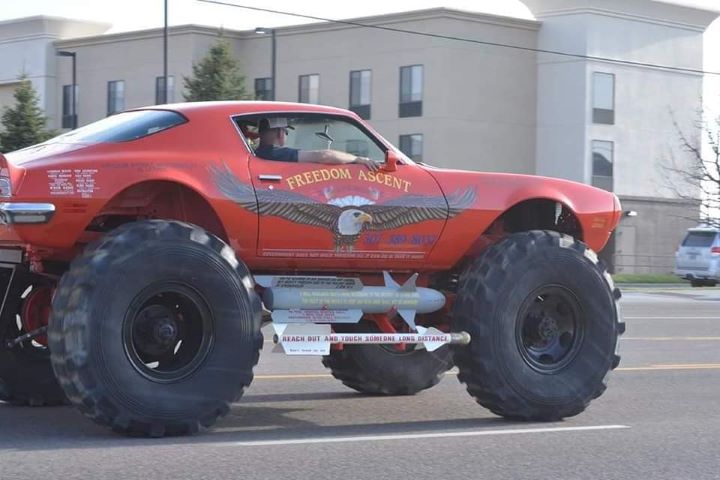 We doubt this extra-tall Firebird ever actually goes out rock crawling or mudding, but hey, we’re sure it’s decent fun to cruise around in. 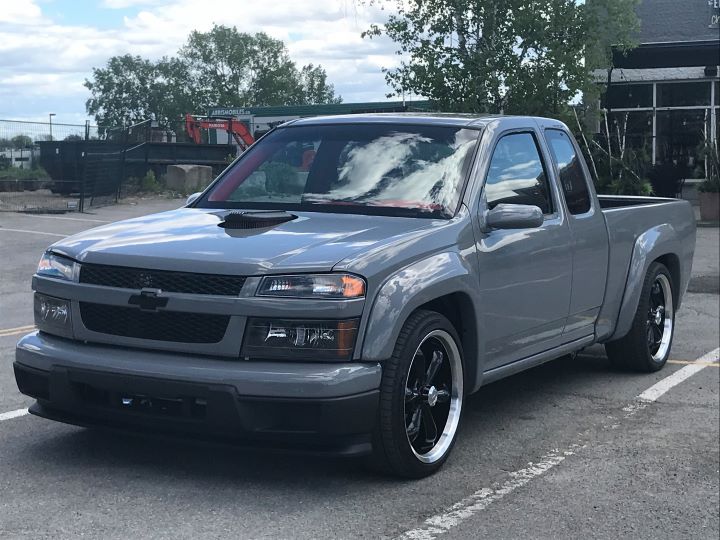 From the front, this Chevrolet Colorado doesn’t seem so bad. With lowered suspension, a carburetor poking through the hood, black Torqthrust wheels and nice, glossy grey paint job, this looks like a clean sport truck, right? Wrong. 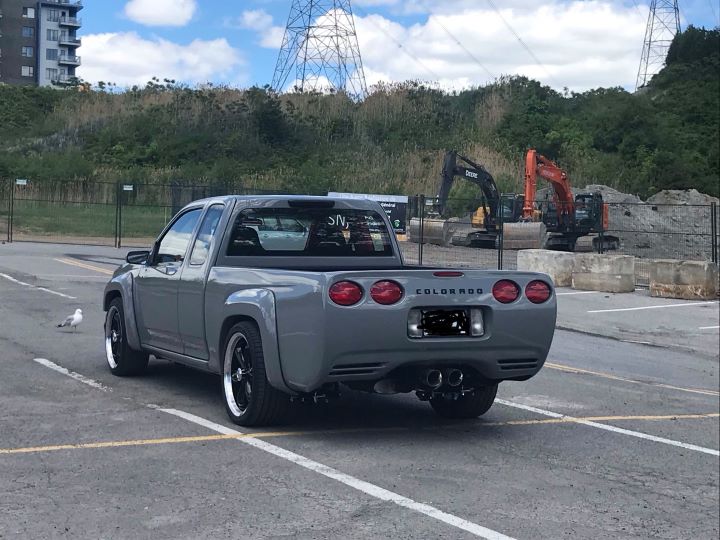 Move out back and things very quickly go awry with an awkward-looking C5 Corvette rear fascia and shaved door handles. Thanks, but we’ll pass! 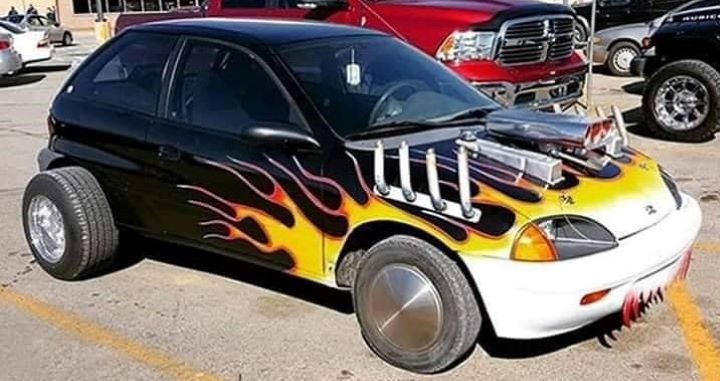 If this Geo Metro owner is joking, we commend their sense of humor. The fake supercharger, valve covers and upward-facing exhausts combined with items like the wide rear tires and flame decals make this a rather comedic parody of a traditional dragster, though we’re not sure anyone will be fooled by its little getup. 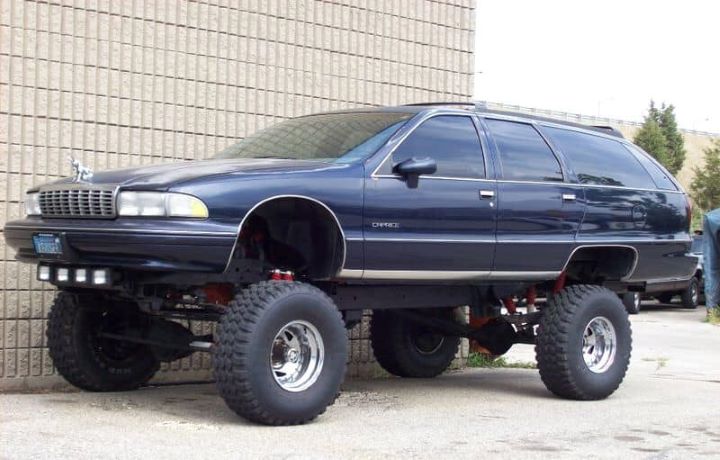 Okay, we admit, this lifted Chevrolet Caprice wagon is pretty cool. It definitely isn’t for everyone, and we probably wouldn’t want to drive around in a lifted old Caprice all day, but we can respect the build. 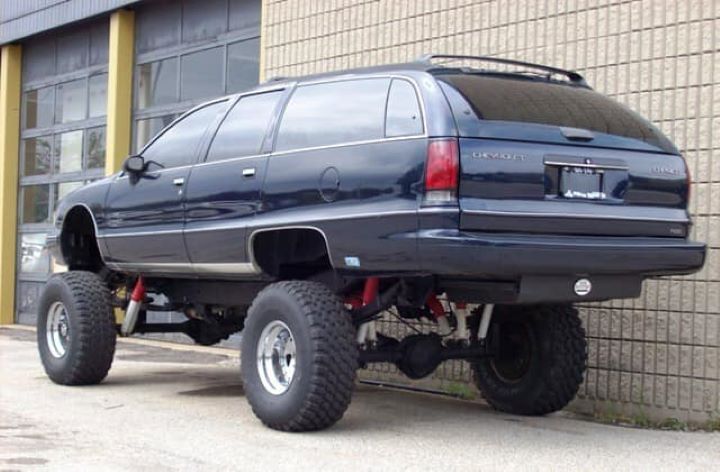 This Caprice also looks as though it is properly set up for off-roading, though we still doubt it sees a trail or the dunes very often, if at all. 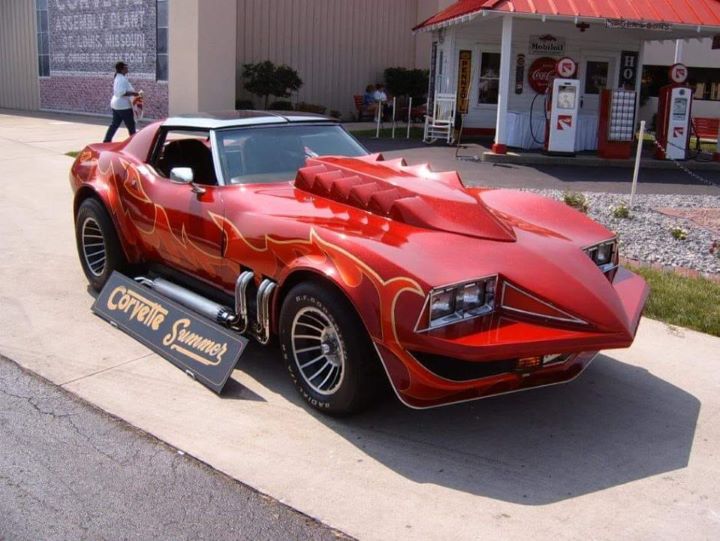 We think this C3 Corvette’s insane bodywork is designed to make it look like a dragon, but we can’t be 100 percent sure. It looks more like some sort of deranged bird rather than a dragon, though, so we don’t think the makeover has really worked. What a shame. 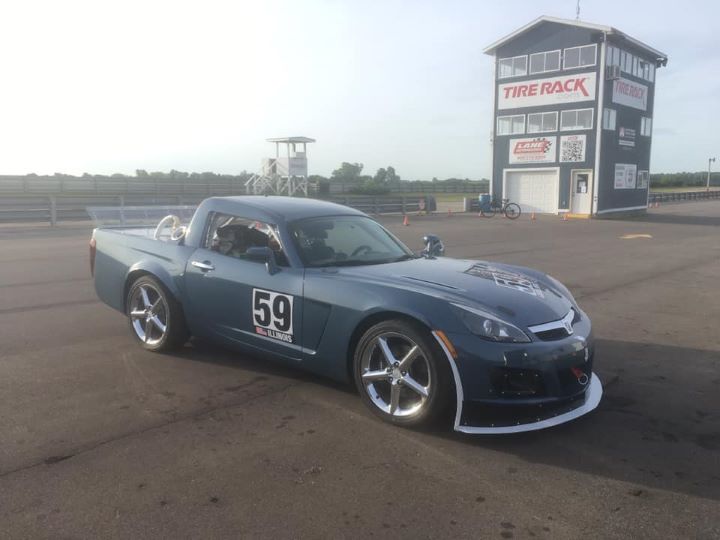 This is another, uh, creative build that we can’t in good conscience make fun of. We believe this is some sort of Saturn Sky/Chevrolet Colorado combination and it appears to have been built with road course racing or time attack in mind. It even features a quick-fill fuel system, a roll cage and a huge, NASCAR-style rear spoiler. 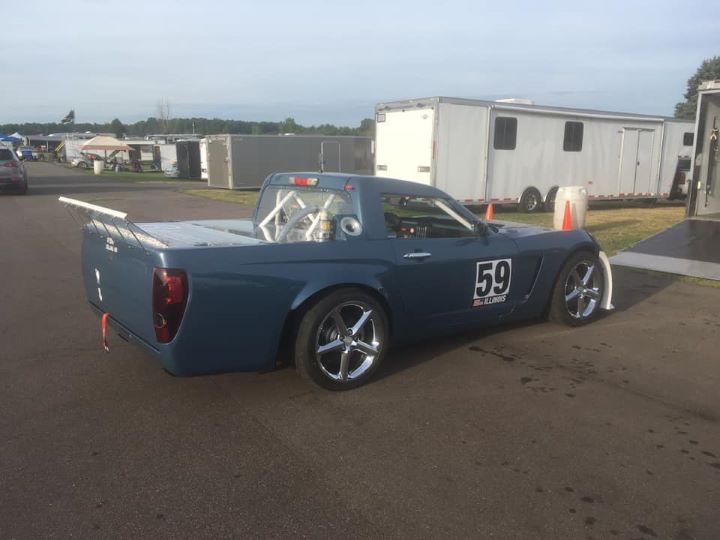 This mad creation looks like it would be a blast to drive on track and also looks well to be pretty well built. The shape of it almost reminds us of a NASCAR modified, as well. Not bad at all! 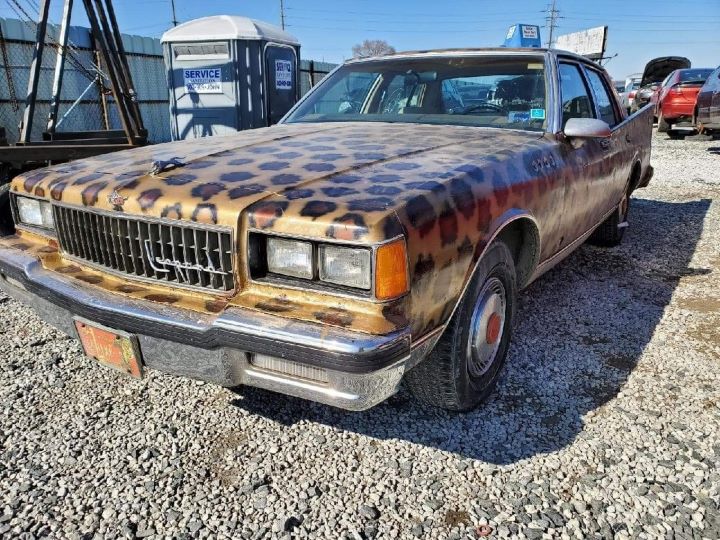 This third-generation Chevrolet Caprice really offers a lot to look at. 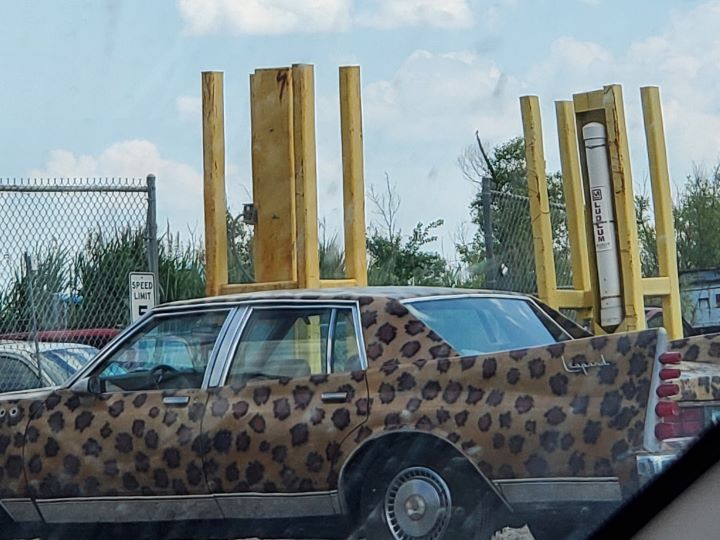 The Cadillac-style rear fins and leopard print paint job will most likely draw your attention first, but the custom ‘Leopard’ badging, five-segment taillights and ‘Pierogi Fest’ bumper sticker are not to be overlooked, either. 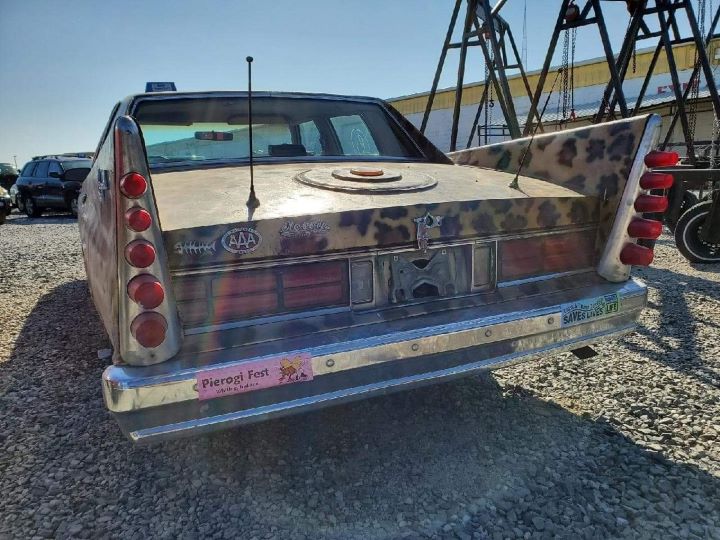 The only thing weirder than this ‘Leopard’ Caprice is the driver, we’re willing to bet. 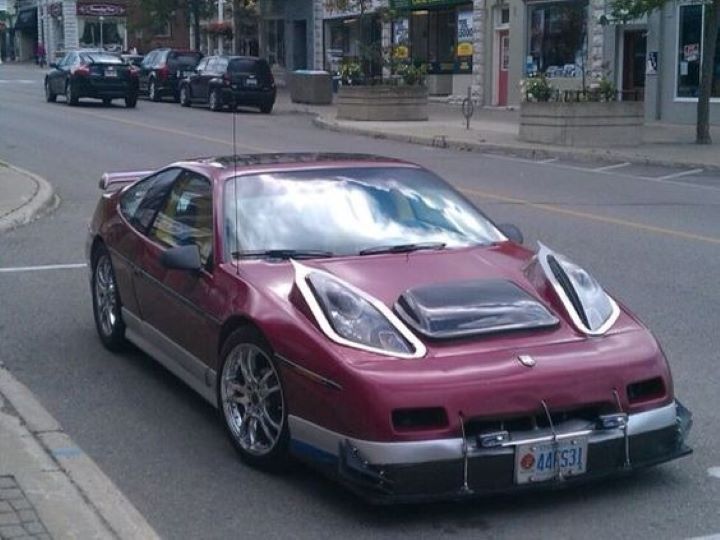 This Pontiac Fiero looks just as surprised to see us as we were to see it. We have no idea what kind of look the builder was trying to replicate with these custom lights, but to say it has ruined the otherwise inoffensive Fiero would be an understatement. It looks like an angry bug.

Tune in next month for even more awful General Motors car mods and feel free to send us photos of any terrible custom cars you come across, too.