Chevrolet had two chances to take its first win of the 2020 NTT Data IndyCar Series season at Road America this past weekend, but left empty-handed after an action-packed double-header at the iconic 4.048-mile circuit. 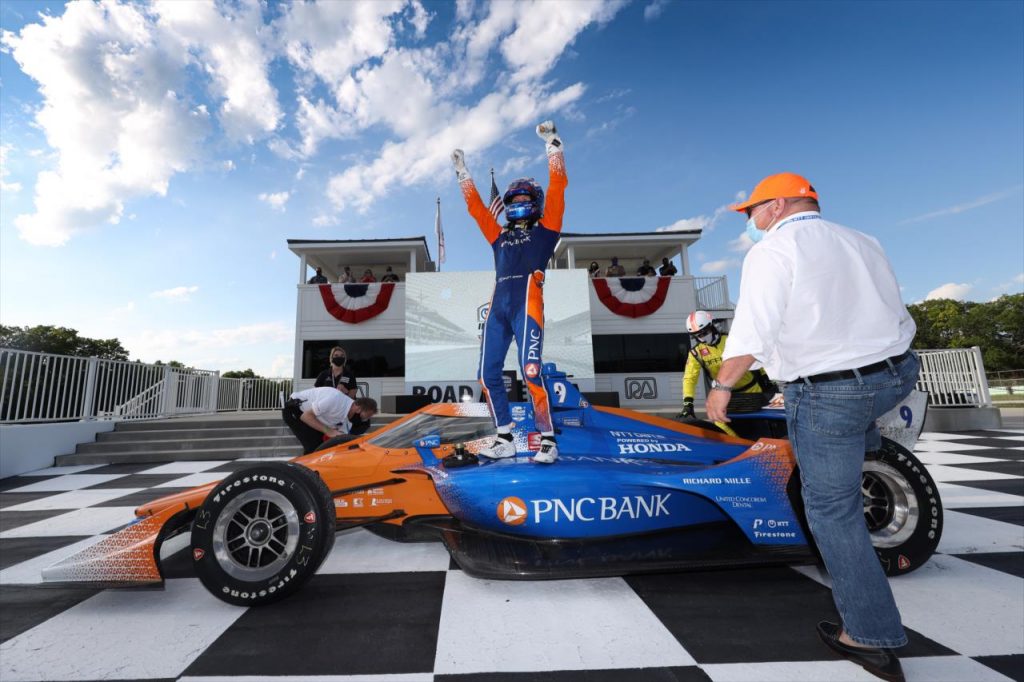 The first race of the weekend was won by none other than Scott Dixon, but he didn’t take victory in his usual dominant fashion. The Kiwi qualified ninth for the start and drove a slow and steady opening two stints, keeping his nose clean as he ran in the middle of the pack. He emerged from the pits on Lap 28 following his second and final stop of the race and was surprised to find out that he and the Team Penske Chevrolet of Will Power had moved into the lead – thanks in part to their extremely quick in- and out-laps.

“I don’t know how that happened, man,” Dixon told IndyCar.com post-race. “We came out of the pits (on Lap 28), and they said, ‘You and Power are first and second.’ I was like: ‘How? How?’ I know we had huge out laps and a big in lap, as well. Definitely proud to be powered by Honda here.” 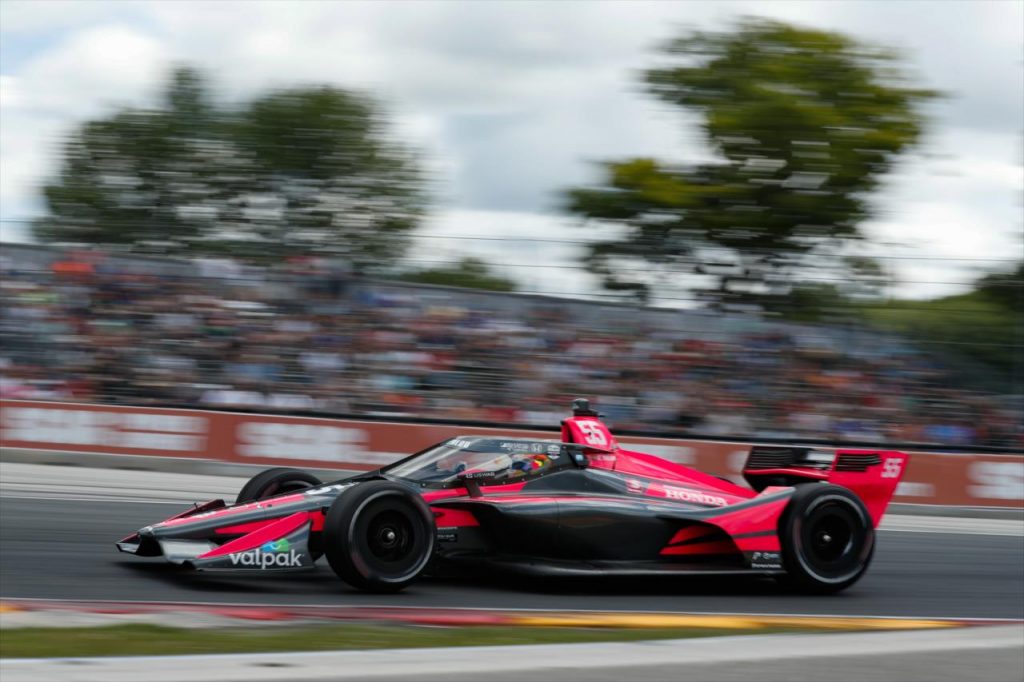 Power finished Race 1 in second to put Chevy on the podium, while rookie Alex Palou made it a Chevrolet sandwich with a third place finish in his Dale Coyne Racing/Team Goh Honda. 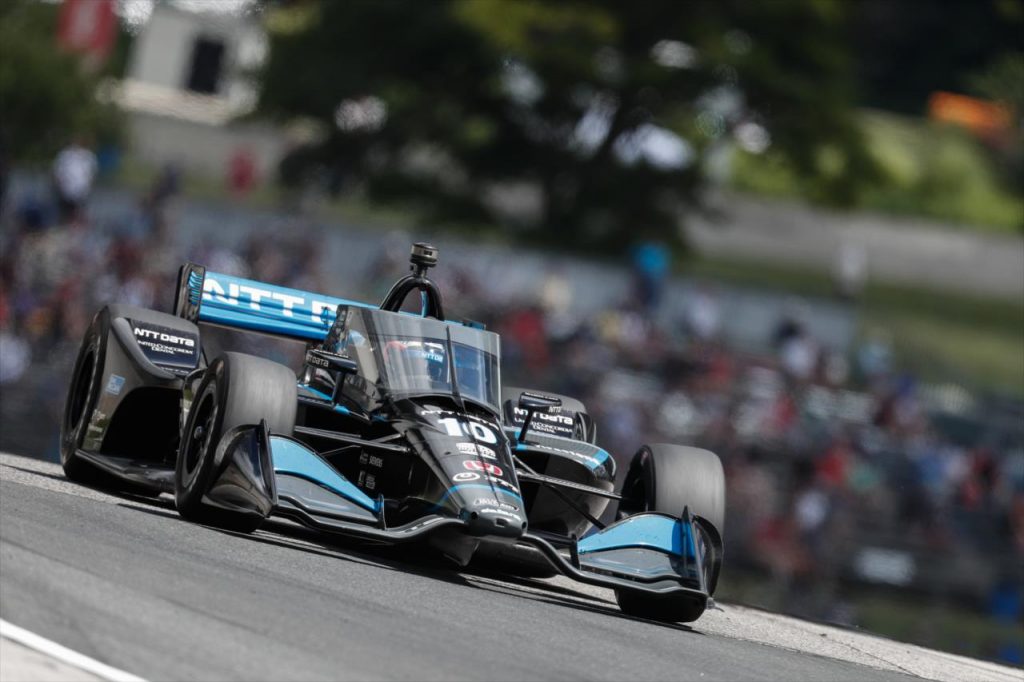 If Race 1 was a battle between the old guard of Dixon and Power, then Race 2 was the exact opposite. McLaren young gun Pato O’Ward qualified P1 for Race 2 and lined up alongside 20-year-old Colton Herta on the first row, who was second in his No. 88 Harding-Steinbrenner entry. O’Ward dominated the race, leading 43 of 55 laps, but was passed by Felix Rosenqvist with just two laps remaining after the young Mexican driver used up his soft compound red sidewall tires. The Swede went on to take his first IndyCar victory of his career, while O’Ward was second in his McLaren Chevy. Alex Rossi overcame his recent string of bad luck to complete the podium. 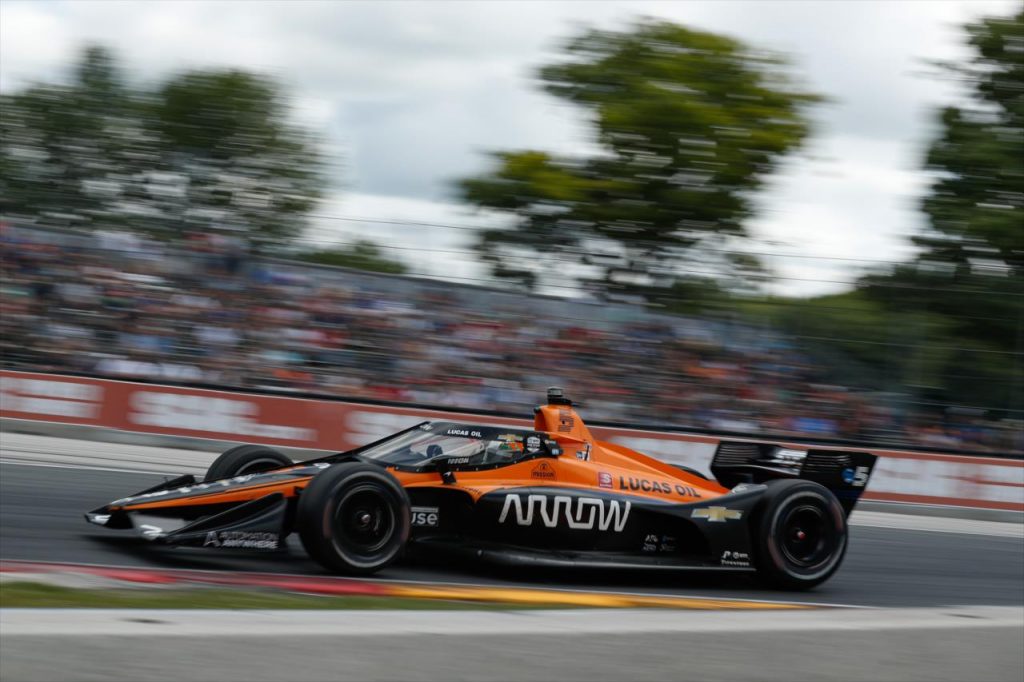 Re-live all the best parts from this past weekend’s REV Group Grand Prix IndyCar doubleheader from Road America in the two videos embedded below.