General Motors’ next-gen full-size SUVs have finally dropped cover, but unfortunately, the lineup currently does not include any high-performance model variants. Naturally, we saw this as an opportunity to dream up our own version of a hot-to-trot GM SUV, previously posting our digital rendering of a 2021 Chevrolet Tahoe SS. Now, we’re applying the same go-fast gloss to the ‘Burban, and the result is this 2022 Chevy Suburban SS.

Just like the Tahoe SS we published previously, there are currently no official plans to create a Chevy Suburban SS, with some discussions surrounding the prospect of such a vehicle, but nothing approved as of yet. As such, we did this rendering just for fun.

So then, the questions is this – what does our 2022 Chevy Suburban SS rendering have to offer? 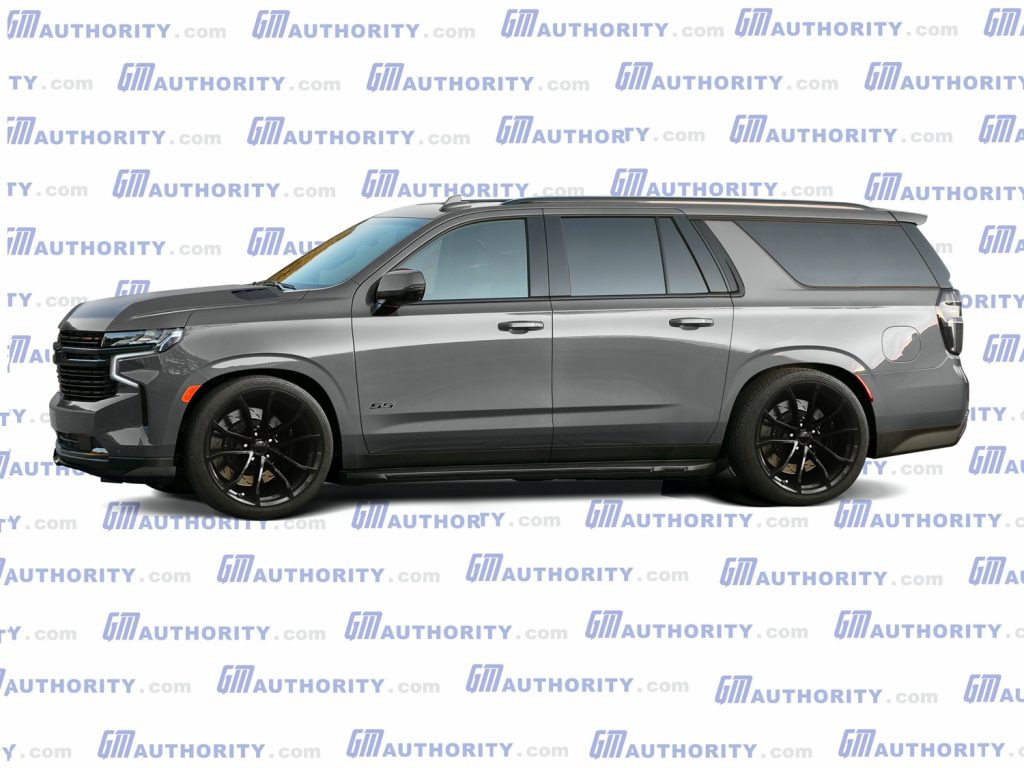 For starters, it looks the part of a performance utility thanks to a lowered stance, with the body hunched over large alloy wheels wrapped in performance rubber. The wheels and tires are both wider than the standard Chevy Suburban, and come with a black finish that complements a number of black accents throughout.

The grille is blacked out, as are the running boards, the latter of which double as side skirts for aero purposes. The roof rails and DLO treatment are also black. An SS badge can be found on the door, and quad exhaust pipes are mounted in back. 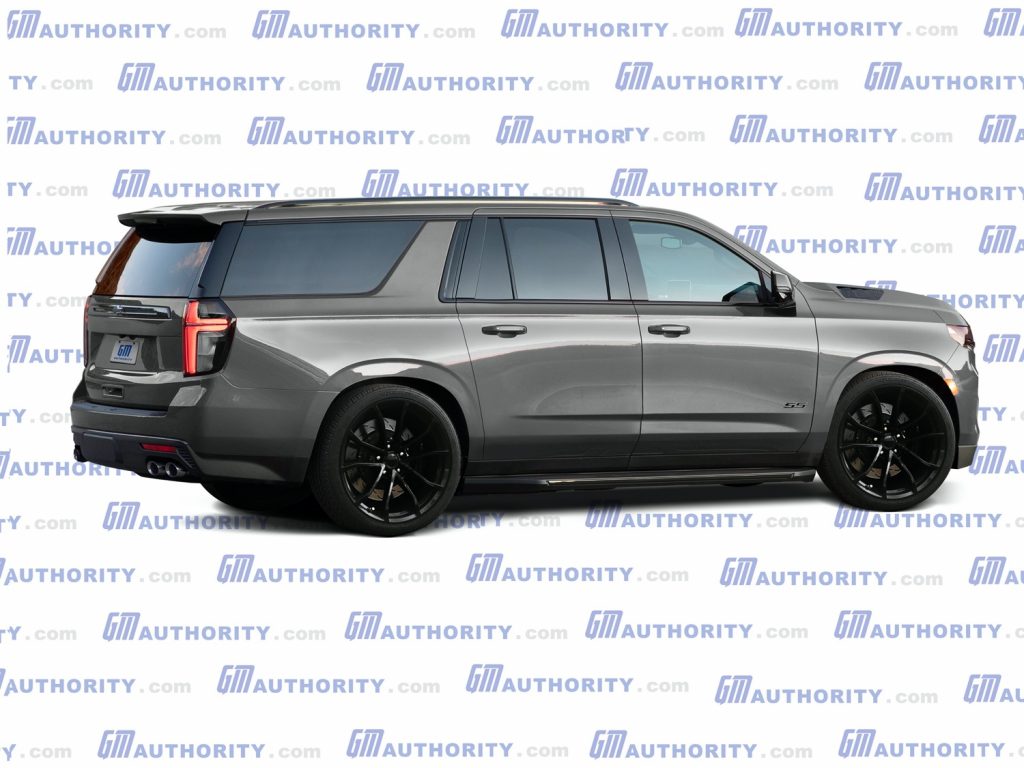 The main party piece is the supercharged 6.2L V8 LT4 engine, which hits the pavement by way of 4WD grip. The suspension gets Magnetic Ride Control and Air Ride Adaptive Suspension for the lowered ride height and improved handling.

As a reminder, the standard Chevrolet Suburban was re-engineered and redesigned for the 2021 model year, slotting in as the 12th generation for the nameplate. Customers are offered three engine options, including the naturally aspirated 5.3L V8 L84, the naturally aspirated 6.2L V8 L87, and the turbodiesel 3.0L I6 LM2 Duramax. The latest Chevy Suburban is built on the all-new T1 platform, and is produced at the GM Arlington plant in Arlington, Texas. Production kicked off earlier this month.

What do you think of our 2022 Chevy Suburban SS rendering? Let us know in the comments, and make sure to subscribe to GM Authority for more Chevrolet Suburban news, Chevrolet news, and around-the-clock GM news coverage. 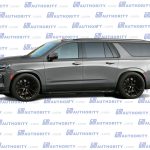 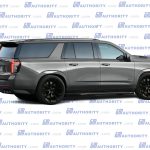