FCA has unveiled the 2021 Dodge Durango SRT Hellcat, framing it as an SUV “for muscle car people with families.” The new high-performance utility joins the Dodge Challenger and Dodge Charger in the Hellcat lineup, and comes with an upgraded exterior and interior, plus more than 700 horsepower under the hood. General Motors has no direct rival. 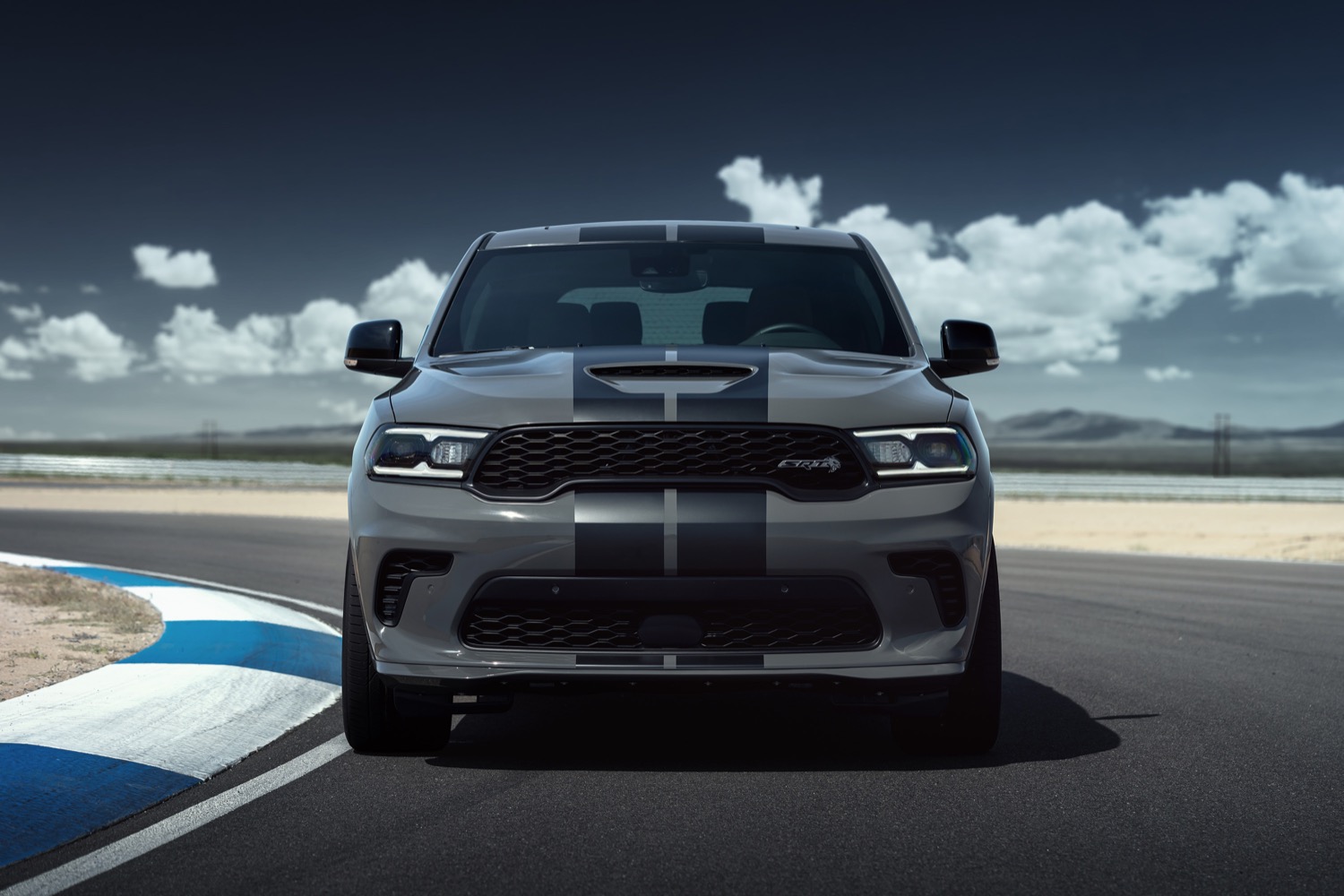 Let’s cover the most important numbers first. Making the go is the familiar 6.2L Hemi Hellcat V8, which is stuffed by a twin-screw rotor supercharger to produce 710 horsepower and 645 pound-feet of torque. Output is routed through the TorqueFlite 8HP95 eight-speed automatic transmission. 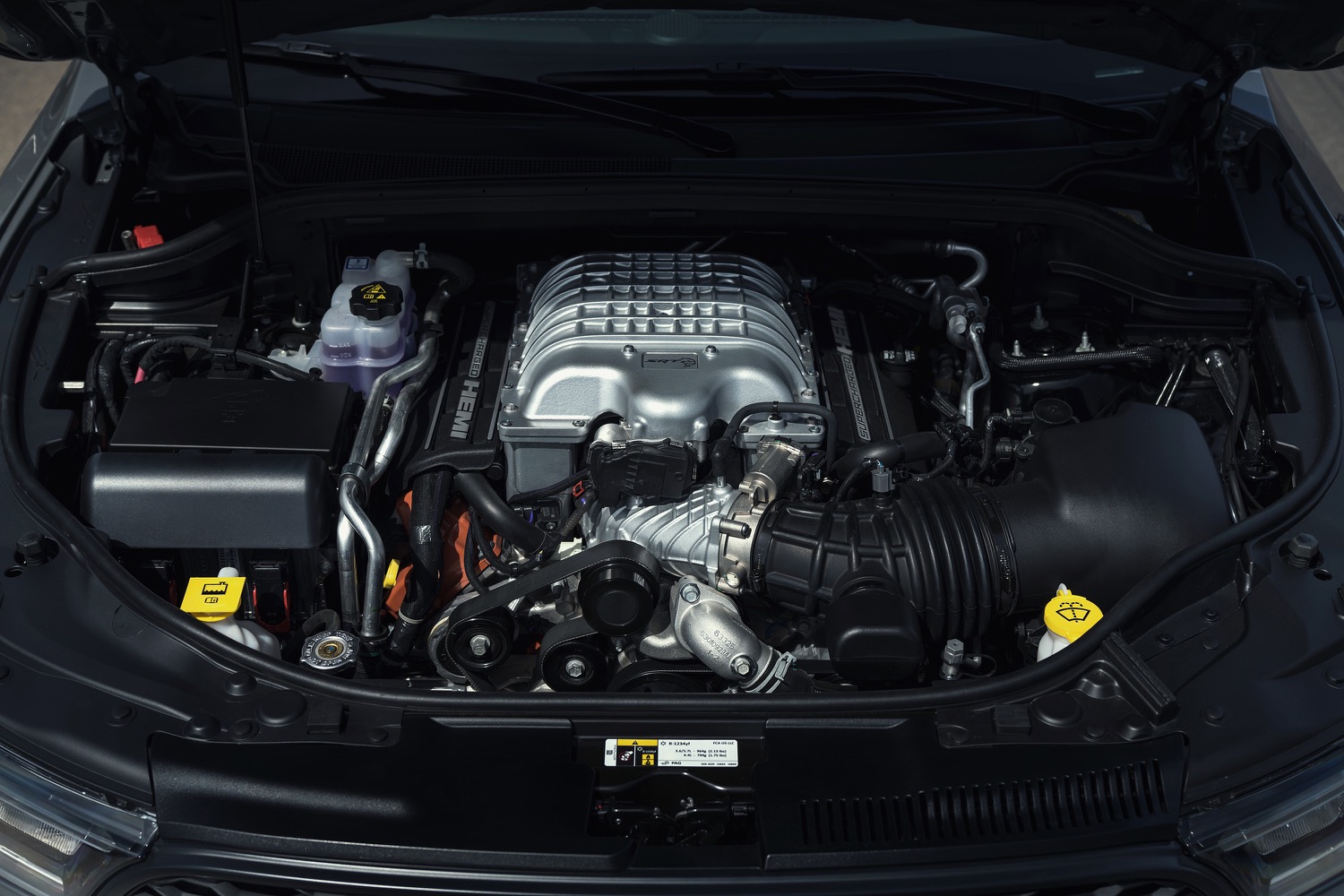 The new Dodge Durango SRT Hellcat is quick by any measure, sprinting to 60 mph in 3.5 seconds, and down the quarter mile in 11.5 seconds. Top speed is rated at 180 mph. FCA also states the Hellcat SUV will run around a 2.1-mile road course 1.5 seconds quicker than the previous top-dog Durango, the SRT 392. 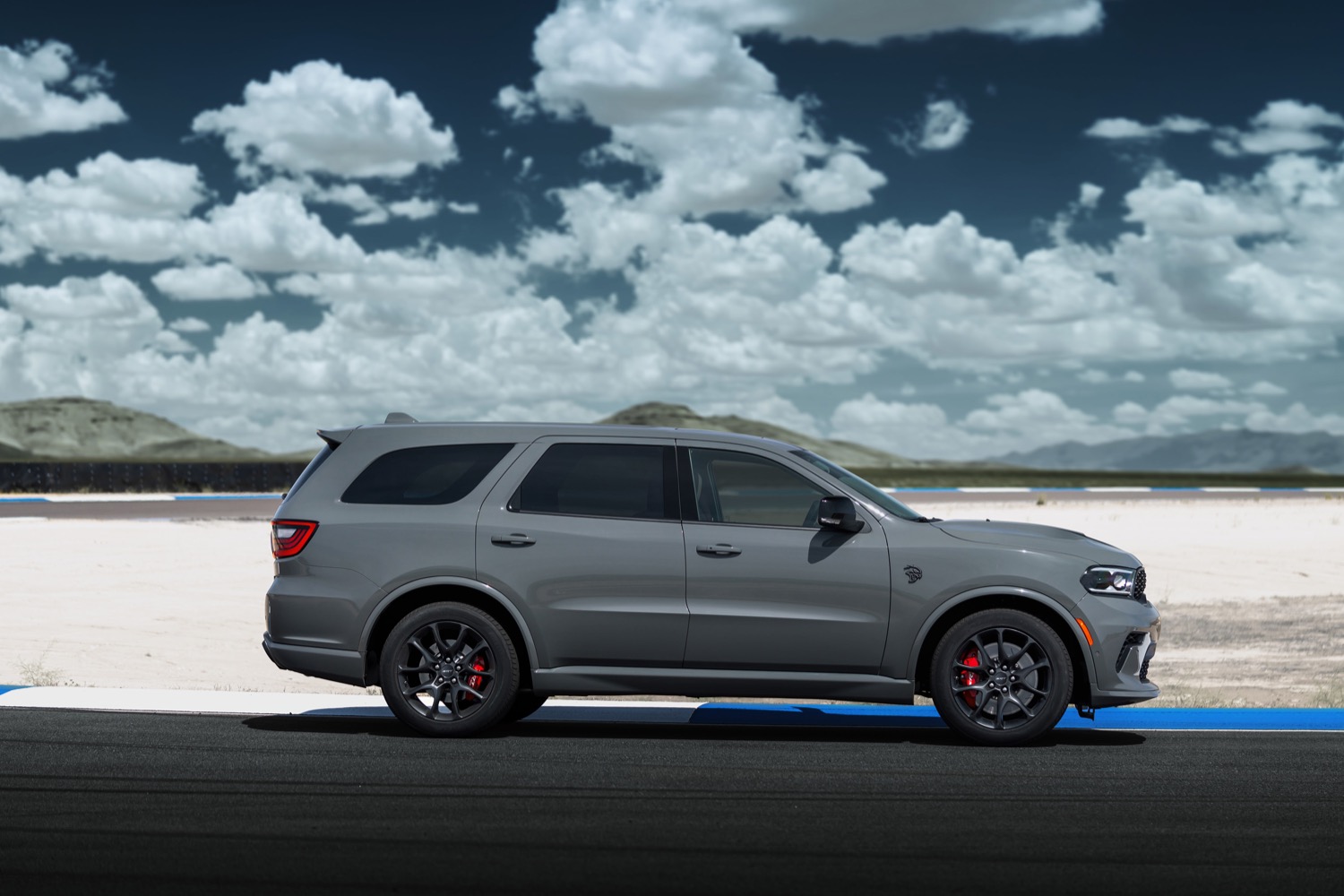 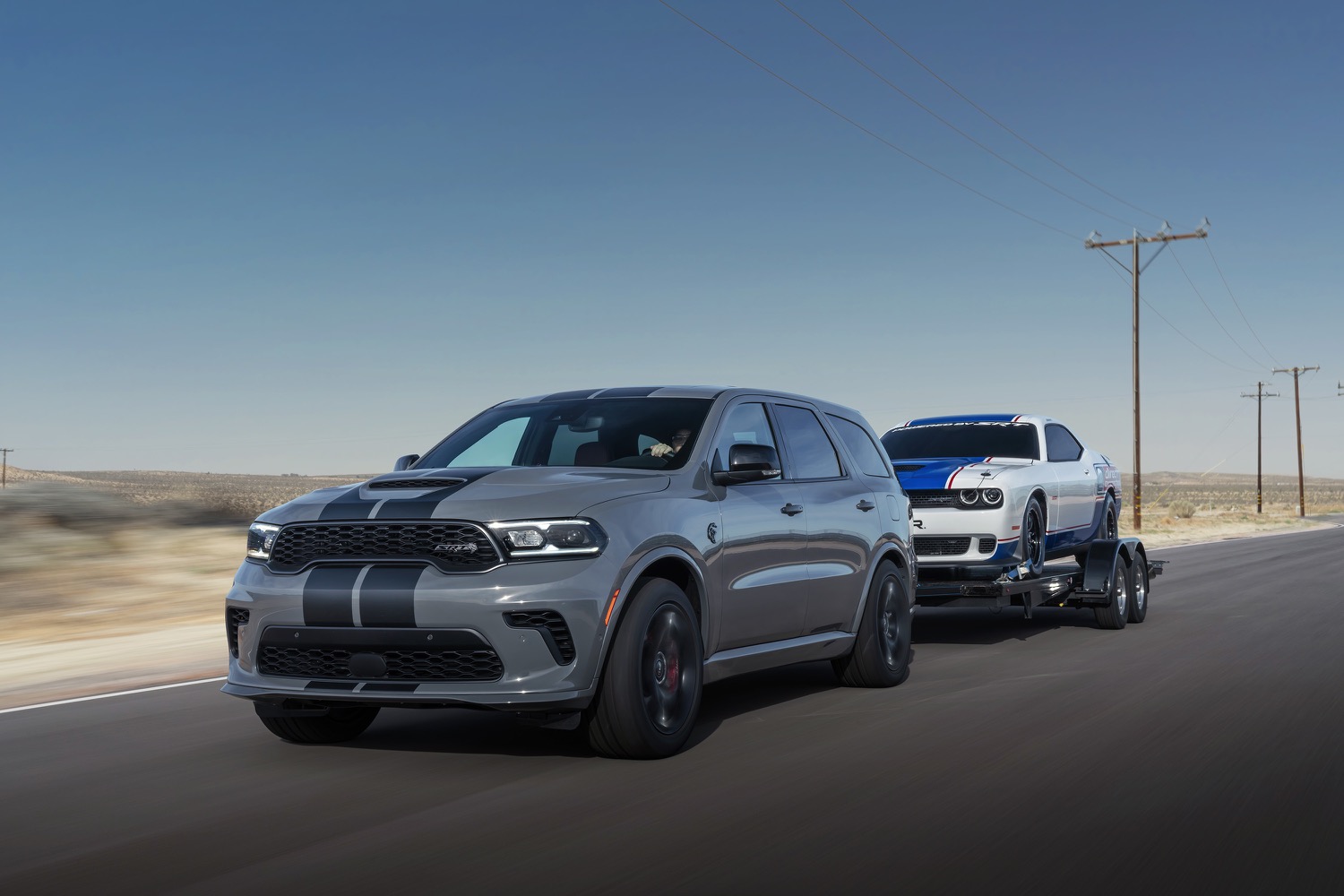 Slowing the new Hellcat SUV is a set of mammoth Brembo brakes, with six-pots in front and four-pots in the rear. The calipers clamp vented 15.75-inch rotors in front, and vented 13.8-inch rotors in back. The suspension was also upgraded to match the power on tap. 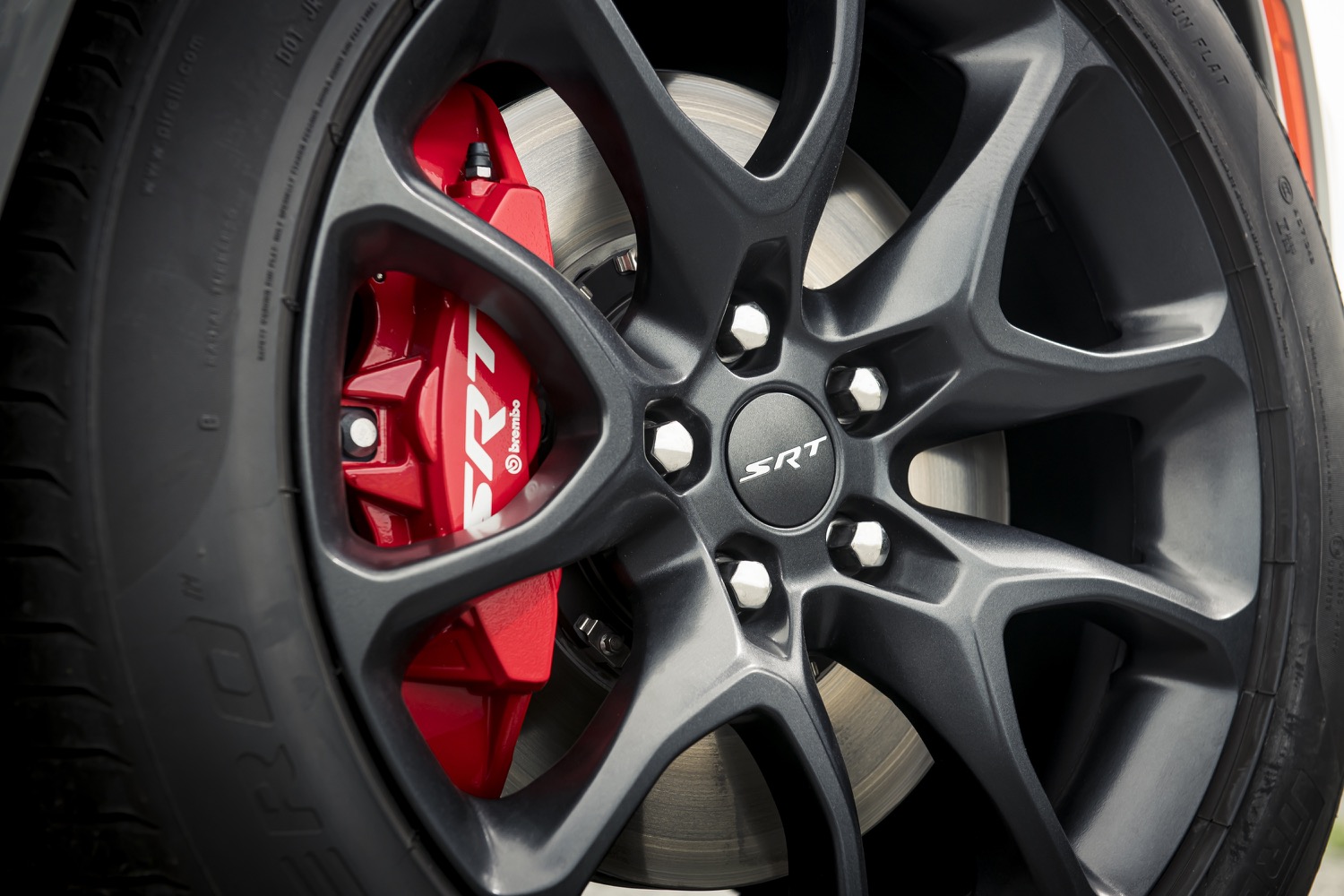 The new Durango Hellcat takes after the Charger in terms of front fascia styling, and comes with LED lighting. The fascia also sports a pronounced chin splitter, an engine oil cooler duct, and cold air induction. The rear boasts a unique rear spoiler, which creates 140 pounds of downforce at 180 mph. 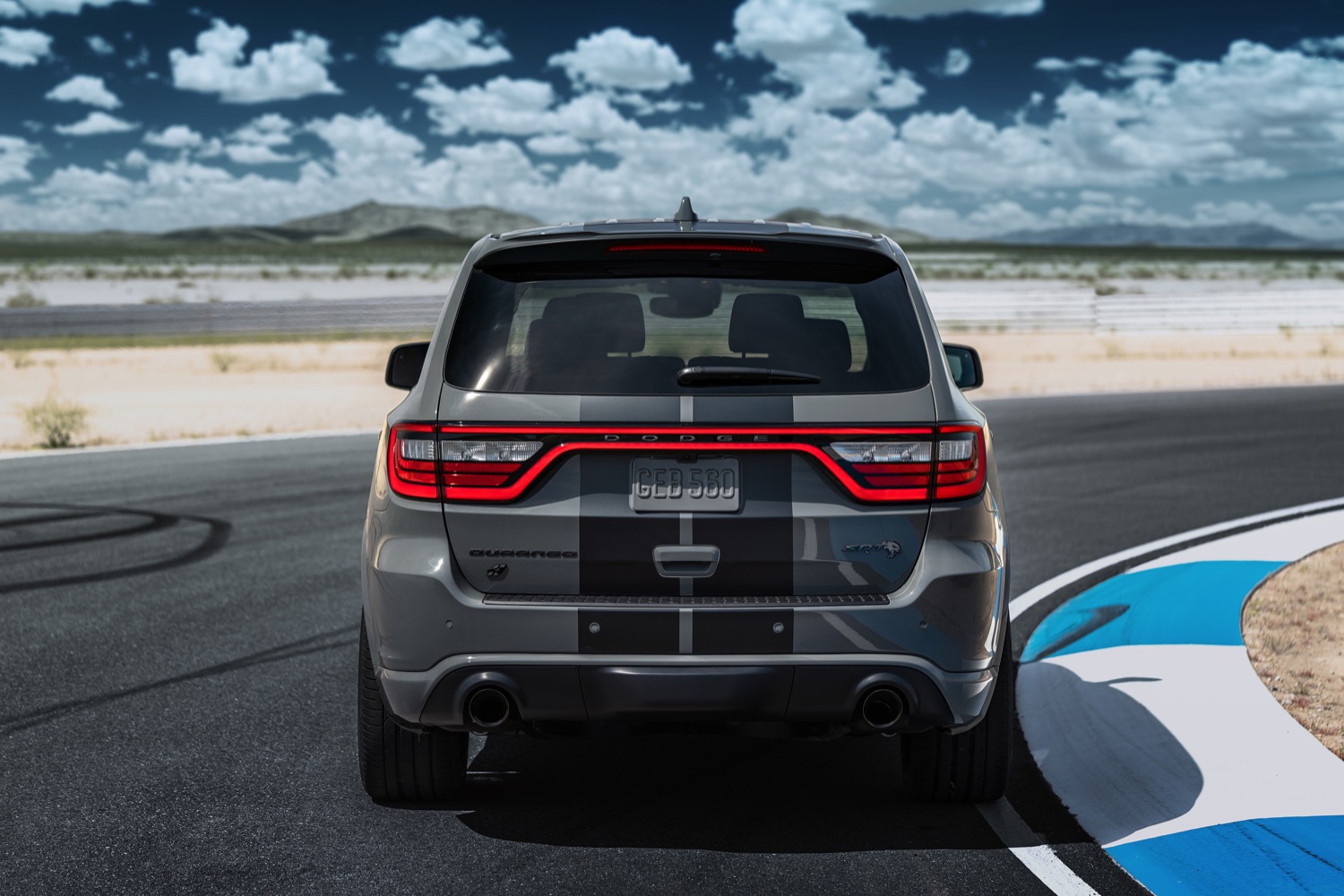 The interior was redesigned as well, and is highlighted by Uconnect 5 infotainment and a 10.1-inch touchscreen.

Dealer orders for the 2021 Dodge Durango SRT Hellcat open this summer, with deliveries arriving in the fall. FCA states this particular model will only be built for the 2021 model year. 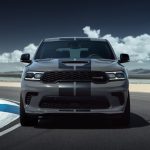 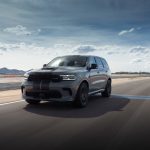 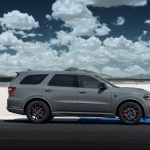 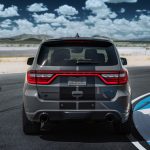 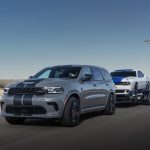 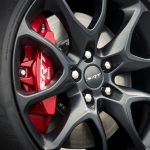 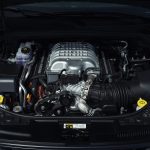 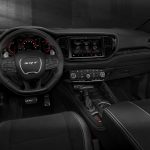