We recently spent a healthy amount of time behind the wheel of the 2020 Chevrolet Blazer, the Bow Tie brand’s new two-row midsize crossover positioned between the Equinox and the Traverse. We received many inquiries about the vehicle in our call for questions, so it’s time for us to answer what we believe to be the most relevant ones.

As a reminder, our test unit was the Blazer RS, which comes standard with the V6 engine and the twin-clutch all-wheel-drive system.

The Blazer rides on the GM C1 platform shared with the GMC Acadia and Cadillac XT5, but General Motors used a unique implementation of the architecture by widening the Blazer’s front and rear track compared to those models.

Our unit was painted in the optional Iridescent Pearl Tricoat color which adds $995 to the vehicle’s price.

A: We actually love the way the 3.6L LGX V6 sounds in the Blazer. None of the sounds are artificially enhanced, so what we hear is the engine’s actual sound, which we found to be pleasant and never annoying.

The engine is quiet when cruising around town and when cruising on the highway, but delivers a satisfying intake snarl at higher rpm. We were also pleased by its lively throttle response.

Q: Why is the Blazer so tight and snug fitting? Americans are NOT getting smaller.

A: This is a good question as it refers directly to the Blazer’s product placement. It’s important to remember this vehicle’s purpose, which is to satisfy the growing demand for midsize, two-row crossovers. Direct rivals include the Ford Edge, Nissan Murano, Honda Passport, upcoming Toyota Venza and Volkswagen Atlas Cross Sport. The idea is to offer a midsize utility vehicle, but in a maneuverable and stylish package.

Overall cabin space is right in line with these models, and we think the 2020 Chevrolet Blazer actually fills that description perfectly. 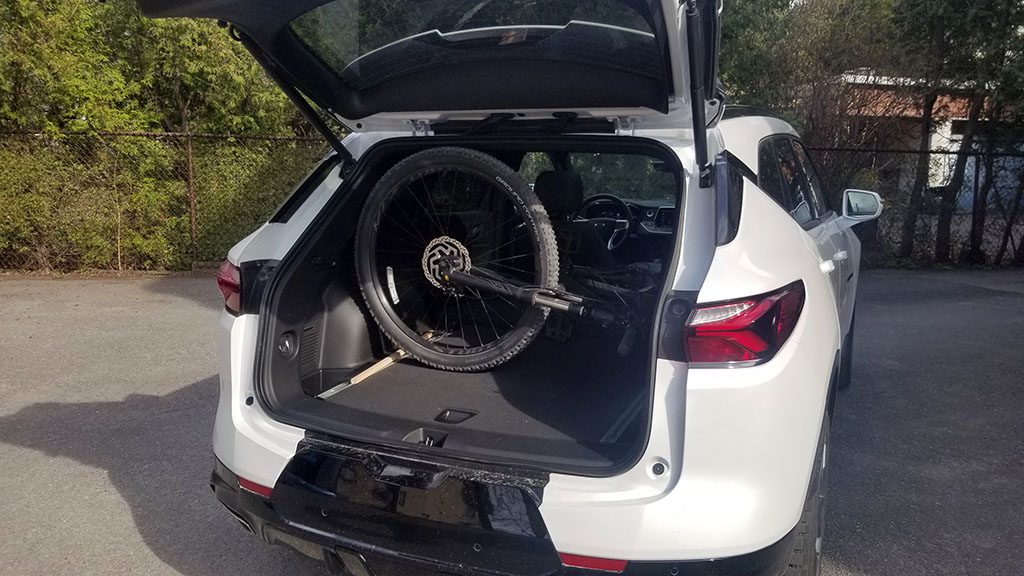 In fact, at no point during our time did we find the vehicle to be small or lacking, as far as space was concerned. That said, if maximum passenger and cargo space is truly important, then one can always move up to the Traverse, which offers more space than all of its rivals. And if one needs or desires more space still, then there’s always the humongous Tahoe and Suburban.

The only fault for the Blazer as far as space is concerned is when it comes to cargo room, as its maximum of 64.2 cubic feet cargo room (with the second row folded) is eclipsed by almost all direct rivals, we were still able to fit a fully-assembled mountain bike in its trunk. At the end of the day, we found the Blazer to be quite spacious and practical. 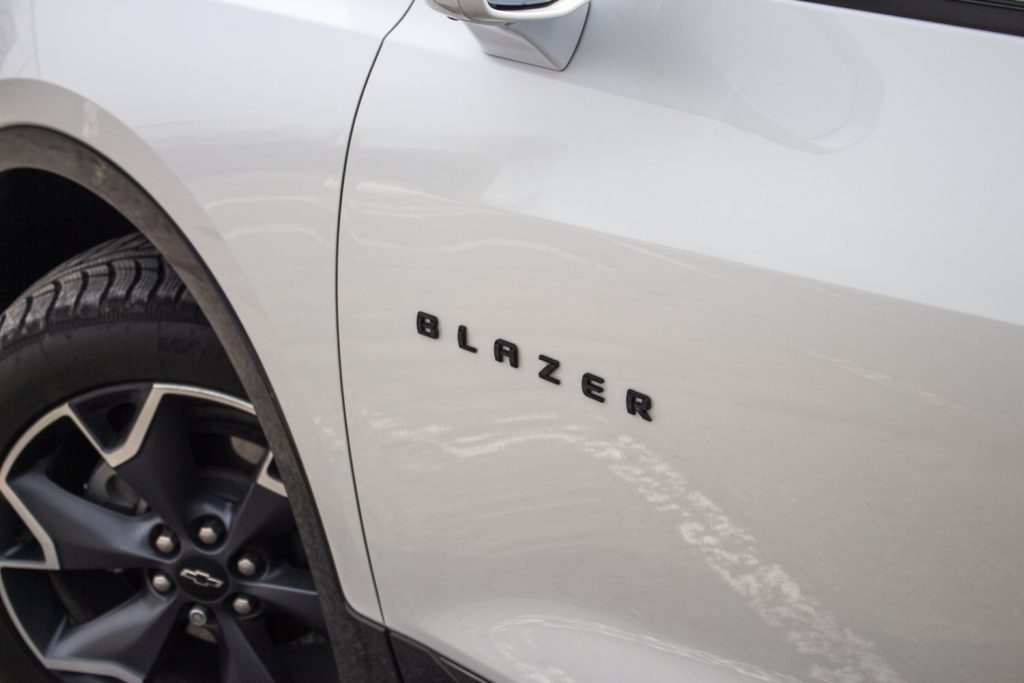 Q: What kind of real-world gas mileage did you guys get?

A: We drove the 2020 Chevrolet Blazer during warm spring weather in both urban and highway situations. Our best fuel consumption average after a full tank of 87-octane gas was a smidge under 22 mpg combined. That’s actually slightly better than the EPA’s official figure of 21 mpg combined (18 mpg city / 25 mpg highway).

Q: Is there a start/stop kill switch?

The Blazer’s start/stop switch is located to the left of the infotainment screen, next to the hazard lights button. However, the feature is automatically re-enabled at each ignition/key cycle, meaning that those who truly wish to disable the feature will need to do so every time they start up the SUV. 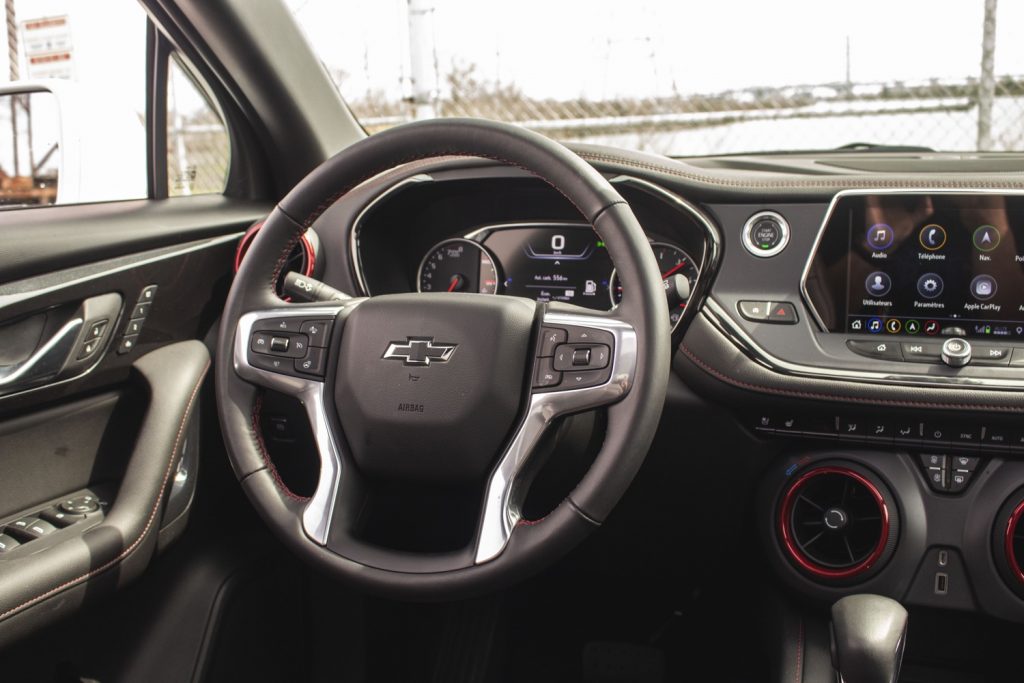 Q: We’re looking to change our Cadillac XT5 for this. Is the Blazer’s cabin just as quiet as a Cadillac’s?

A: Not exactly. Cadillac goes to great lengths to deliver a cabin that’s both quiet and refined. In that regard, the Blazer’s NVH levels are higher than those of the XT5, particularly at highway speeds. That said, the Chevy still delivers a quiet and comfortable cabin, it’s not just as whisper quiet as that of the Caddy. 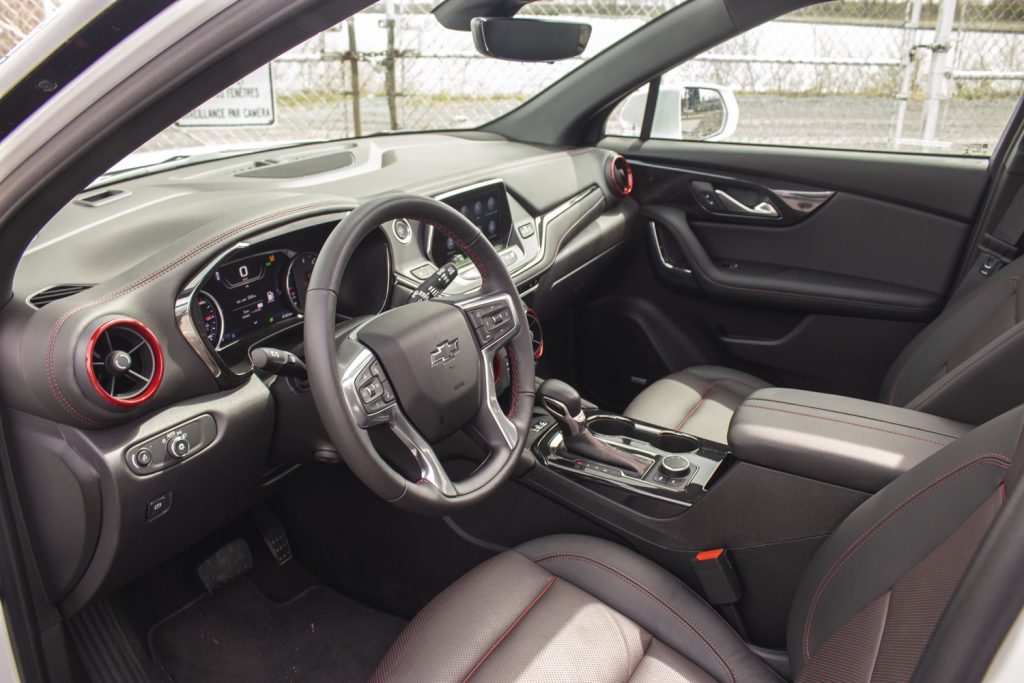 Q: What are GM/Chevy’s plans for a SS version?

A: Our answer to this one will be rather blunt: no, there are no plans for a more powerful version of the current-generation Chevrolet Blazer.

GM Authority was first to dispel the Blazer SS rumor just over a year ago, when some were speculating that GM was planning to use the twin-turbo 3.0L LGW V6 – which made 404 horsepower and 400 pound-feet of torque in the Cadillac CT6 – in an alleged Blazer SS. Such a model isn’t part of the product plan.

One of the reasons behind GM not planning high-performance Blazer is that the largest engine that the C1 architecture can fit in its engine bay is the naturally-aspirated 3.6L V6. There simply isn’t enough room for a six-cylinder engine plus the associated turbocharging hardware. Even so, we don’t believe the Blazer RS is short on power. 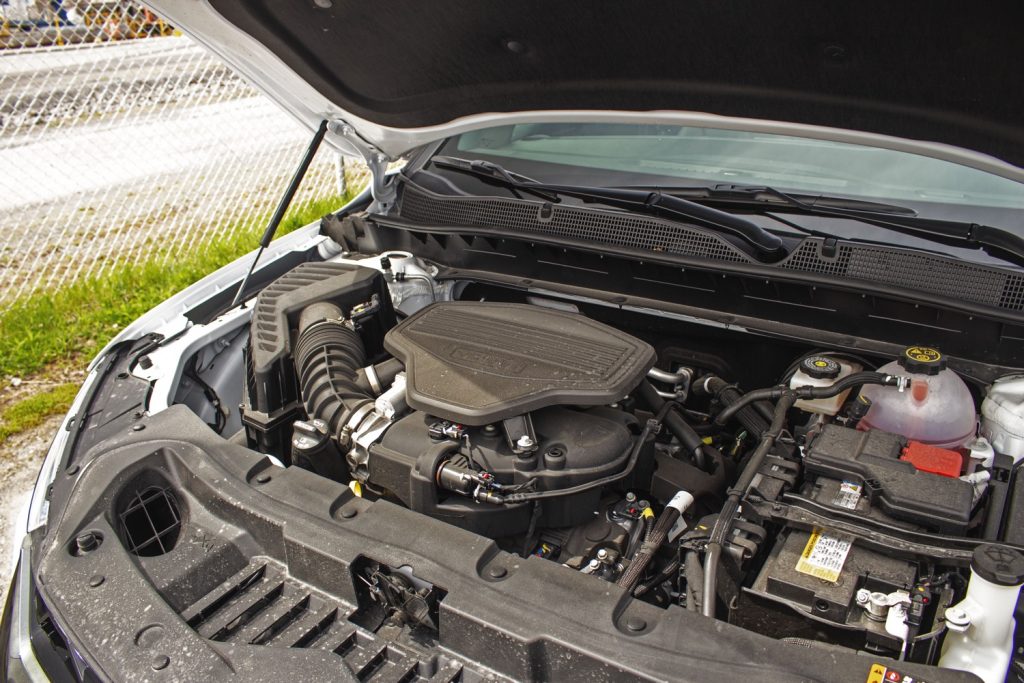 The LGX V6 develops a healthy 308 horsepower, allowing the 2020 Chevrolet Blazer to sprint to 60 mph from a standstill in around 6.5 seconds, as per instrumented tests performed by GM Authority (in a different Blazer test unit than the one in question here). If anything, tuning the naturally aspirated engine with some bolt-on parts, such as a supercharging kit being developed by Lingenfelter, should satisfy those looking for more performance.

And that does it for today’s GM Authority interactive review. Thank you all for your questions, and for reading.

We’ll have more on the Blazer soon, so be sure to subscribe to GM Authority for Chevrolet Blazer news, Chevrolet news, and around-the-clock GM news coverage.