The seventh-generation Chevrolet Suburban was offered with just one diesel engine throughout its lifecycle: the 379 cubic inch (6.2L) Detroit Diesel V8. This iron block, two-valve pushrod diesel made a rather paltry 130 horsepower and 240 pound-feet of torque – which less than many modern four-cylinder diesels. The new four-cylinder turbodiesel found in the Euro-spec Cadillac XT4, for example, is good for 170 horsepower and 280 pound-feet and it displaces just two liters – though it has the advantage of being turbocharged. 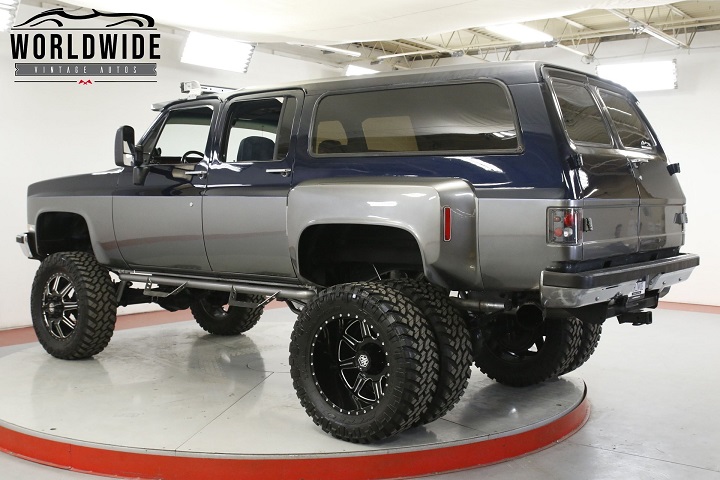 If one wants to build a more powerful seventh-gen Chevrolet Suburban diesel, then, they’re best to just drop an entirely new engine in. The builder of this custom 1989 Suburban, which is for sale at a dealer in Colorado, did just that. They pulled out whatever engine it came with (likely a gasoline I-6 or V8) and dropped in an LB7 Duramax V8 that was very likely yanked out of an early 2000s General Motors heavy-duty pickup. 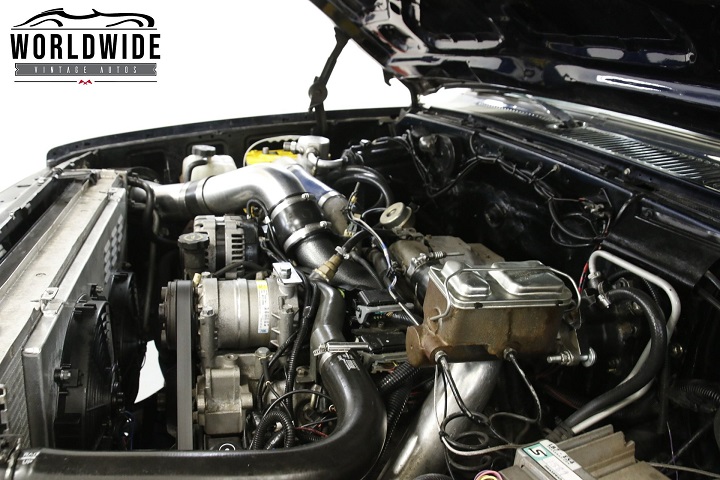 The LB7 was good for 300 horsepower and 560 pound-feet of torque from the factory and this unit has been upgraded with a FASS fuel system, larger injectors, a Banks Power wastegate and more, so it’s probably making a bit than that now. 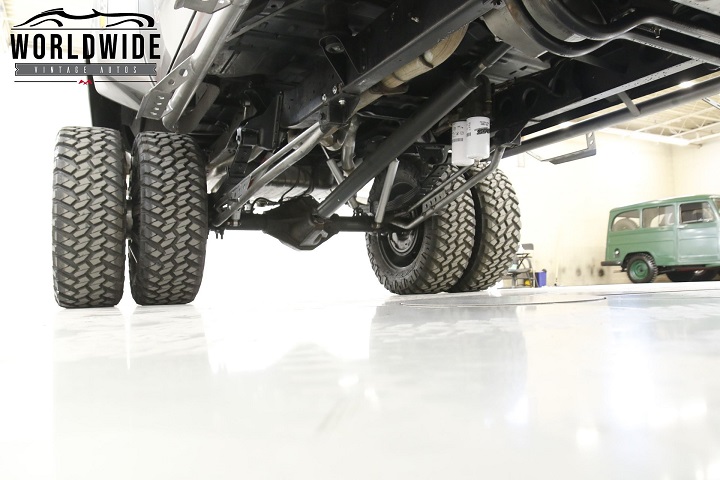 As for the Suburban itself, it has been lifted and now features a Dana 60 front axle and, more importantly, a Dana 70 dual rear axle setup. Mayhem brand custom aftermarket wheels, Nitto tires, a custom dual exhaust an LED roof light bar and two-tone paint complete this head-turning package. This custom diesel truck has 98,000 miles on the odometer and has been owned by two different people since it was built up into the dual axle beast it is today. The LB7 engine had 10,000 miles on it when it was dropped in, according to the listing. 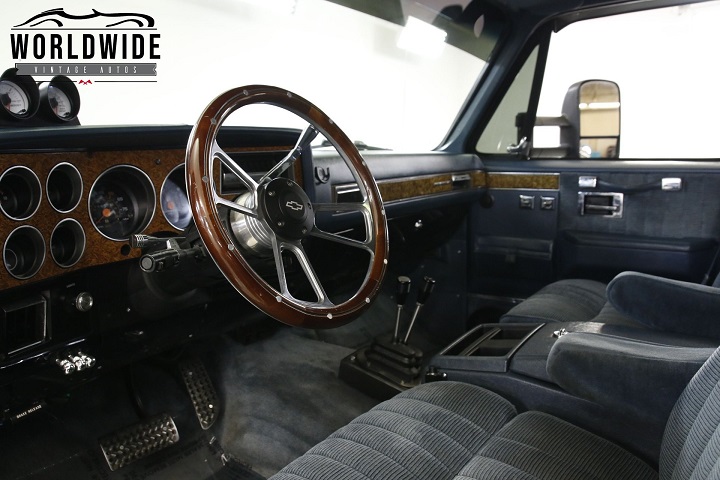 The dealership, Worldwide Vintage Autos in Denver, is hoping to get $37,900 in exchange for this custom Chevy. Think it’s worth it? Check out the listing here and let us know in the comments.