U.S. station wagon sales reached their peak in1976, with Americans buying 972,212 wagons that year – enough to account for 10% of all vehicle sales in the country. Despite this, the ’76 Cadillac Fleetwood Sixty Special was only offered as a sedan, but that didn’t stop the aftermarket from thinking up a solution.

GM’s decision to not offer a Cadillac Fleetwood Sixty Special wagon convinced the Chatsworth, California based folks at Traditional Coach Works Company to go ahead and engineer their own version. The result, officially known as the Castillian Fleetwood Estate, was a fairly handsome family hauler that could easily pass as a factory offering if one didn’t know any better. 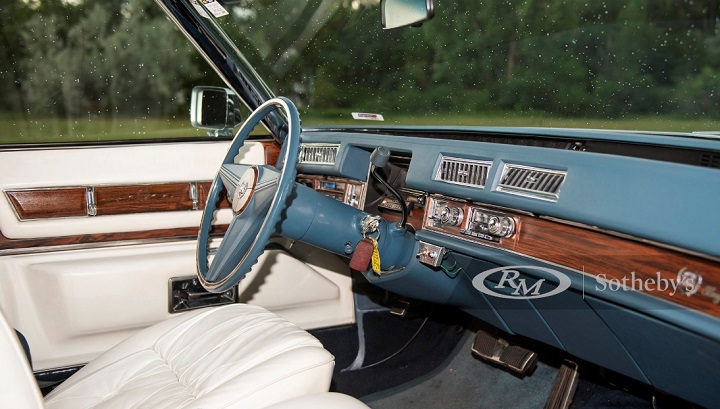 One of these Traditional Coach Works-built Cadillac Fleetwood wagons will soon be auctioned off by RM Sotheby’s. The example heading to the auction block is just one of eleven that were built for 1976 and has been meticulously cared for over the years, the auction company says. It currently shows just 20,029 miles on the odometer and features a perfectly maintained 8.2L Cadillac V8 engine and three-speed TH350 automatic transmission. The exterior is covered in a thick coat of shiny Innsbruck Blue metallic paint, while the interior features spotless Ivory white leather with contrasting blue Mouton carpets and wood grain trim. 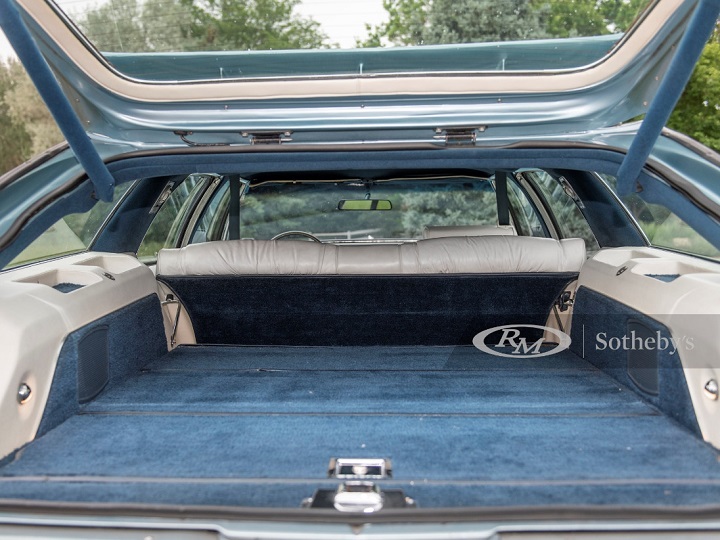 RM Sotheby’s says this car will also be sold with the original maintenance booklet, owner’s manual, factory literature and window stickers, along with the ‘Castillian’ press documents that were handed out upon the custom wagon conversion’s release. The company expects it to fetch anywhere between $35,000 and $45,000 when the virtual gavel falls on the sale on July 30th. As of this writing, the car has attracted $19,000 worth of bids from a total of four bidders. Check out the listing here for more information and photos or to place a bid.