All too often, custom cars are stored and rarely used, but luckily, this 1970 Chevrolet Chevelle restomod is not one of those custom cars. 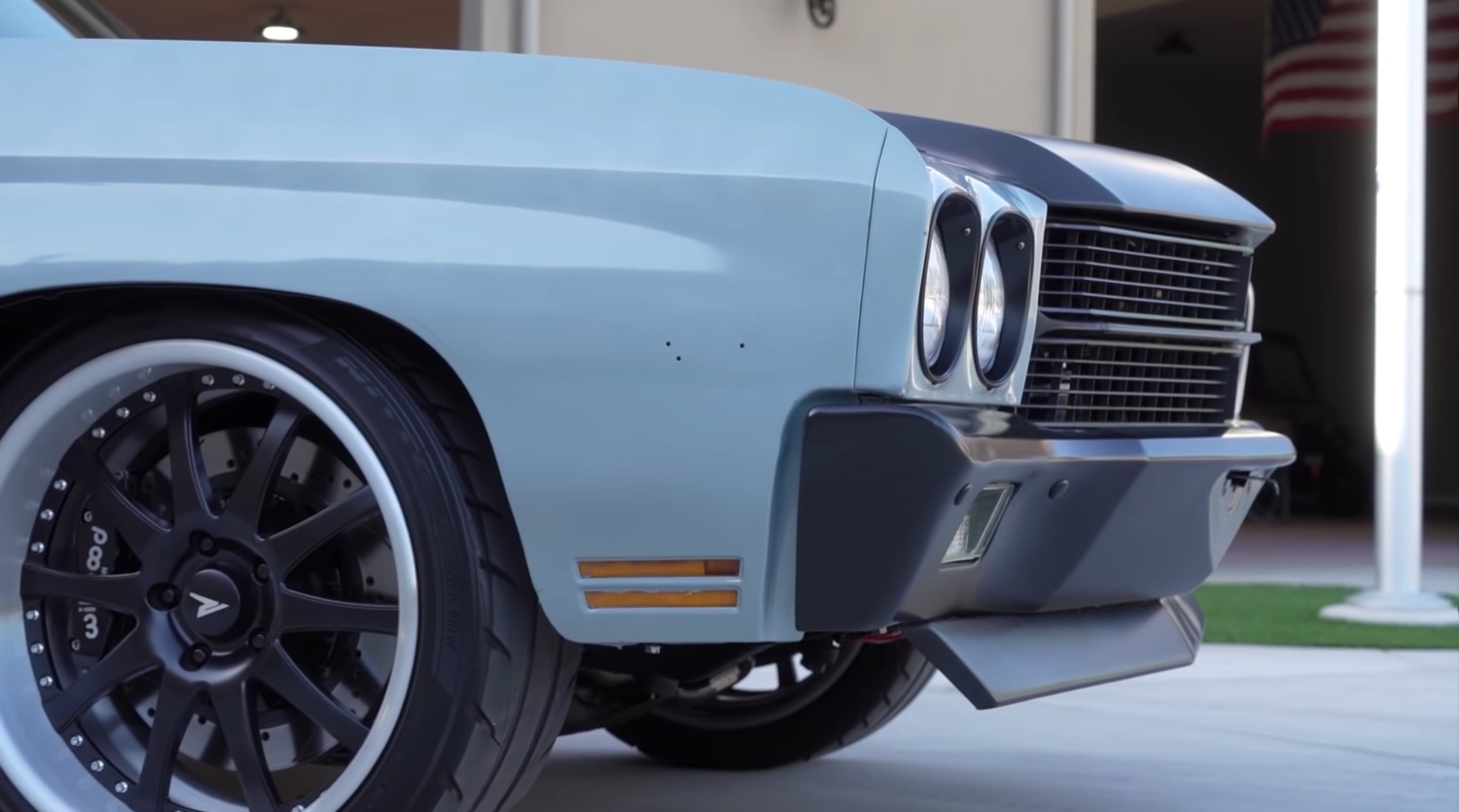 Pieced together by Nick from Chevelle Factory in Bakersfield, California, the Chevrolet Chevelle nameplate has history for the owner. His dad had one, and when Nick was 15, his dad gave it to him and told him to fix it up and get it back on the road.

That Chevelle became Nick’s first car in high school, but as it turned out, teenage Nick was caught having a bit too much fun with it on the road. It was at that point that Nick’s dad decided his son needed to quit the street racing and turn the Chevelle into a race car. 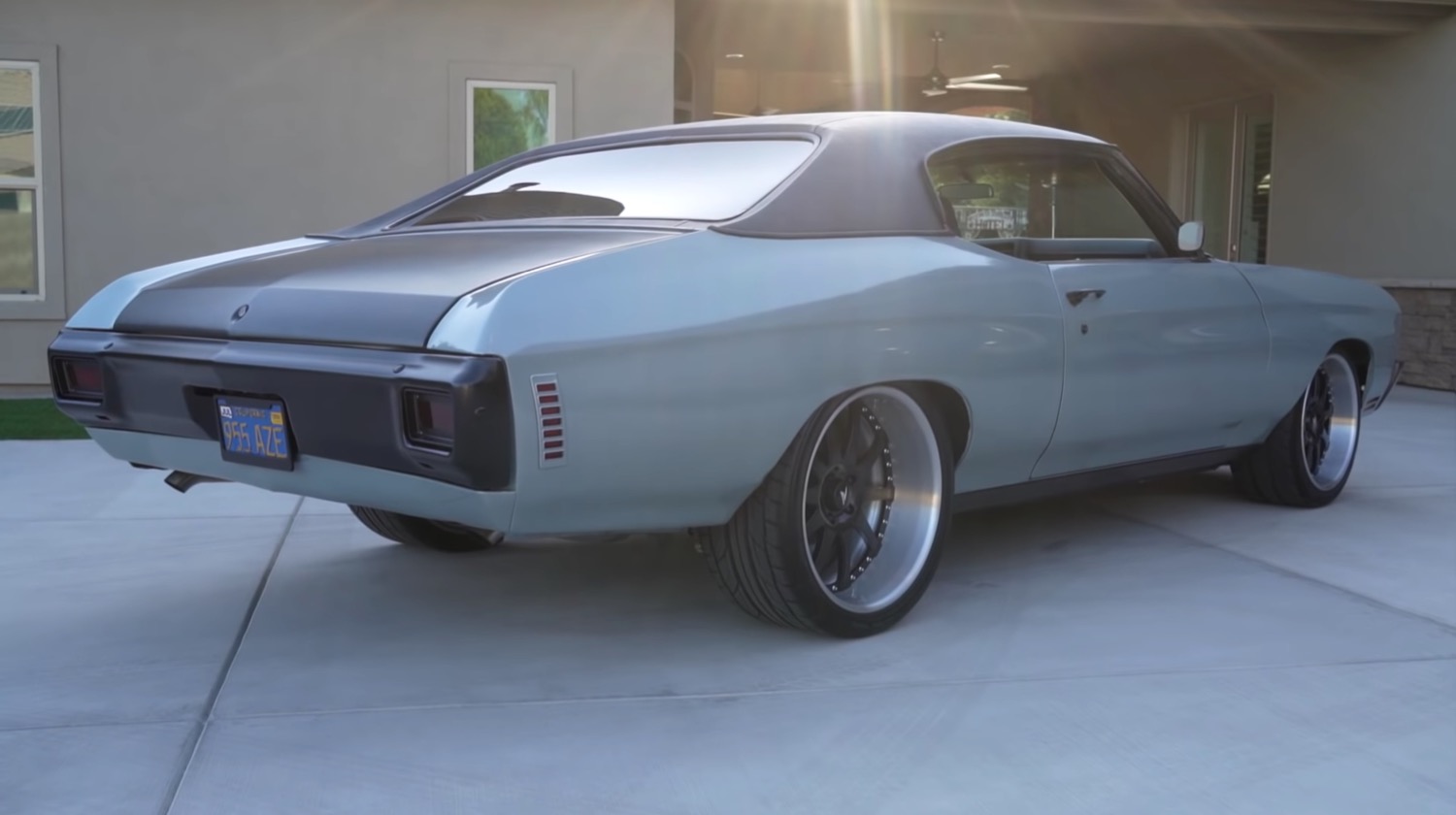 While that original racer Chevrolet Chevelle was never finished, Nick was hooked, and when we turned 30, he bought this particular ’70 to turn into his ultimate street car.

Outside, we see the chrome trim bits painted over with black to give it a more sinister appearance. The hood, trunk and front chin spoiler are all carbon fiber, which helps to cut a little weight.

Making the good noise is the 6.2L LS3 V8 from a 2014 Chevrolet Camaro, which comes paired to the TR6060 six-speed manual transmission. The ‘eight was beefed up with a new cam, headers and Black Widow exhaust, while the drivetrain got a new clutch and Fab 9 rear end. Nick says he’s shooting for about 500 horsepower with the build, but for now, it’s got a mild tune on it. 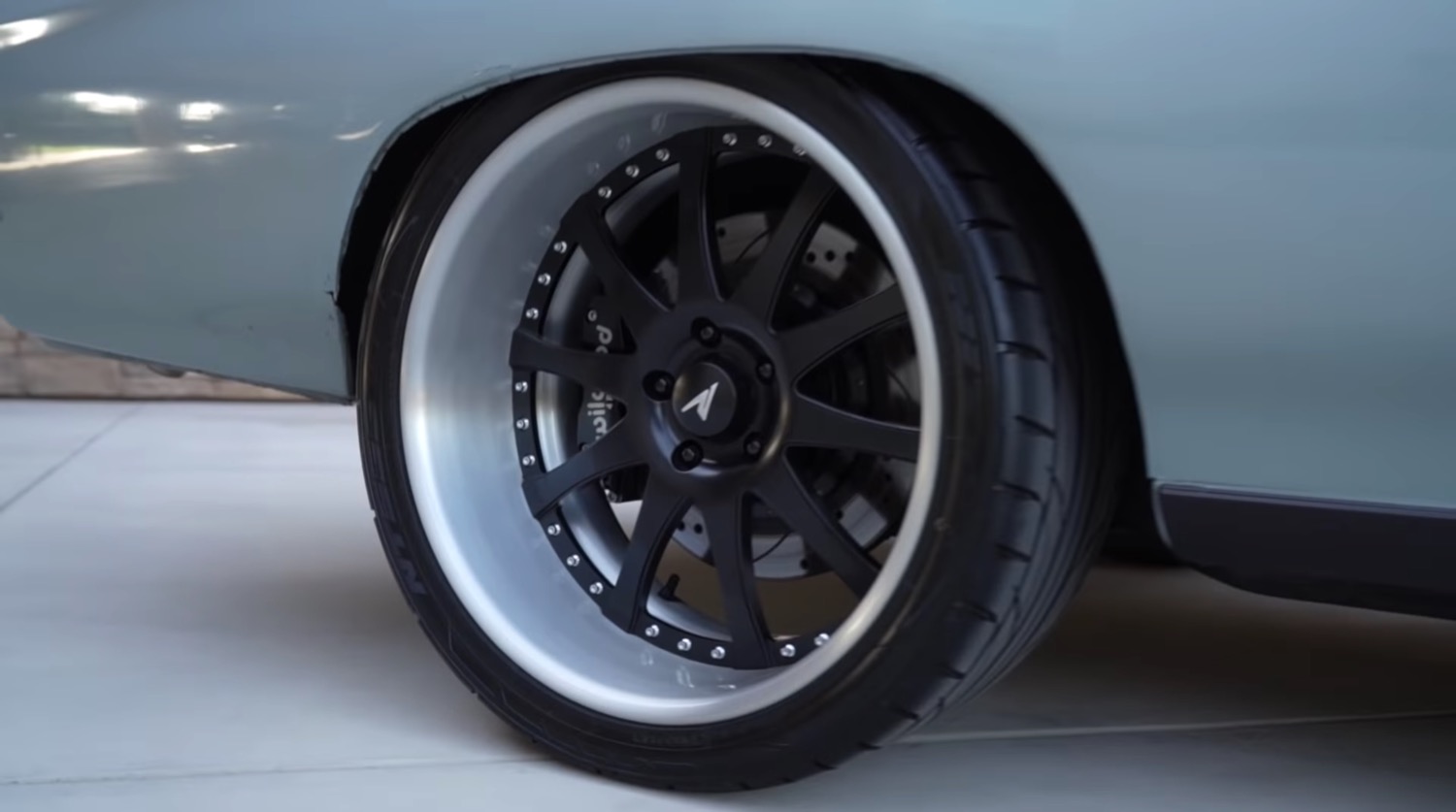 Still, the LS3 ain’t no slouch, so Nick also upgraded his Chevrolet Chevelle’s handling with autocross-spec suspension from Speedtech, which includes coilovers at all four corners. There’s also a set of Wilwood brakes, with wheels sized 19 by 10 in front, and 20 by 10 in back. Nitto tires make the traction – or the smoke, as the case may be. 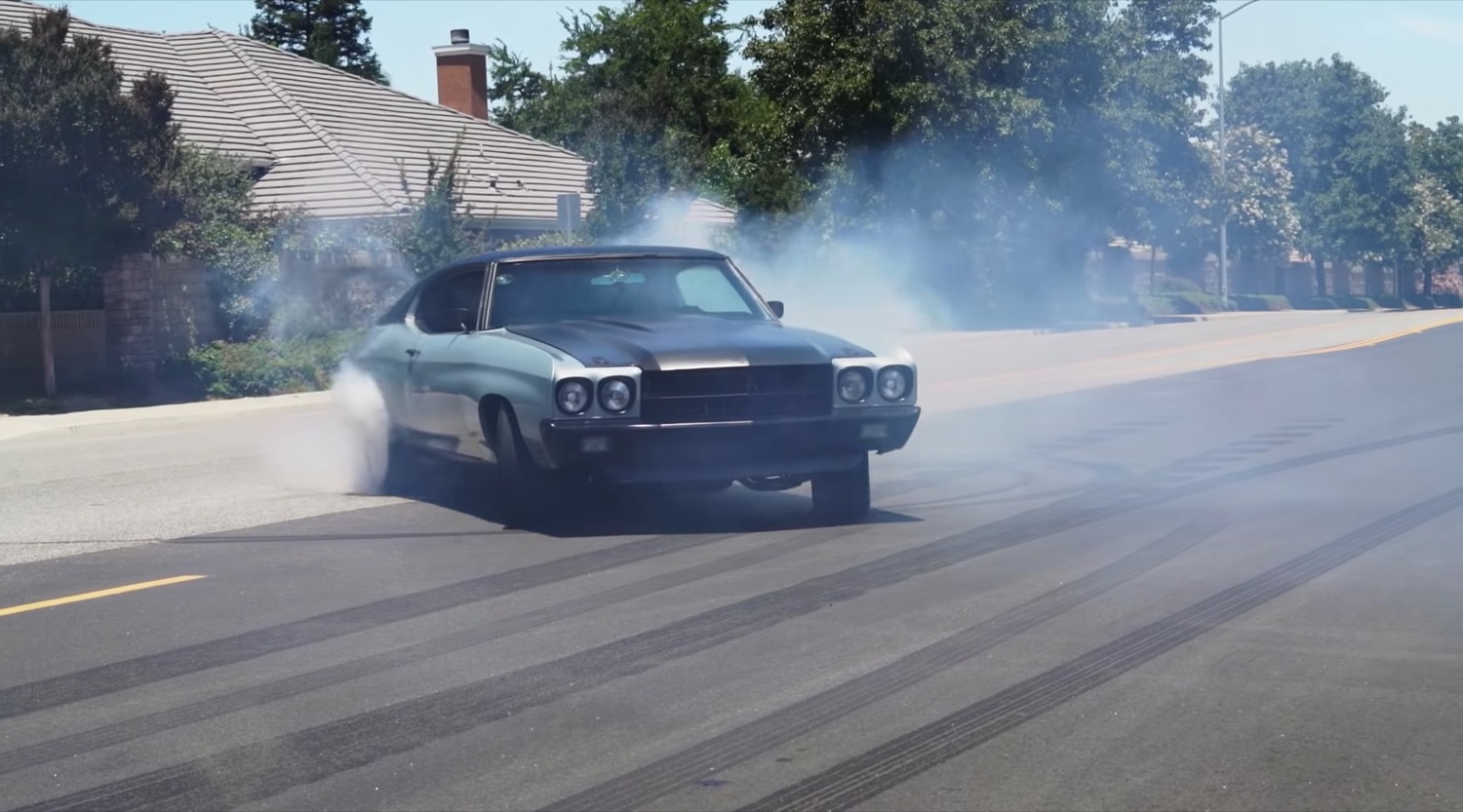 Inside, we find a new SS dash and full set of Autometer gauges. There’s also plenty of comfort features, such as Vintage Air A/C, upgraded electric door locks and windows, and Corbeau seats. There’s even a cupholder in the center tunnel. 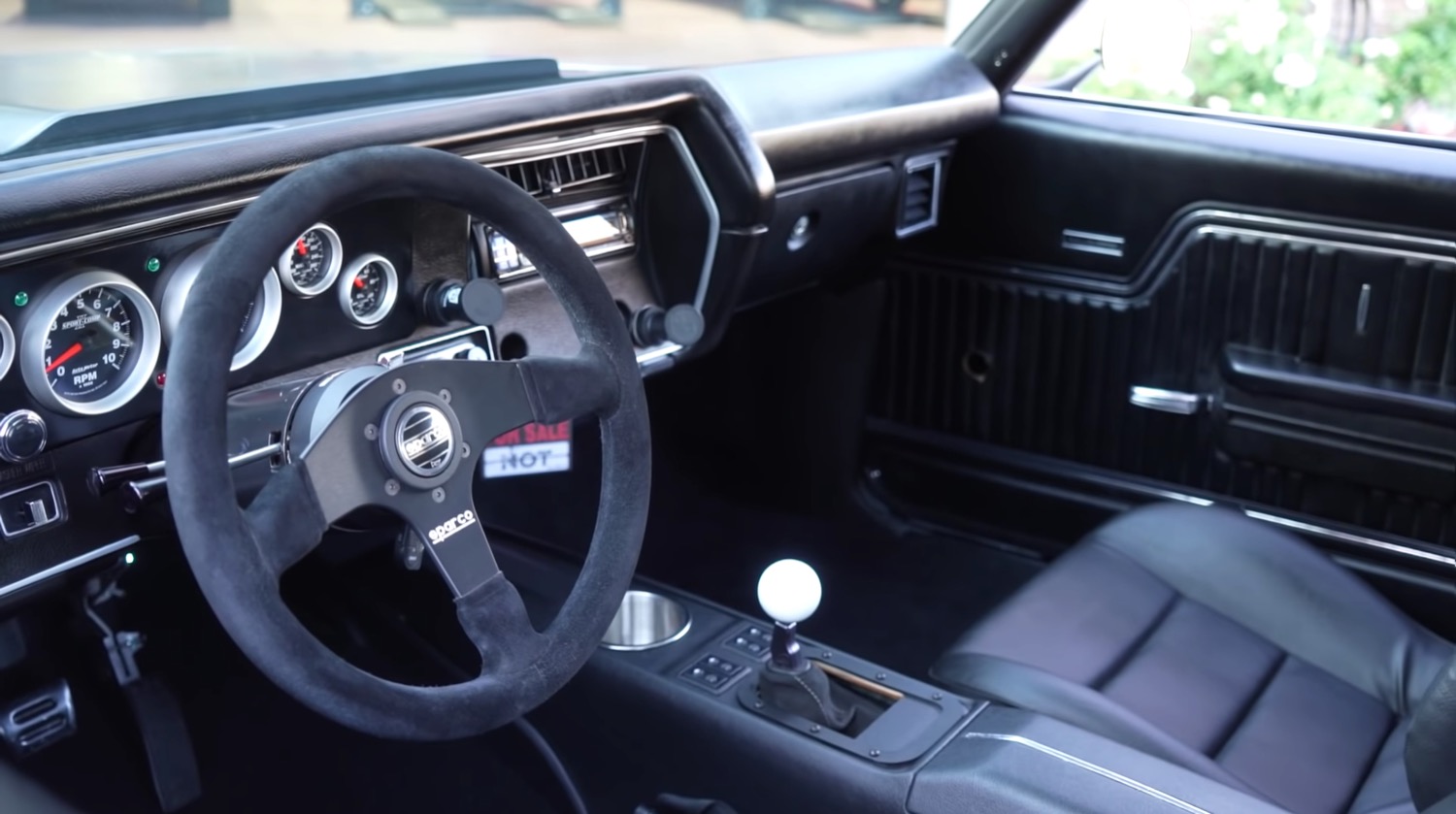 Nick says he drives his Chevrolet Chevelle as much as possible, putting on upwards of 10,000 miles annually. And, as evidenced by this video, it looks like he’s still having fun.