When most people build a Pro Stock-style drag car with 22-inch wide rear tires, nitrous and a massive Big Block V8, they don’t intend to drive it on the street. Driving a race car on the road may sound fun in theory, but it can make being behind the wheel for a long period of time tiring – especially when the almost inevitable reliability gremlins begin to appear.

None of that stops Shawn Robert White from driving his custom 1970 Chevrolet Chevelle on the road, though. This custom, road-legal drag car is built around a 565 cubic inch Big Block (that’s 9.2L!) that was put together by Beck Racing Engines. The naturally aspirated engine, which runs on race gas, makes a rather ridiculous 900 horsepower. That wasn’t enough for the owner, though, as the car has also been armed with 300 horsepower’s worth of nitrous, giving it a grand total of 1,200 horsepower. 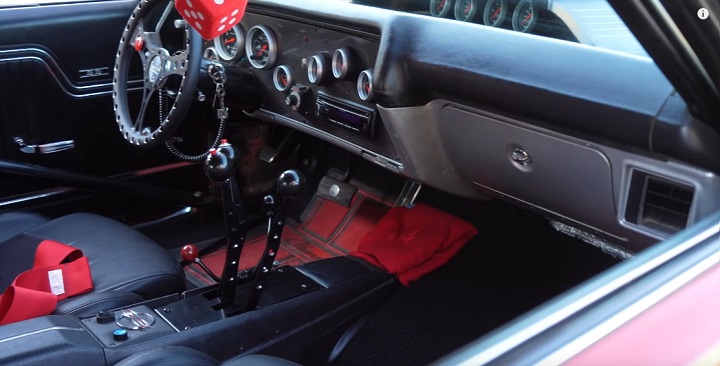 All that power is routed to the mile-wide rear tires through an FTI Stage 5 Powerglide transmission with a manual valve body, along with a 12-bolt rear end. The car also has an NHRA compliant eight-and-a-half second chassis, but the majority of the interior remains intact, including the dashboard, passenger seat, door panels and console. 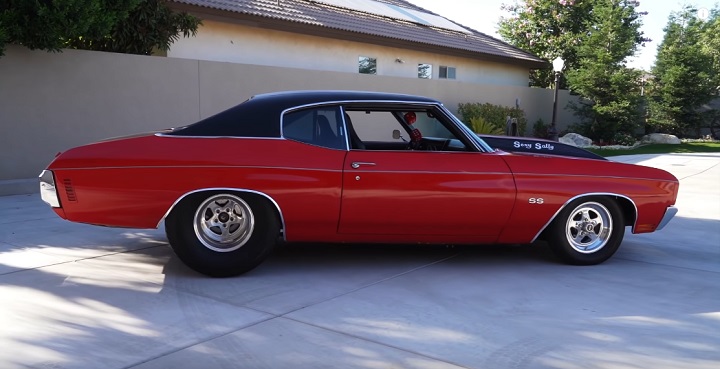 YouTube’s Autotopia Los Angeles recently stopped by White’s garage to check out his road-going race car and go for a ride in it on some public roads. It’s not clear if White has ever drag raced this car, but it seems as though he built it as more of a drag-racing inspired road car rather than a real drag car. We’d love to see it in action at the strip, but it’s clear that he still gets plenty of use out of that 565 cubic inch Big Block on the road, as he doesn’t shy away from showing Autotopia LA what it can do.
Check out the channel’s overview of this absolutely mad ’70 Chevelle embedded just below.