Back in June, we took a look at this gorgeous 1958 Cadillac Series 62 Convertible just a few weeks prior to its moment in the spotlight at a recent Mecum Auctions event. Now, we’re doing a follow-up, as this Caddy managed to beat expectations by a rather substantial margin. 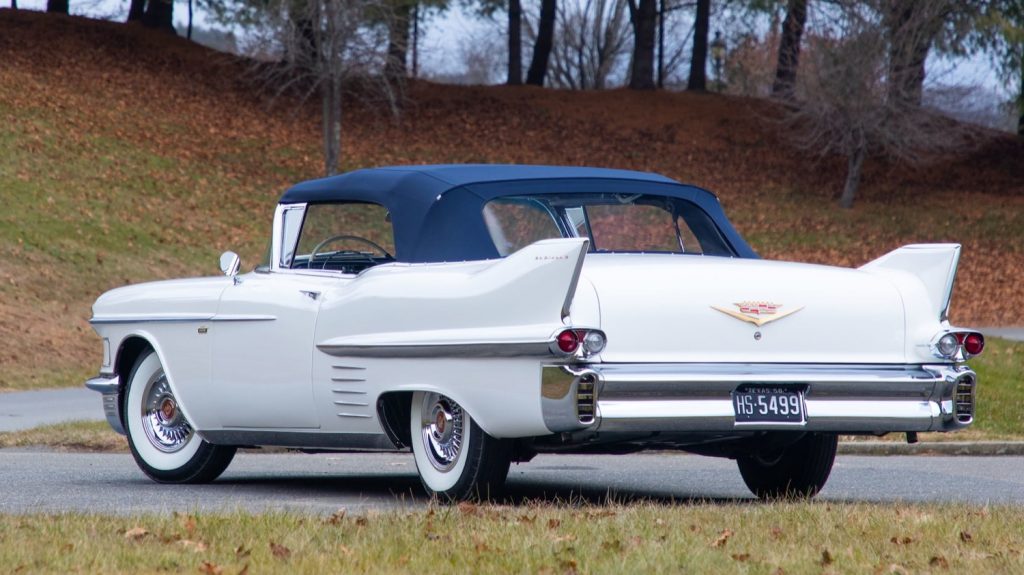 According to Mecum Auctions, this Cadillac Series 62 sold without reserve as Lot V28 at The Eddie Vannoy Collection 2020 event held last month. Although it was estimated to fetch between $100,000 and $130,000, it ended up selling for a substantial $143,000. 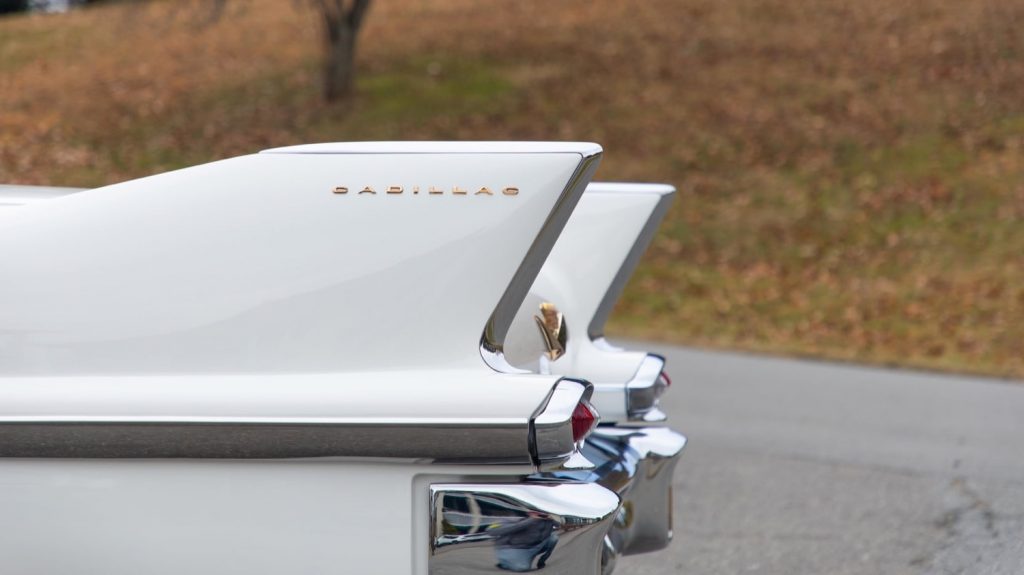 That may seem like a rather hefty sum, but it’s worth revisiting what makes this machine so appealing. The 1958 model year came with several styling updates for the Cadillac Series 62, including a new cleated grille, which works as a fantastic complement for the bright trim treatments found front to back. The 1958 model year also introduced quad headlamps, altering the front fascia in a considerable way. 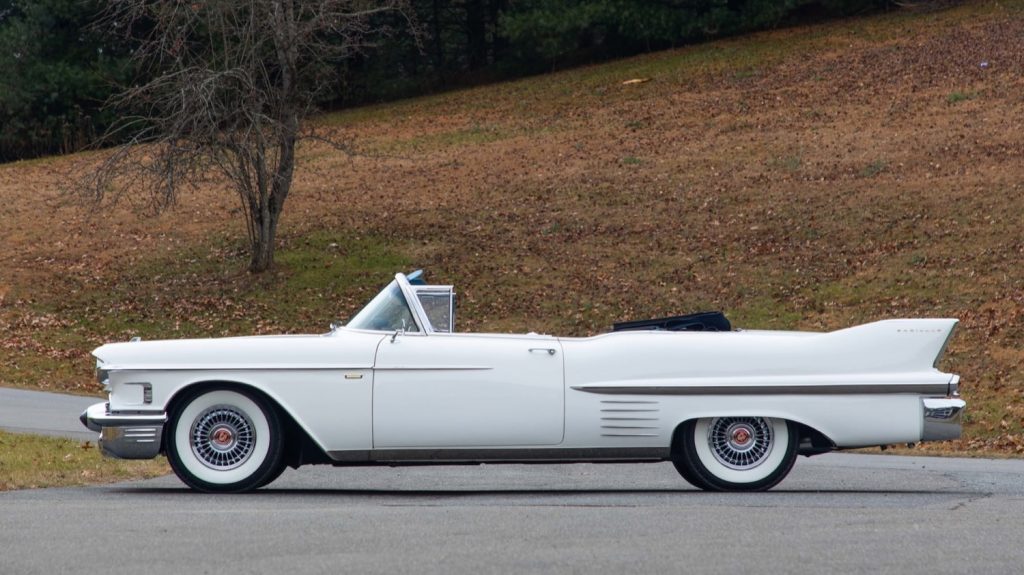 This model is fitted with chrome Sabre wheels, which are wrapped in Coker American Classic Wide Whitewall tires. The exterior is draped in Alpine White paint, and the power-operated top is done in Blue.

The interior continues the white-and-blue color scheme, while working air conditioning keeps it comfy when the sun is blazing. An AM radio and an in-dash clock are also equipped, while power windows and a power driver’s seat round out the cabin gear. 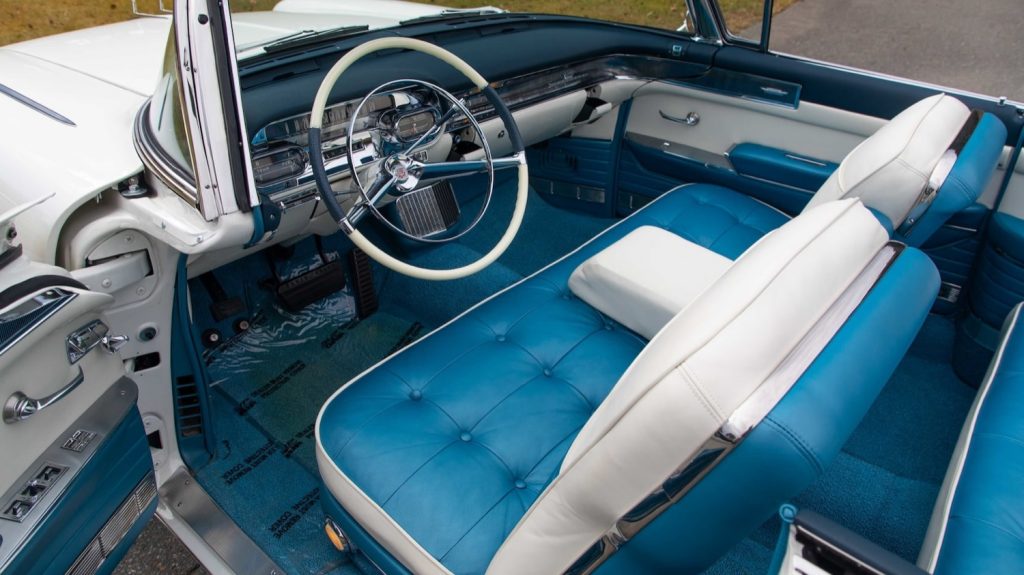 Power is sourced from a 365 cubic-inch V8 engine with three two-barrel carbs, which mates to a Hydra-Matic automatic transmission. Power steering helps it turn. 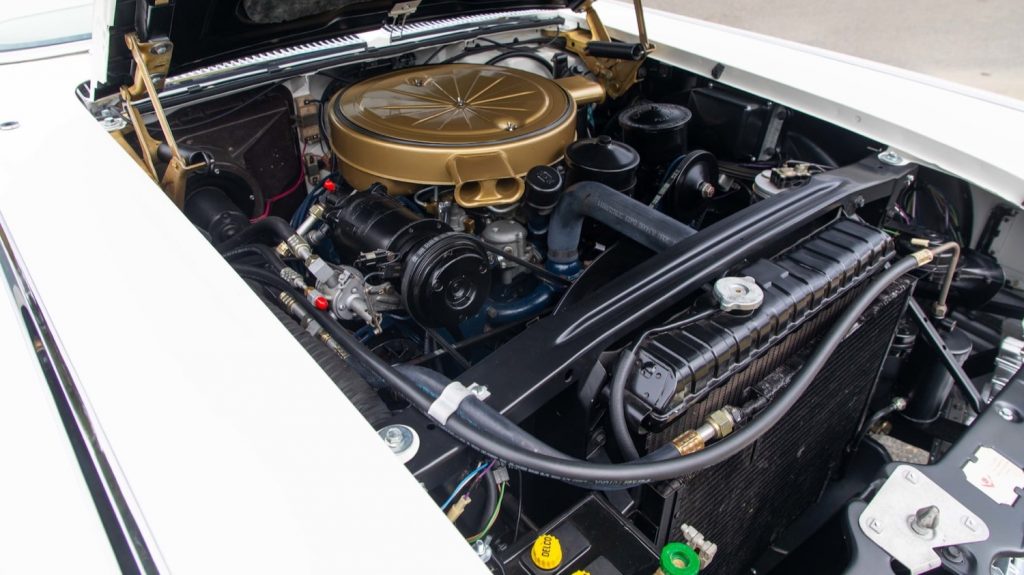 All told, this 1958 Cadillac Series 62 Convertible is a gorgeous piece of American luxury history. It’s also a multi-award winner, and as one of just 7,825 Series 62 convertibles built for the 1958 model year, it’s relatively rare as well. We can’t wait to see how equally pristine classic Cadillacs perform in future auctions, so stay tuned. 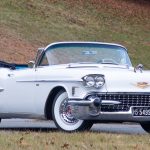 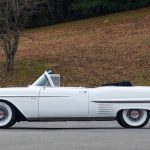 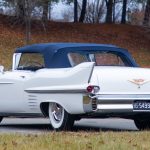 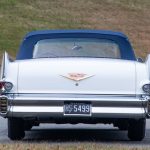 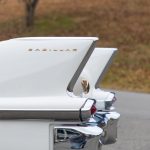 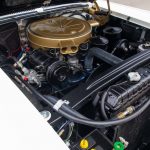 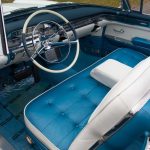