General Motors generated a ton of buzz when it announced that the new mid-engine 2020 Corvette Stingray would be priced at a very reasonable $59,995 in the United States. Even though many 2020 Corvette models were ordered with an abundance of options that drove the price up well beyond the sub-$60,000 base price, even the most expensive of 2020 ‘Vettes ring in at under $100,000. 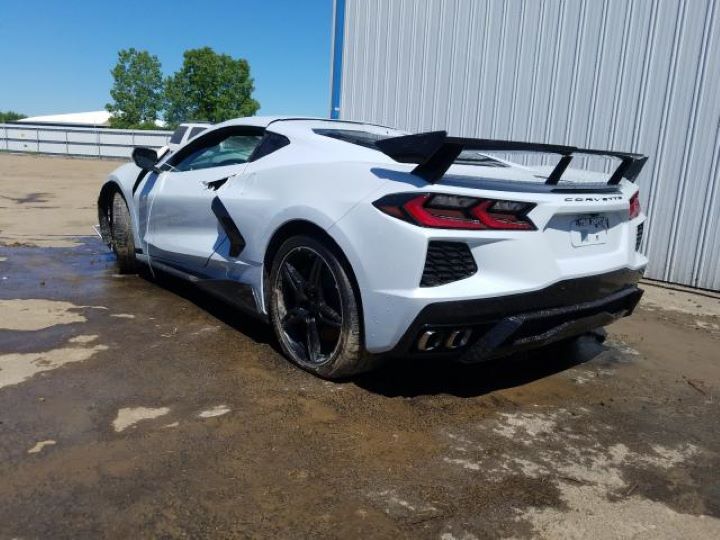 Considering a brand-new 2020 Corvette starts at under $60,000, we’re left scratching our heads as to why this completely wrecked example is valued at $108,000 by salvage company Copart. This Corvette appears to be the same model that was seen sitting in a muddy field with its front fascia ripped off in images that were widely circulated online. It’s not entirely clear how the car was damaged, but if we had to guess, we’d say the driver lost control of the 495 horsepower sports car and slid off the road before crashing through a drainage ditch or into some sort of stationary object. 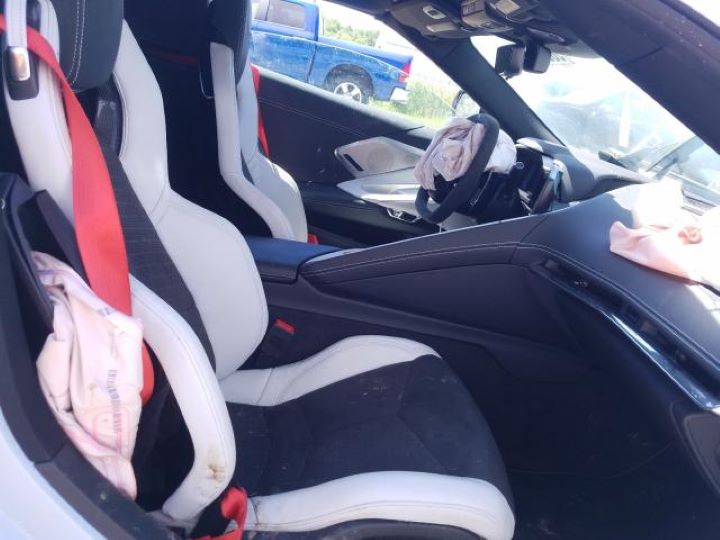 There’s probably no bringing this car back from the dead due to the abundance of front end damage and the fact that the airbags have gone off. The only use anyone has for it is to pull the 6.2L LT2 V8 engine and eight-speed ZF dual-clutch transmission out of it for another build, but these items are not worth $108,000 combined. Anyone can get a powerful Small Block and good transmission from Chevrolet Performance or other aftermarket suppliers for much less than this, so we’re not sure why anyone would want to buy the vehicle from Copart, but hey, who are we to say how other people spend their hard-earned cash? 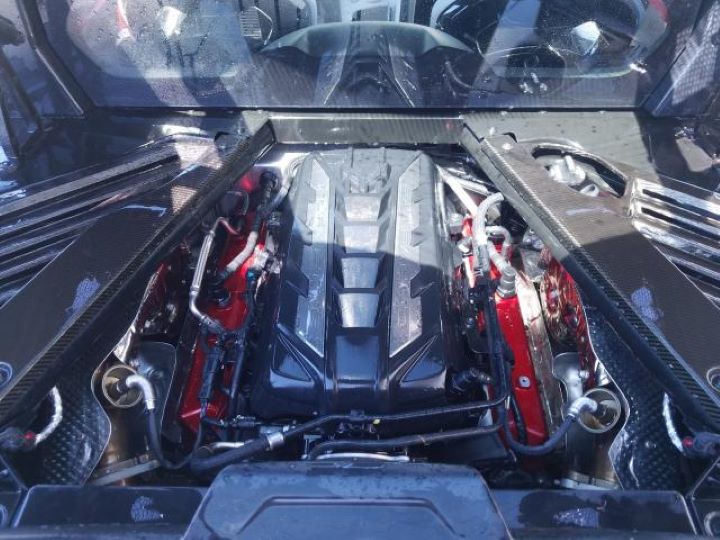 The 2020 Corvette was selling for quite a bit of money at dealers and online as the vehicle has been in short supply due to the 2019 UAW strike and COVID-19 pandemic, but with the Bowling Green Assembly plant back up and running, customers will soon be able to place orders for the 2021 Corvette and 2021 Corvette Convertible before production of the newer model starts later this year.

Leave a Reply to The canine Cancel reply