Just yesterday, GM Authority brought you new spy shots of the 2022 Corvette Z06, confirming the use of a unique rear wing and oversized Michelin Pilot Sport Cup 2 R tires. We also reported a few hours later that prototypes are being tested with a center-exit exhaust configuration. Now, we’re back with another treat for you – a video of the upcoming track missile accelerating and shifting through some of its gears. 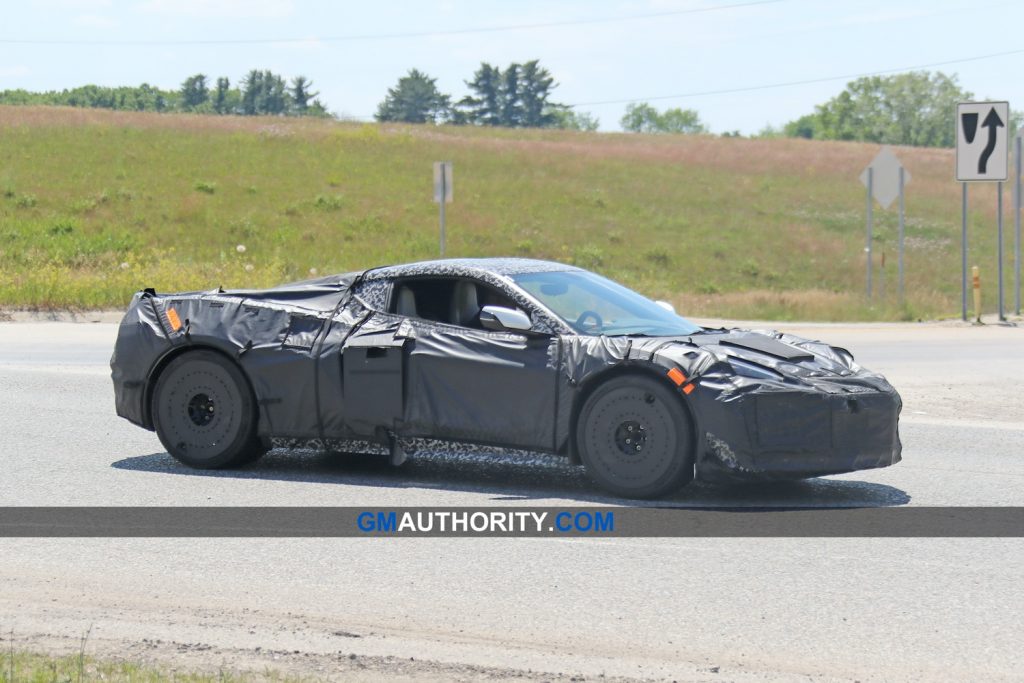 Our video clip shows a 2022 Corvette Z06 prototype accelerate from a stop light into the private property of the GM Milford Proving Ground. When the video begins, the car is already in either first or second gear. From there, it shifts through at least two more gears before disappearing from sight. The model is followed by a yellow Corvette C8 Stingray, and the second acceleration sound toward the end of the video is actually the deeper note of the Stingray. 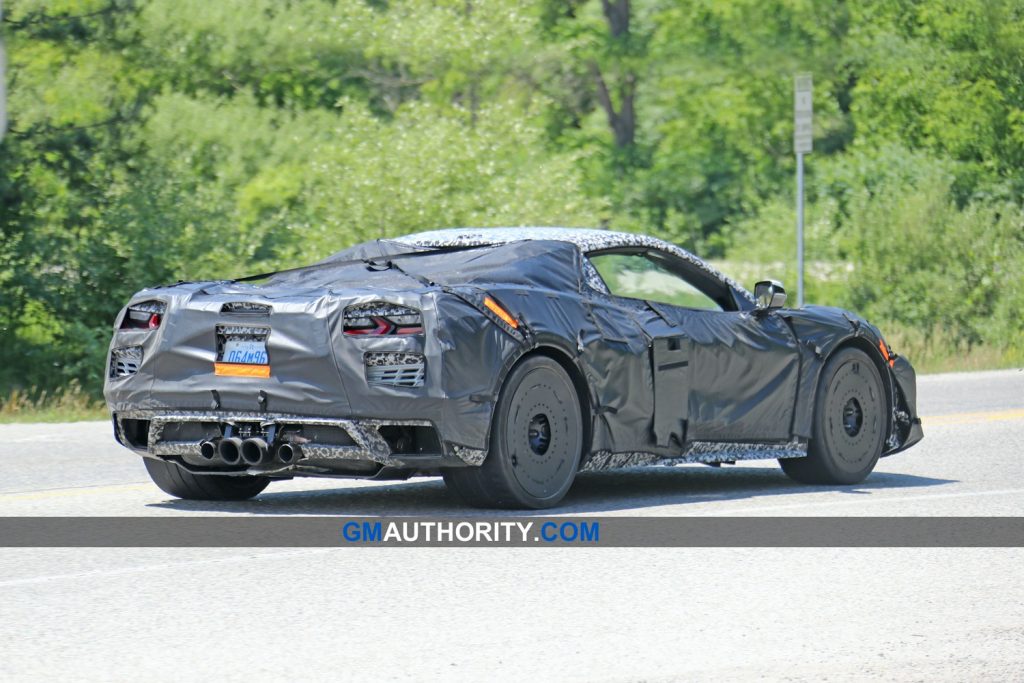 The driver of the 2022 Corvette Z06 prototype was nowhere close to really pushing the car at wide-open throttle. Even so, the track-focused monster still puts out a screeching sound that’s more reminiscent of an exotic, than the deeper tone of the push-rod V8. If anyone wasn’t sure of it before, they can be sure of it now: the the C8 Z06 sounds very much like high-revving C8.R. Also note the blistering-quick gear shifts executed by the dual-clutch eight-speed automatic transmission.

Note that this particular 2022 Corvette Z06 does not feature the prominent rear wing of other prototypes. However, it does have the exhaust mounted in the center of the vehicle, which is one of two exhaust configurations being tested.

The 2022 Corvette Z06 is expected to come to market in the second half of the 2021 calendar year. The vehicle will focus on all-out track performance. GM Authority expects the C8 Z06 to be powered by the upcoming, naturally-aspirated 5.5L V8 LT6 engine, with 32 valves, a DOHC configuration, and a flat-plane crankshaft. Power estimates peg the atmospheric free-revver to produce around 600 horsepower and between 480 and 550 pound-feet of torque. 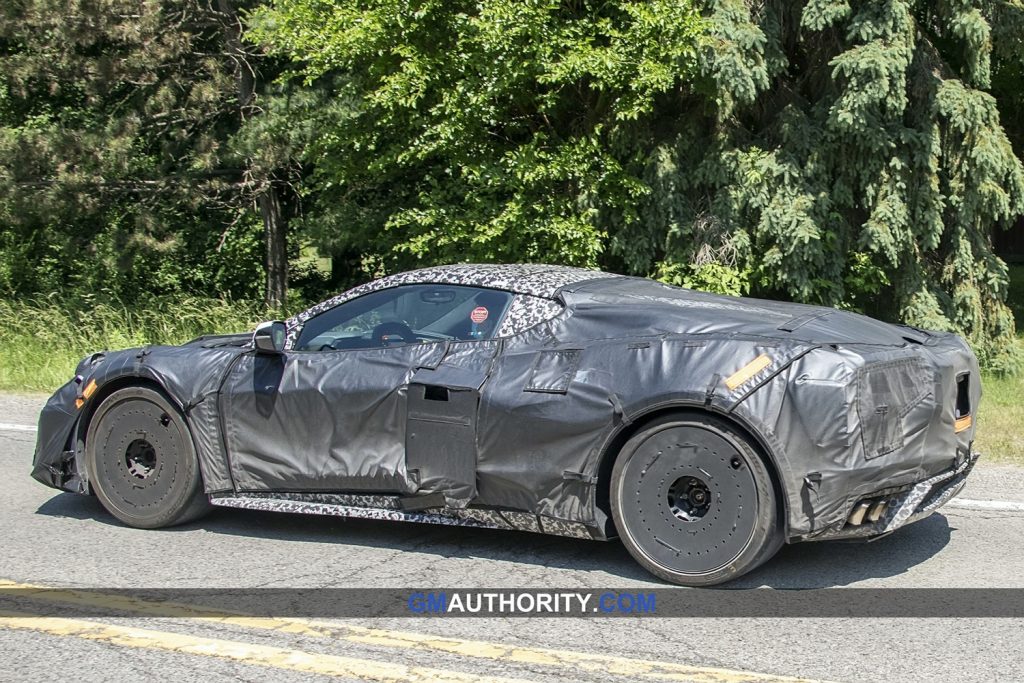 The C8 Z06 will be the first major addition to the all-new, mid-engine Corvette C8 lineup. Later on in its lifecycle, the vehicle will also get the C8 E-Ray, C8 Grand Sport, C8 ZR1, and C8 Zora variants.