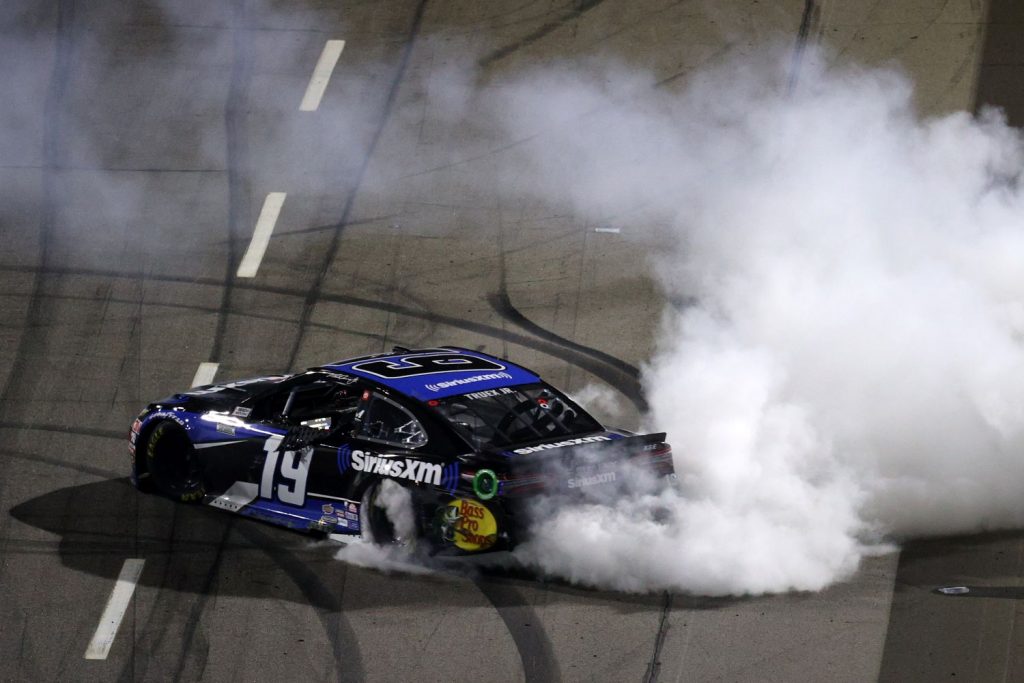 While Truex’s No. 19 Joe Gibbs Racing Toyota Camry looked fairly strong all night, the 2017 Cup Series champion came alive in the final stage. Team Penske’s Joey Logano won the first stage after lapping nearly half the field under a lengthy green flag run, while Jimmie Johnson won Stage 2 after leading for a significant 70 laps. Once the No. 19 Toyota got out front in Stage 3, though, there was no catching him, with Truex handily keeping his rivals behind him in the closing 50 or so laps.

Truex was also the only driver able to fend off the Team Penske cars, with Blaney, Brad Keselowski and Logano finishing second, third and fourth, respectively. 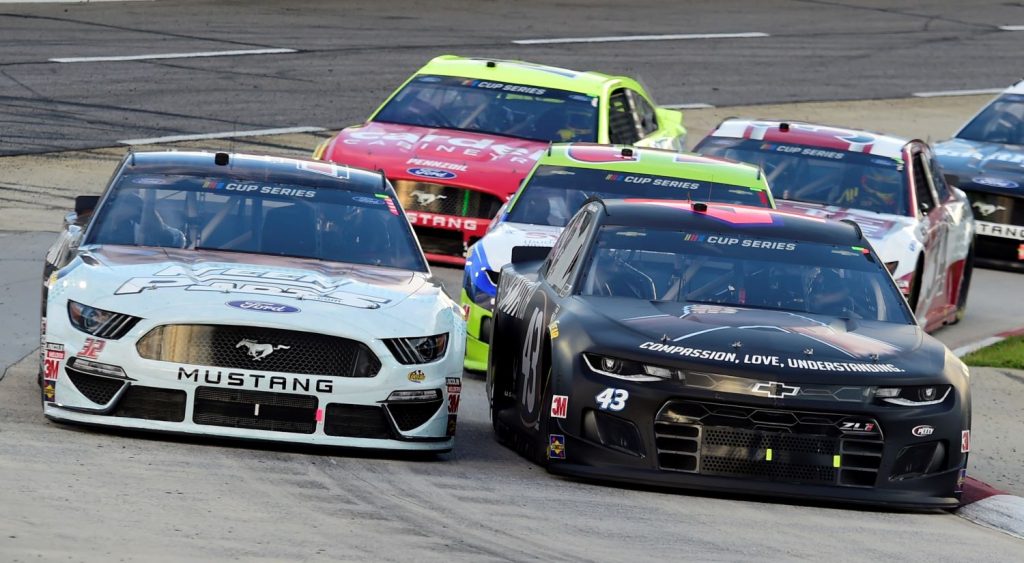 While the excitement of weekday short track racing had NASCAR fans chattering, the top-tier stock car racing series attracted the public’s attention for another reason this week. Amid the nationwide protests over racial inequality and police brutality, NASCAR’s Bubba Wallace, the only black full-time Cup Series driver, announced he would run a #BlackLivesMatter livery on his No. 43 Richard Petty Motorsports Chevrolet Camaro ZL1. Wallace then piloted the car to an 11th place finish at Martinsville on Wednesday – his best-ever result at the historic half-mile. Prior to the green flag, Wallace radioed to his team to tell them the race was “the biggest night of my life” and pledged to “give it my all.” 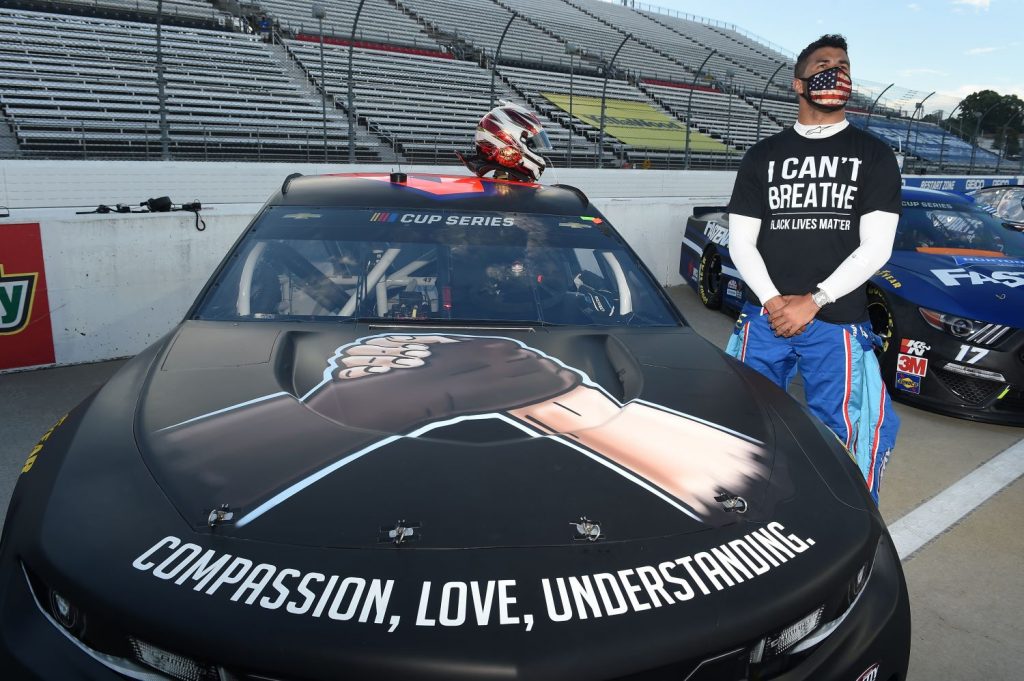 Wallace was also proud of his effort to run down the Hendrick-prepared No. 48 Camaro ZL1 of Johnson in the closing laps of the race. He ultimately finished one position behind Johnson, who eeked out a top 10 finish after his Stage 2 win.

“I’ll tell you what was badass, racing with seven-time there at the end, Jimmie Johnson,” Wallace said post-race. “You think, Jimmie Johnson wins so many times here and we’re running him down. That’s hat’s off to my guys, so good job, fellas.”

NASCAR also announced this week that it would ban the Confederate flag from all of its racing events and NASCAR-owned properties going forward. In a statement, the series said the “presence of the confederate flag at NASCAR events runs contrary to our commitment to providing a welcoming and inclusive environment for all fans, our competitors and our industry,” and added that “bringing people together around a love for racing and the community that it creates is what makes our fans and sport special.”

Check out the highlight video from the Blue Emu 500 embedded below.