The aftermarket parts scene for the C8 Corvette is beginning to ramp up. We’ve already seen aftermarket spoilers and exhaust kits released for the new mid-engine sports car, and now, a complete 32-piece widebody kit has hit the market as well.

This custom widebody kit was developed by San Diego, California-based company Sigala Designs. The kit, available in either fiberglass or carbon fiber, adds widebody fenders and quarter panels, front bumper and side skirt extensions, a rear diffuser, a large rear wing with lower winglets and a pair of roof-mounted vents. Sigala refers to this as the ‘C8RR’ kit – a fitting name seeing as it reminds us of a more extreme take on the new Corvette C8.R GTE race car. 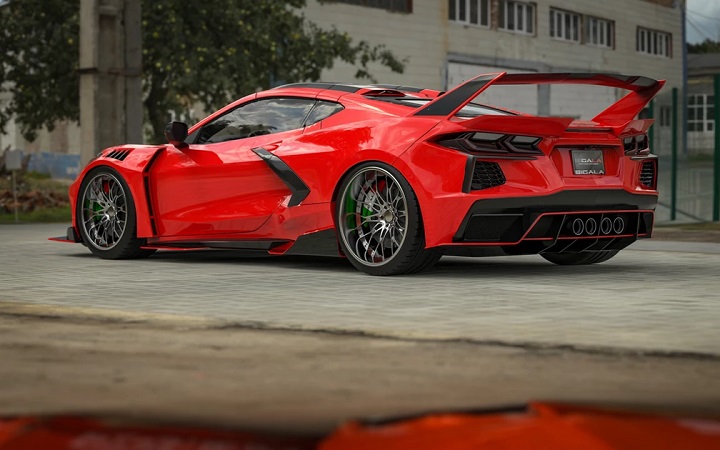 As is to be expected, this kit is not cheap. The fiberglass kit is priced from $14,995 USD, according to Sigala Designs’ website, while the carbon fiber kit is a whopping $24,995. Carbon fiber parts included in the more expensive package include a carbon hood, front splitter, front vent inserts, wing, engine vents, roof-mounted top vents and rear winglets. 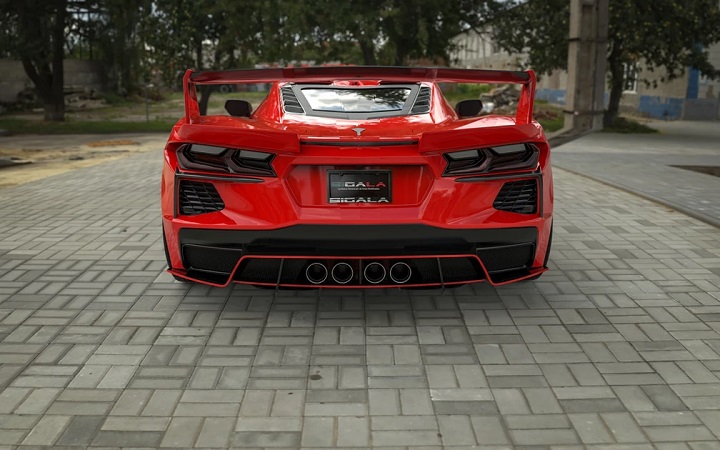 As we can see, Sigala Designs’ C8RR kit gives the mid-engine Corvette a more aggressive exterior appearance and more presence. We’re sure the busy design isn’t for everyone, but there are definitely some C8 Corvette owners out there who would love to give the vehicle a more eye-catching exterior appearance with such a kit.

As we reported in the past, the upcoming new C8 Corvette Z06 will feature a more aggressive exterior appearance and a large rear wing, but its arrival is still quite a ways out. For now, it seems Sigala Designs will fill the need for a meaner-looking C8 Corvette with its C8RR widebody kit. 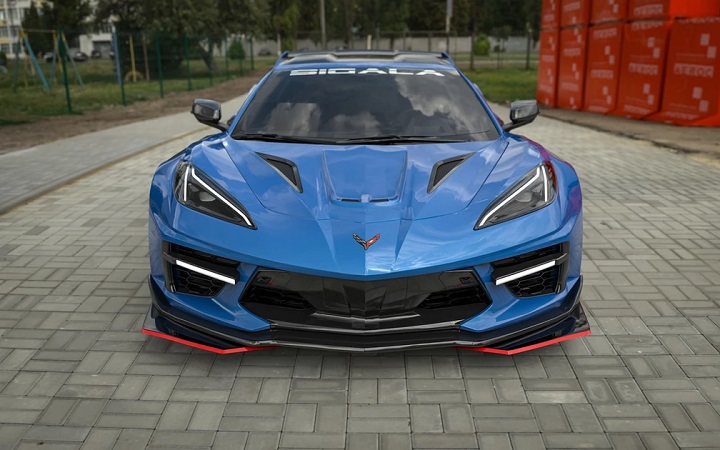 Check out the C8RR kit in the overview video embedded below.