Earlier this month, we featured a jaw-dropping Chevrolet C10 that was built by Level 7 Motorsports and is currently owned by the shop’s owner, Jesse Vaughn. We thought that truck really exemplified what Level 7 Motorsports was capable of with regard to the C10 platform, but then we laid eyes on this absolutely stunning 1964 Chevrolet C10 that Vaughn built for one of his customers. 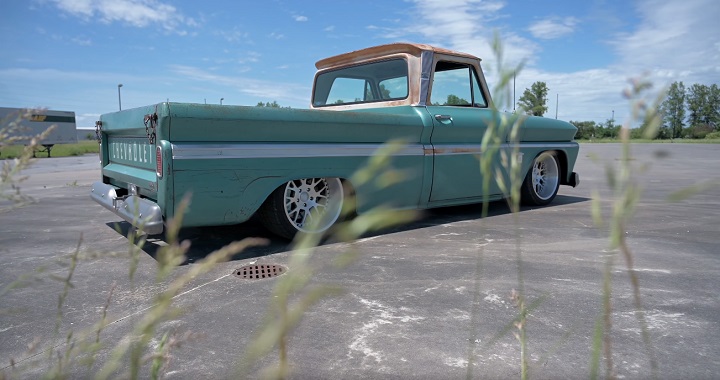 The truck, which was recently featured on the United By Trucks YouTube channel, rides on a No Limit aftermarket chassis and is powered by a 6.2L LS3 V8 engine. The modern motor sends power to the truck’s massive, 335-mm rear tires through a T56 six-speed manual transmission. The LS3 V8 is good for 430 horsepower from the factory, but thanks to a hot camshaft, CNC ported cylinder heads and a retuned aftermarket ECU, it now produces about 500 horsepower. 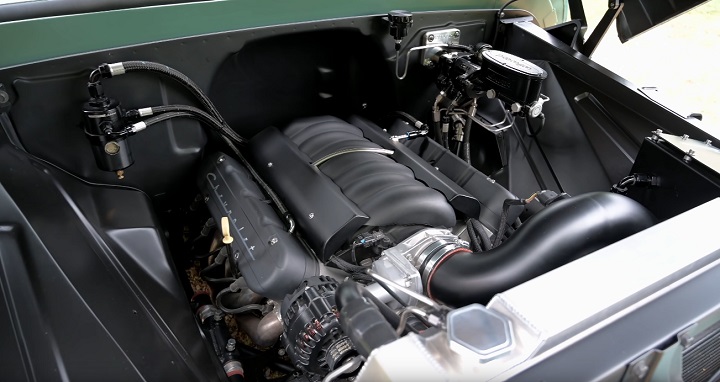 The modern performance parts sit against a backdrop of a fairly original body with an almost perfect rusty patina finish. The only major cosmetic modifications made to this truck’s exterior are the 18-inch aluminum-alloy wheels, LED taillights and refinished exterior trim. The rest of the truck looks as though it was just pulled out of a farm field or barn – and we wouldn’t have it any other way. 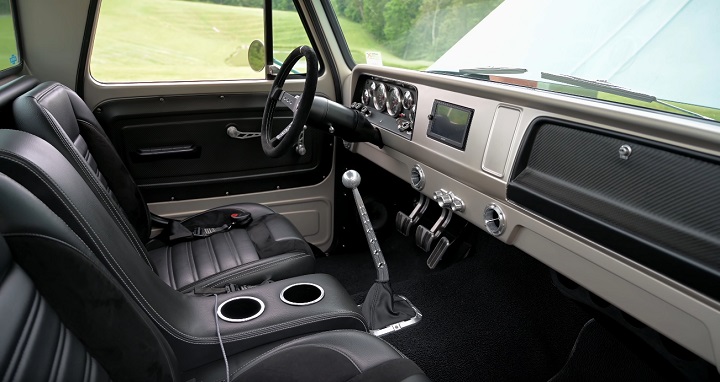 The owner of this unique Chevrolet C10 previously competed in the Optima Ultimate Street Car Challenge with it and performed exceedingly well (especially for a rust old Chevy truck), earning himself an invite to the finals in Las Vegas. The Optima Ultimate Street Car Challenge includes road course time attack and autocross events, along with a judging category where the vehicle is given points for retaining creature comforts like an audio system and A/C. Despite its focus on performance, this truck retains plenty of such amenities, including a Sony display screen and air conditioning.

Learn more about this truck in the United By Trucks video embedded below.