A large percentage of drivers turn off the advanced safety features in their vehicles when possible, a recent study conducted by Erie Insurance indicates.

The auto insurance provider asked 500 U.S. licensed drivers ages 18 and older with vehicles made in 2016 and after if they intentionally turn off or disable advanced safety features such as lane keep assist or adaptive cruise control. It found that 30% of drivers turn off the adaptive speed function on their cruise control, while 23% turn off driver attention monitor and lane keep assist. Other features that are often switched off by motorists include lane departure warning (21%), automated emergency braking (17%) and traffic sign recognition (14%). 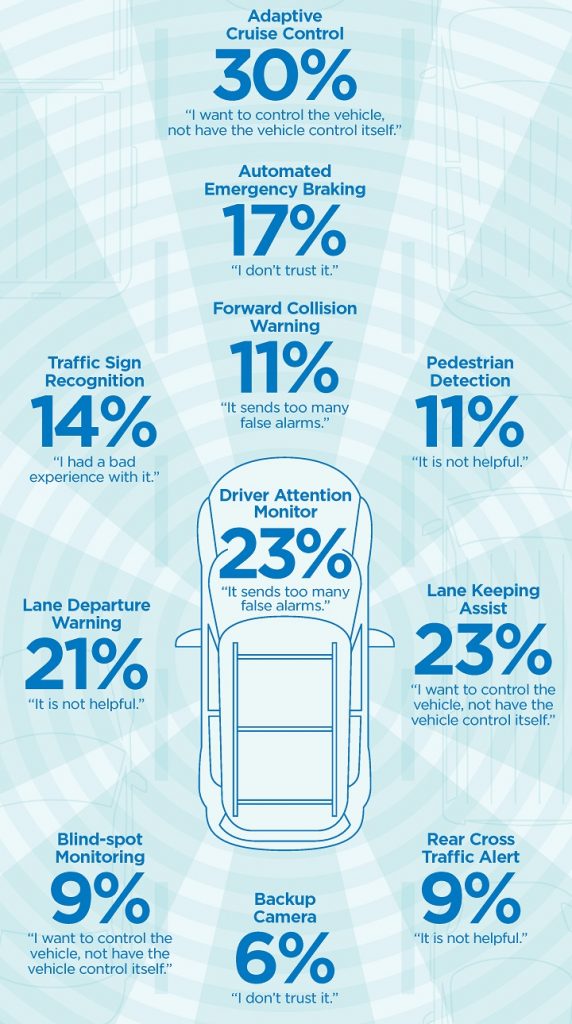 Survey participants said they turn off advanced safety features in their vehicles as they are “annoying” or “distracting.” Some features are also said to send too many false alarms, including forwarding collision warning and driver attention monitoring. There is one feature that barely anyone is turning off, however, and that’s the backup camera. Just 6% of motorists say they switch this feature off if possible, with those survey participants saying they “don’t trust” the technology. 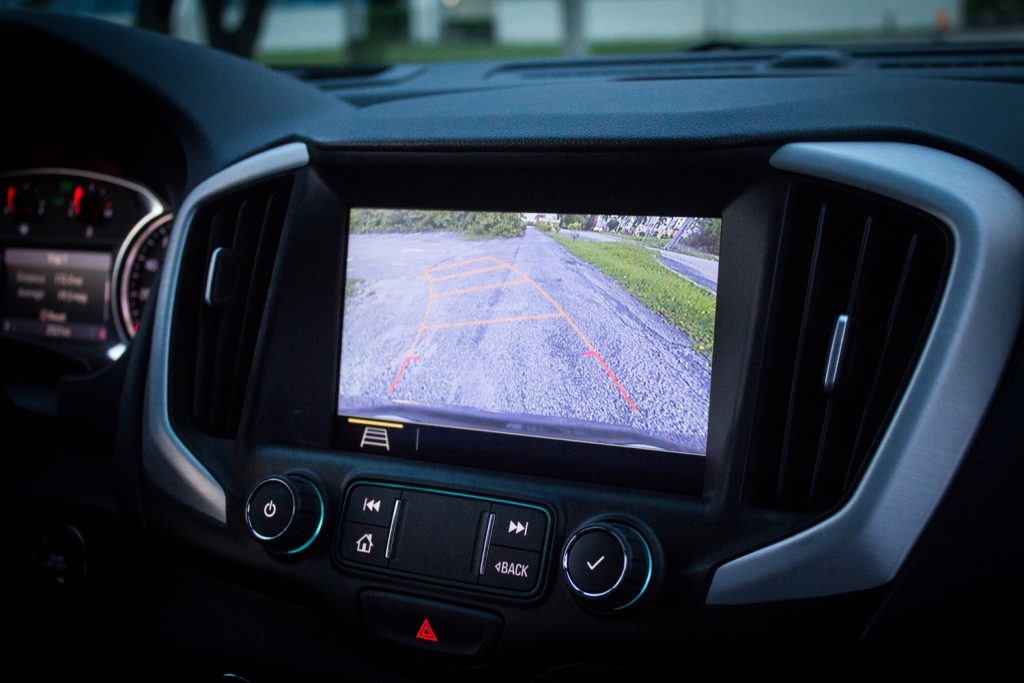 Jon Bloom, who serves as the vice president of personal auto at Erie Insurance, believes more people will be inclined to leave advanced safety featured turned on once the technology is more refined.

“Ideally as features improve and drivers get more comfortable with them, using them will become second-nature the way seatbelts are today,” Bloom said. “The payoff could be huge in terms of reducing crashes and saving lives.”

Many are still very apprehensive about adaptive cruise control, however, which these days will often times be paired with a semi-autonomous lane-keep function. More than a third (35%) of survey respondents said they definitely would not purchase a car with adaptive cruise control. The percentage of drivers who didn’t want other advanced safety features, such as forward collision warning, were all in the single digits. This could be a bad sign for automakers wishing to release fully autonomous cars, such as General Motors and its Cruise subsidiary, as it shows many motorists still do not trust such technology.