This 1966 Chevy Nova has all the trimmings of a showstopper. Draped in custom paint and body work, every angle of this thing is a sight to behold. That said, this isn’t some pampered trailer queen – the owner drives this thing hard, running seven-second quarter miles thanks to a massive twin-turbo powerplant. Power and beauty? It’s a helluva combo. 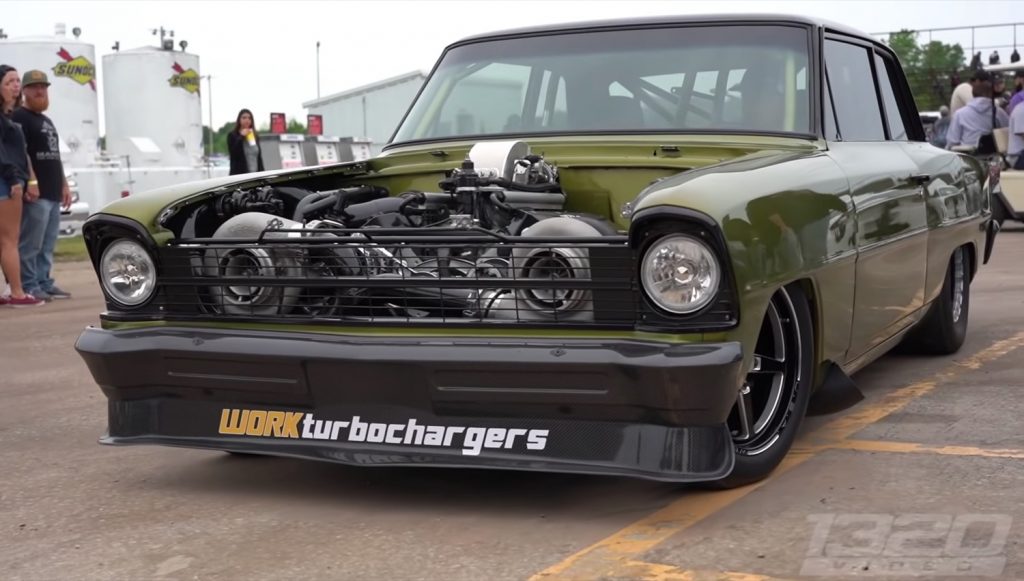 Captured in a recent six-minute, 34-second feature from 1320 Video, this ’66 Chevy Nova is clearly well-cared for. It looks remarkably clean, sporting a custom two-tone paint job. The top is done in black, while the rest of the body is in Rescue Green, a hue plucked from the Jeep Wrangler lineup. 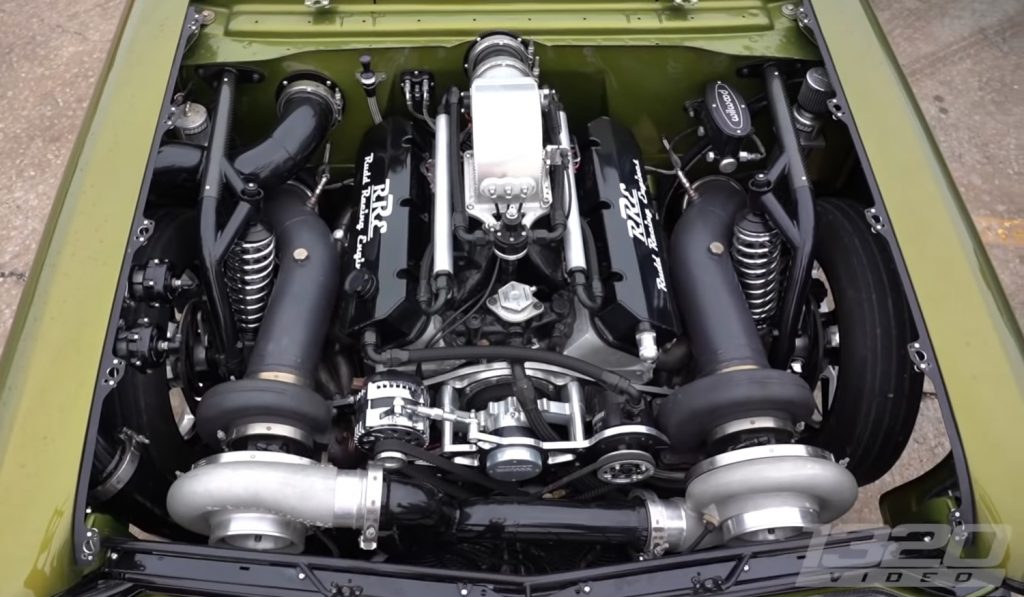 In addition to looking stellar, this Chevy Nova also runs with the best of ‘em thanks to a built 540 cubic-inch Rudd Racing V8 engine. Forcing the issue is a twin-turbo setup with dual 88mm snails pushing out the boost. Wilwood brakes help to slow it down. 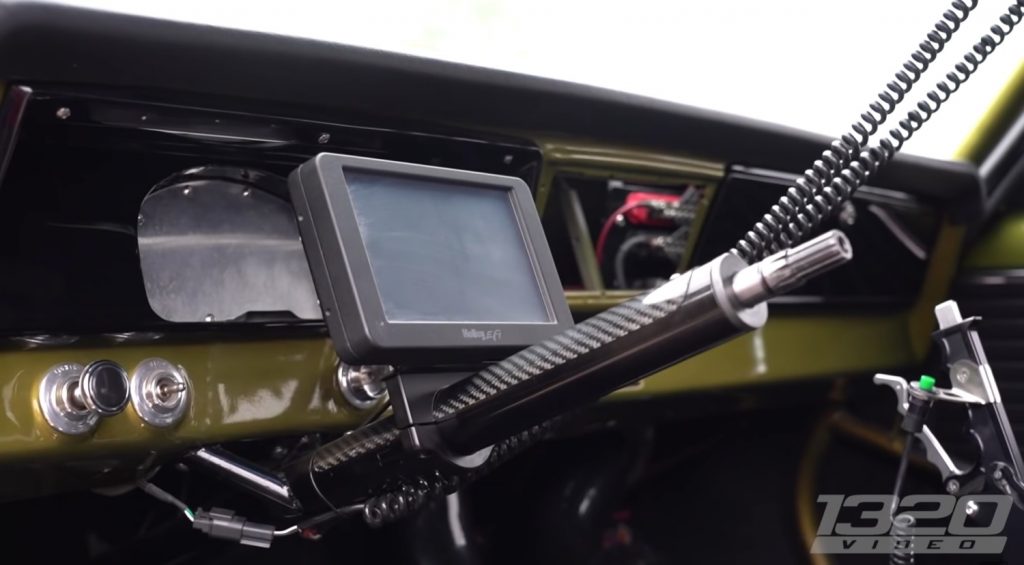 Not to have any detail overlooked, this ’66 Chevy Nova also gets an uber-clean, race-ready cabin space, which includes a fully built cage that’s painted to match the green exterior. Digital gauges keep tabs on all the vitals.

All told, this Nova runs hard. The owner says his best time is a 4.69 at 162 mph in the eighth mile, and a 7.26 at 176 mph in the quarter mile. Incredibly, the owner even says he drives it on the street, and the whole shebang tips the scales at 3,800 pounds with the driver. 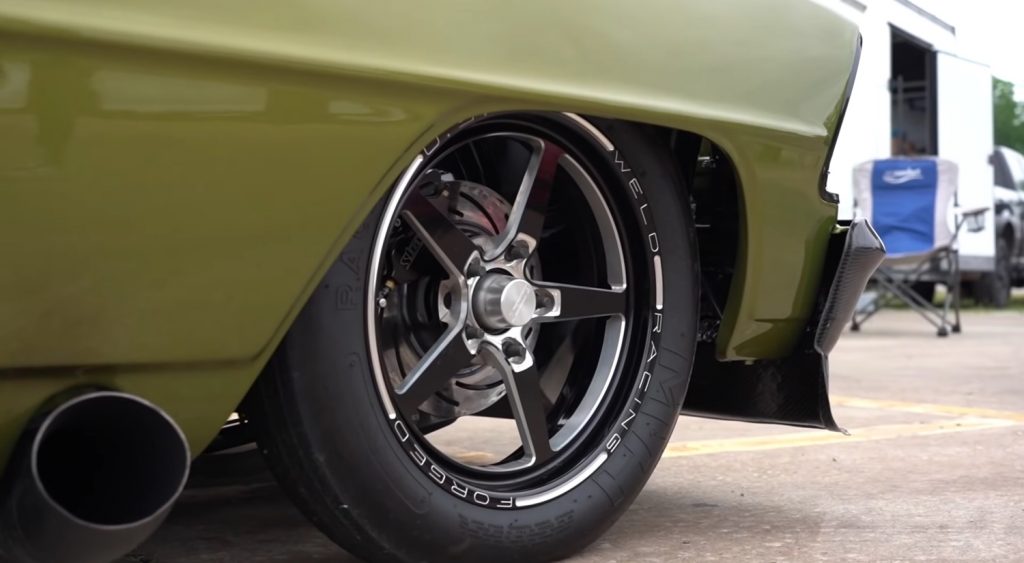 Seeing this ’66 Chevy Nova detailed is a treat, but seeing it run down the track at full steam is even better. Although the Nova ends up getting knocked out of the competition in this particular video, it still puts on one helluva show. Hopefully, the owner keeps plugging away at bringing his ETs down. By the looks of it, a six-second quarter mile time isn’t too far away. 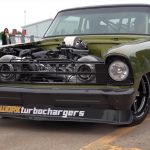 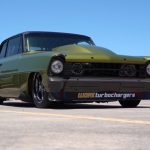 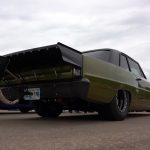 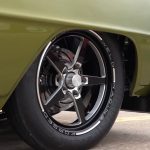 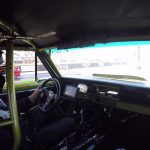 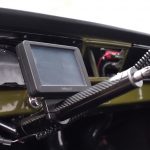 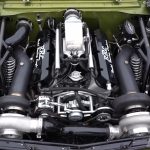