With its chiseled front fascia and aggressive attitude, the Chevrolet Camaro definitely looks the part of a performance-bred sports machine. However, some folks see the Camaro and only want to take that style further, as is evidenced by the following three-minute, 36-second video. 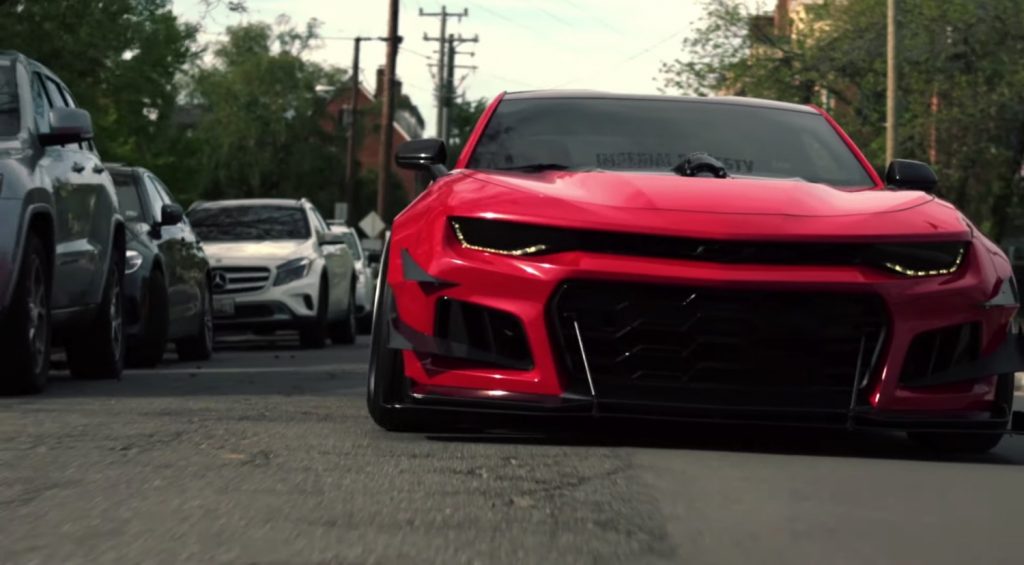 The Chevrolet Camaro featured here hails from the sixth generation, and is most notable for its slammed stance and flared-out, molded widebody kit. Covered in a red-and-black color scheme, this thing demands attention. The front end sports an exaggerated aero treatment, with a pronounced front splitter and large canards in the corners. The profile is all about the extra fender width, under which sits a set of deep-dish wheels that tuck the low-profile tires just under wheel arches. Finally, the rear end finishes it off with a prominent duck bill spoiler and even more aero with a large black diffuser, plus a quad set of exhaust tips. 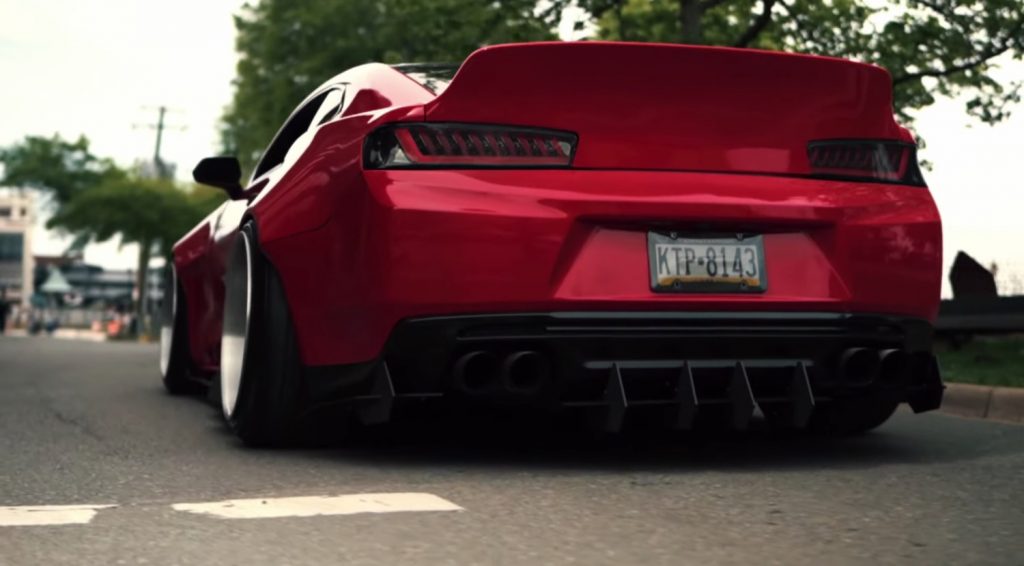 “First molded widebody sixth-gen in the world,” reads the video description, “and the best part is, it was home-built on a budget with zero autobody experience.”

“It’s true that dreams are free but the hustle is sold separately,” the description adds. 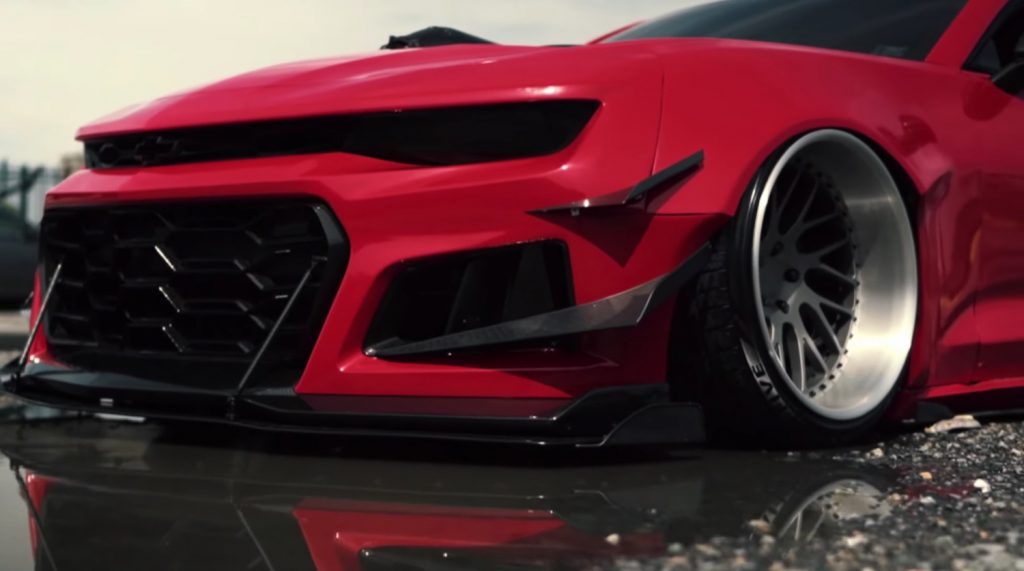 This particular video places the widebody Chevrolet Camaro in the middle of a sleepy little town, where it rolls around hovering just off the pavement like some red-and-black Bow Tie brand spaceship. The locals can’t help but gawk and turn their heads as it passes, standing out amongst the cobbled streets and puddles. 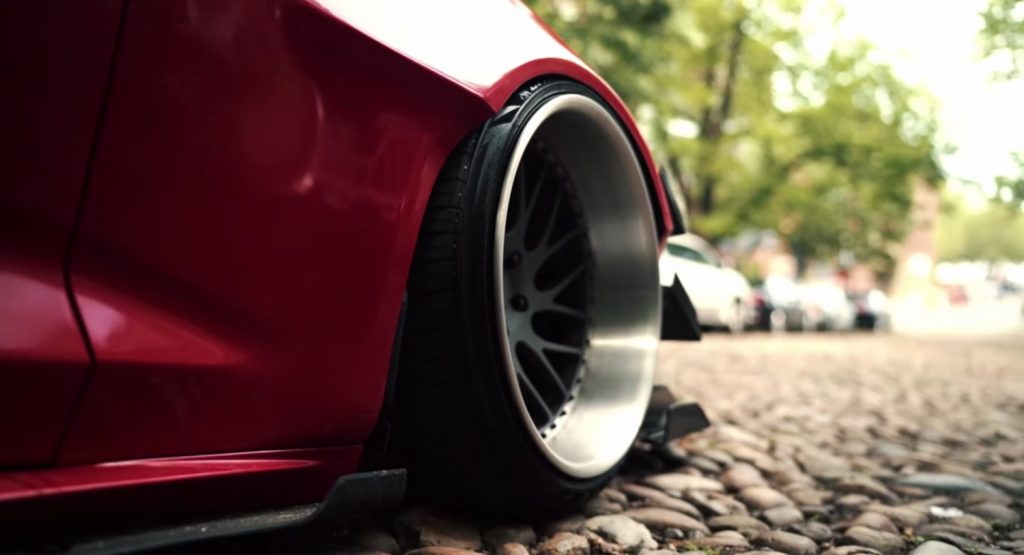 The video shows this Chevrolet Camaro off with well-produced footage and a beat-laced soundtrack, all without any narration or commentary of any kind.

What are your thoughts on this slammed widebody Chevrolet Camaro? Does it sit right, or would you prefer it stock? Let us know in the comments, and make sure to subscribe to GM Authority for more Chevrolet Camaro news, Chevrolet news, and around-the-clock GM news coverage. 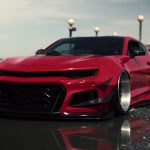 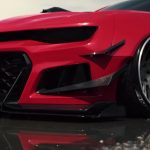 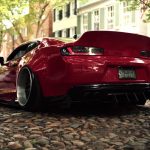 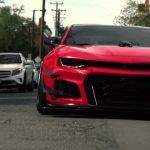 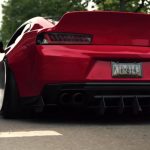 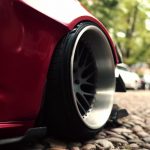