The Team Penske driver dominated the massive 2.66-mile superspeedway en route to the win, with his No .12 Ford Mustang showing considerable speed compared to the Chevrolet Camaro ZL1 and Toyota Camry teams. The 26-year old led a race-high 63-laps to secure his second NASCAR Cup Series win at the iconic Alabama oval, but that’s not to say the win came easy. 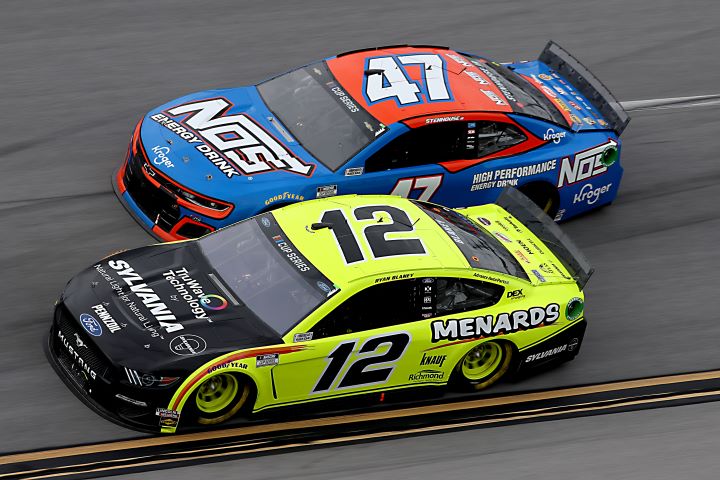 The 500-mile race was forced into overtime after Kevin Harvick got into the rear of Jimmie Johnson’s No. 48 Camaro ZL1 and sent him spinning onto the apron. Harvick jumped into the lead when the green flag came back out, but eventually got shuffled out of the all-important draft and was left to watch on as Blaney, Stenhouse, Chris Buescher and Joe Gibbs Racing’s Erik Jones began dicing for the lead. Jones attempted to pull out on Blaney as they approached start-finish on the final lap, but was forced into the wall as Blaney moved up to block. Stenhouse crossed the finish just .007s behind Blaney, while Aric Almirola, Denny Hamlin and Jones rounded out the top five. 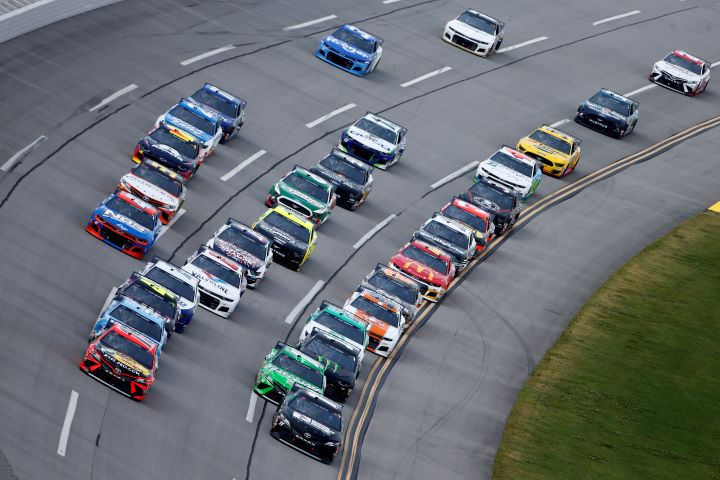 “I just kind of blocked, just trying to block the best we could,” Blaney said of the frantic last-lap dash. “Ride the top, ride the bottom. The 20 (Jones) got to my outside, and I tried to go up there to slow him down and … I’m not sure, I don’t know … three-wide, I hate that I hit him, but just kind of trying to beat and bang to the line and things like that.” 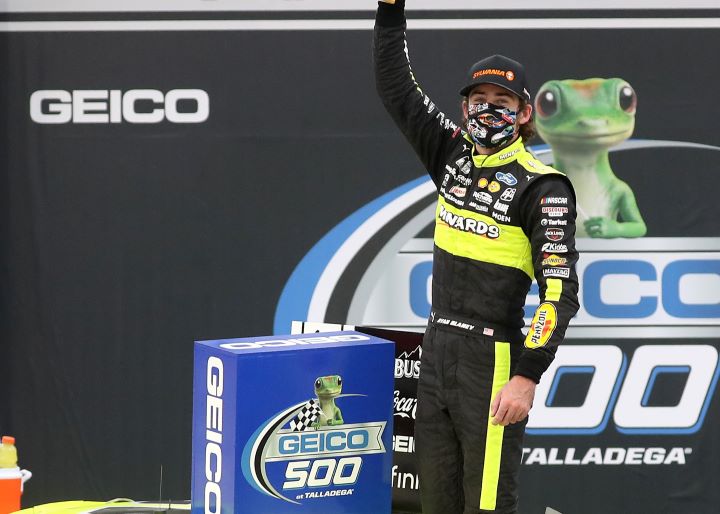 Blaney has made good use of his ultra-fast Team Penske Ford Mustang since NASCAR returned form its COVID-19 hiatus. So far this year, the young racer has six top fives and a win to his name, putting him third in the standings behind series veterans Kevin Harvick and Joey Logano.

“It’s been a cool year so far, and I’m really excited to get our first win of the year at a cool place,” Blaney added.

Nine of the last 10 NASCAR Cup Series races at Talladega have been won by Ford machinery, though Chevrolet was less than a thousandth of a second away from winning this year’s Geico 500.

Check out the full highlights from the Geico 500 from Talladega in the video embedded below.