One of the GMC Hummer EV electric pickup truck’s main rivals will be, without question, the Rivian R1T. While Rivian is a little-known startup, the company has plenty of cash thanks to major investments from Amazon and Ford, and the performance statistics for the R1T are undeniably impressive.

The Rivian R1T is set to go into production sometime in early 2021. For now, though, Rivian remains very busy developing the new pickup truck, with the Michigan-based electric vehicle maker releasing a series of videos this week showing a pre-production prototype undergoing intense off-road testing. 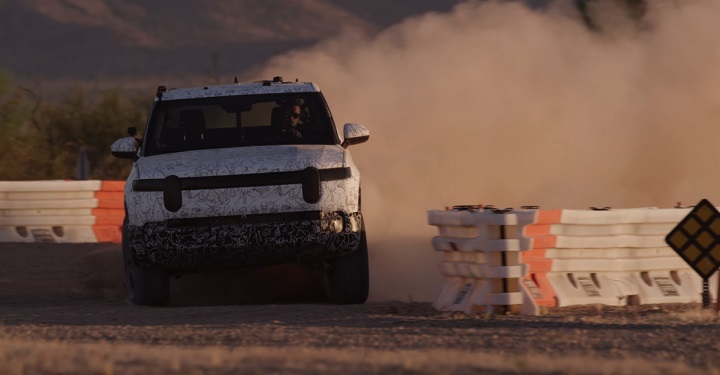 The first video in the series, entitled ‘To The Max’, opens by showing the Rivian R1T driving on a dirt path at an off-road proving ground in the Arizona desert. Later on in this video, we see the Rivian R1T ascending and descending a rocky hill face before some short clips of it performing high-speed drifts on gravel appear on screen. 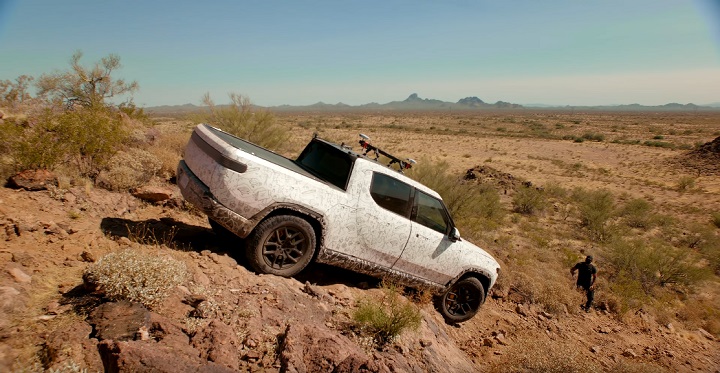 The most impressive video, however is the one entitled ‘ ‘Performance Testing: Launch’. This brief, 18-second clip shows the R1T accelerating extremely fast from a stop in gravel. Rivian has said previously that the R1T will be able to accelerate from 0-60 mph in 3.0 seconds flat and this clip appears to back up their claims – though we are still eager to see how it accelerates on the pavement as opposed to slippery gravel. 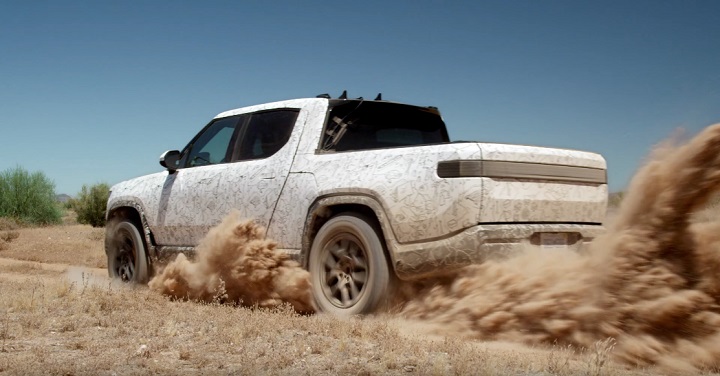 The range-topping Rivian R1T will feature four electric motors (one mounted on each wheel) and will produce roughly 750 horsepower. The company is also promising a model that will be able to travel up to 400 miles between charges. As a reminder, General Motors has confirmed there will be one GMC Hummer EV model variant that will produce around 1,000 horsepower and accelerate from 0-60 mph in around three seconds. The biggest of GM’s Ultium battery packs will also enable certain vehicles to travel 400 miles of range between charges, but it’s not clear what the real-world range of the GMC Hummer EV will be.

The GMC Hummer EV will arrive on the heels of the Rivian R1T, with GM planning to put the vehicle into production sometime in late 2021 as a 2022 model year product. For now, you can see one of its main rivals in action in the four videos embedded just below.