Back in April, a Florida man was left heartbroken after his C8 Corvette received heavy damage after t-boning a drunk driver in a Hyundai Accent. Shortly after that, photos of a separate C8 Corvette crash surfaced online, showing the car with front and side damage after it skidded off the road into a muddy field. Most recently, we saw photos of yet another C8 Corvette crash, which looked as though the driver had lost control of the vehicle and slid into a bed of large rocks at relatively low speed. 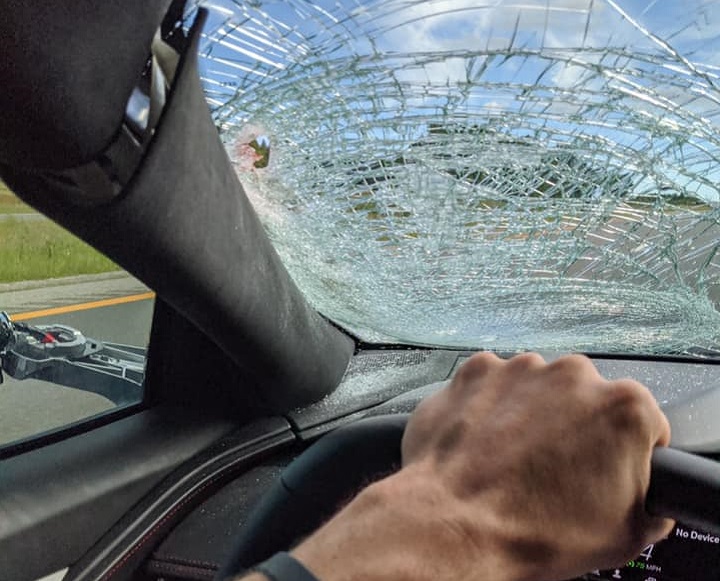 Now, we’re back with a couple more C8 Corvette crashes, unfortunately. Photos from the first of these crashes, both of which we found while perusing C8 Corvette fan pages on Facebook, shows a black C8 Corvette with a broken windshield. This rather extensive damage was not caused by driver error, but rather wildlife. The driver allegedly hit a deer, according to the original Facebook post, causing a cracked windshield, some side damage and ripping off the side view mirror. 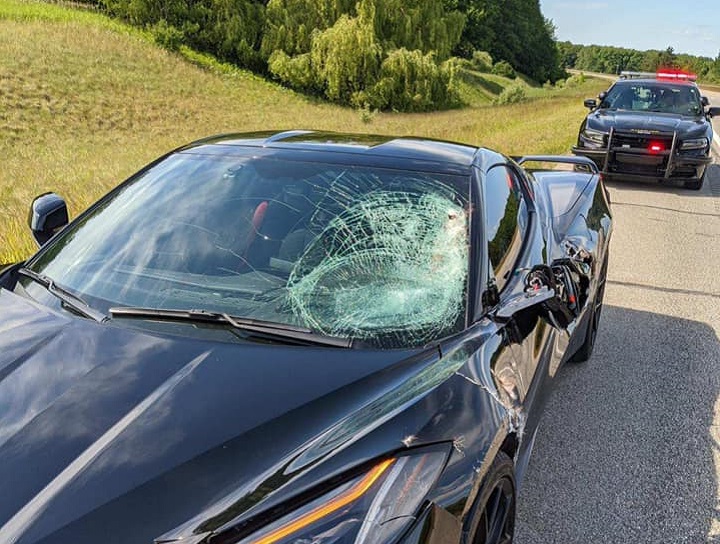 The C8 Corvette is a small car, so we’re just glad to see that the driver of the vehicle was unhurt in this accident. We know not everyone has been quite so lucky after hitting a buck. 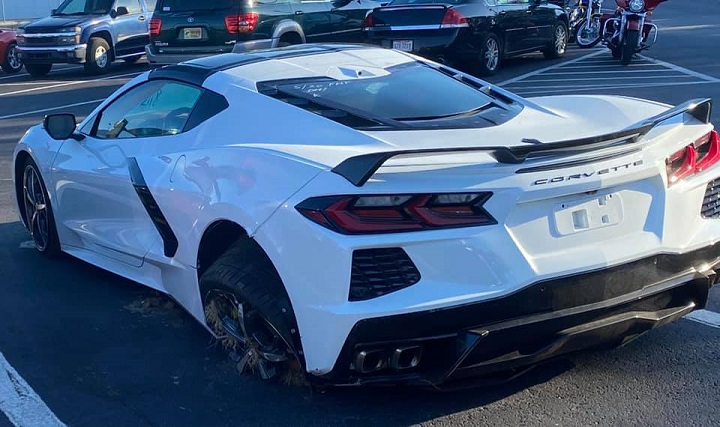 Details on the second wreck are murky. We’re not sure how this car incurred so much front-end damage, but they may have hit a curb or another small object, as the damage seems to be concentrated toward the bottom portion of the front bumper. The impact that caused the bumper damage appears to have also knocked the hood out of place. Moving around back, we can see the car also has some fairly heavy left rear suspension and wheel damage, suggesting there were two impacts with a wall or other stationary object.

It’s hard to say whether these cars will be totaled after looking at the photos, but it’s fairly easy to rack up a big repair bill on a new sports car like the C8 Corvette. All the more reason to drive safe out there, Chevy fans.