An NFL wide receiver was dropped by his team this week after he was charged with DUI for crashing his fifth-generation Chevrolet Camaro into a lake in Put-In-Bay, Ohio.

Jermiah Braswell, 23, was picked up by the Arizona Cardinals as an undrafted free agent shortly after the 2020 NFL draft. Unfortunately for him, though, his time in the big leagues was over before it even began. According to the Put-In-Bay Police, Braswell was behind the wheel of a Chevrolet Camaro when it veered off the road, drove off a grass embankment and landed in Lake Erie. 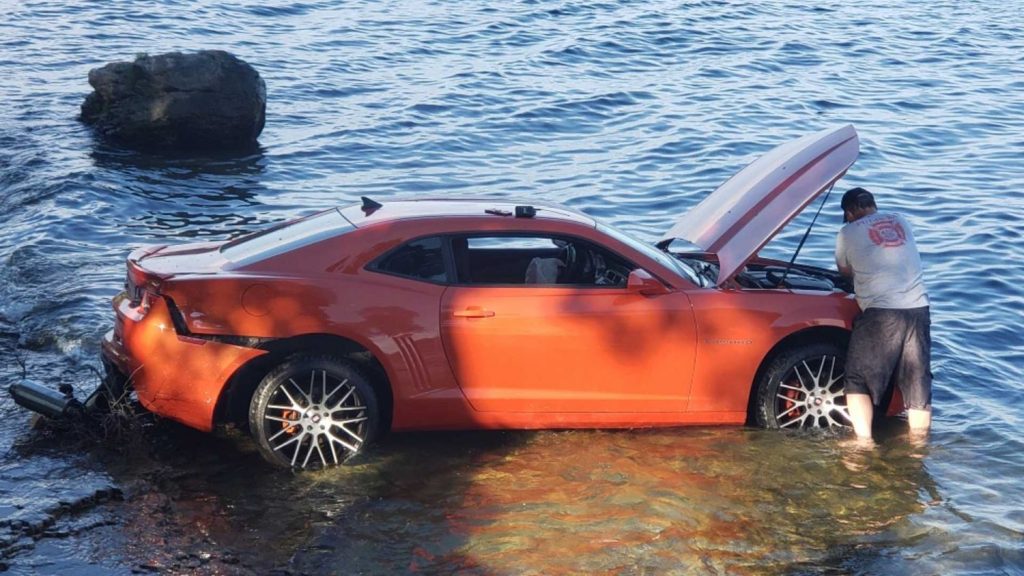 When police arrived on the scene, they approached the orange Camaro and found Braswell “was still in the driver’s seat trying to drive forward.” He allegedly told officers that he was “stuck” and didn’t know how his vehicle had landed in the water. Police then noticed his speech was slurred and administered a breathalyzer test. Braswell was found to be over Ohio’s legal blood alcohol content limit for operating a motor vehicle and was subsequently placed under arrest.

Photos of the scene show Braswell’s Chevrolet Camaro, which appears to be outfitted with large aftermarket wheels, sitting stranded near the shore of Lake Erie with rather significant front and rear-end damage. The airbag appears to have also gone off in the crash. 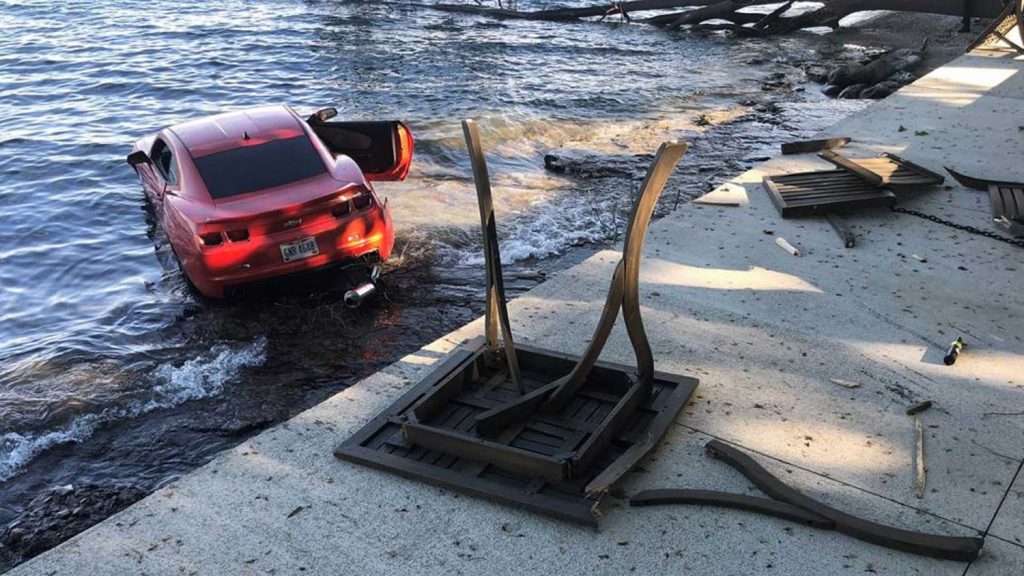 Braswell previously played football for Youngstown State and racked up 11 touchdowns with 986 yards in 40 games over four seasons with the school. Not surprisingly, the Cardinals have now elected to drop Braswell from the team, though he wasn’t guaranteed to make the roster this season. 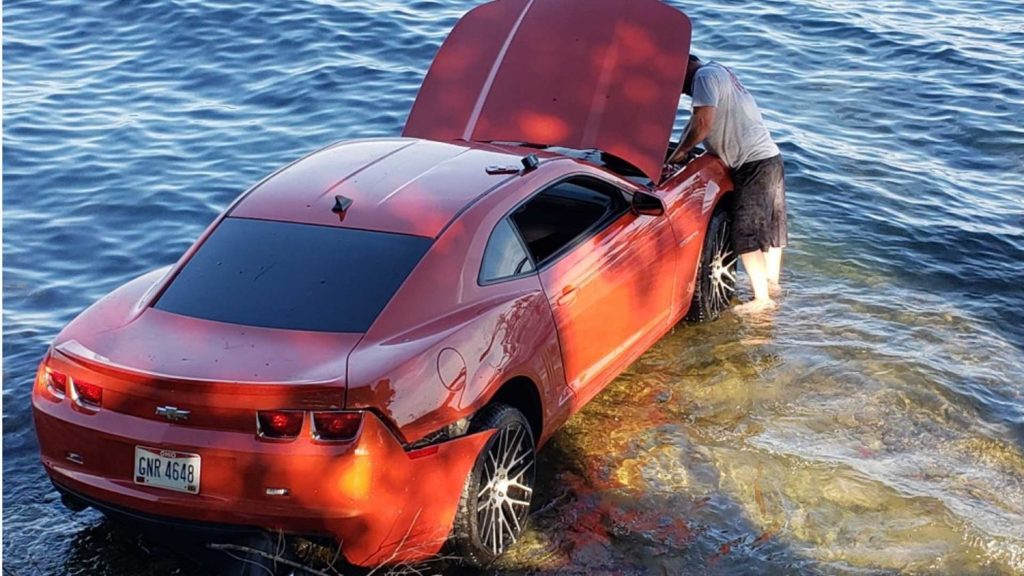 Thankfully this was a single-vehicle crash and no one, Braswell included, was hurt in the accident. Put-In-Bay is a popular destination for tourists and vacationers this time of year, so it’s a relief that no pedestrians, cars or golf carts were collected by Braswell’s speeding, out-of-control Camaro.