Chevrolet vehicles with the Chevrolet Infotainment 3 system now come with a built-in Amazon Alexa AI assistant, allowing the driver or occupants to perform a variety of tasks using voice commands.

General Motors recently released an advertisement showing how its new Infotainment 3 system can make life easier for owners of new Chevrolet vehicles thanks to the onboard Amazon Alexa assistant. As seen in the ad, the user can set Alexa up to know their address and workplace, allowing them to ask the AI assistant how long it will take to get home or to work based on the current traffic conditions. The assistant can also be paired with accounts they have at retail locations and grocery stores, such as Whole Foods, allowing them to pre-purchase items from the store for pickup at a later date. 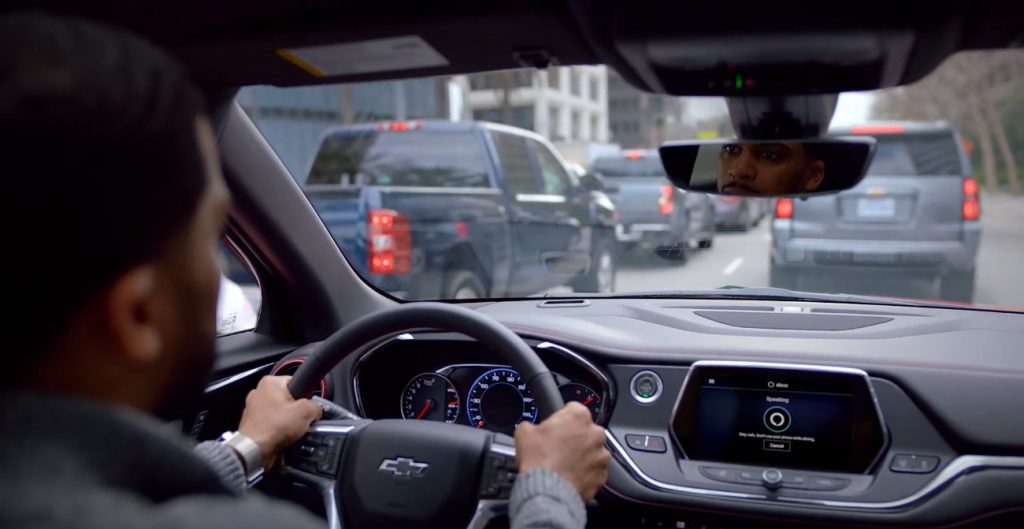 Those aren’t the only skills demonstrated in the ad, either. The user can also tell Alexa to “announce” something via the user’s at-home Alexa speaker if they have one. This will play a recording of the user’s voice through the at-home speaker, allowing them to quickly contact their family to let them know what they are doing (ex. stuck in traffic, at the store, picking up dinner, etc.). More simple commands are also demonstrated, such as asking Alexa to play a pre-made music playlist or change the radio station.

Only properly equipped Chevrolet vehicles will be able to carry out all the Amazon Alexa tasks seen in the advertisement. There are actually three versions of the Infotainment 3 system available in certain new Chevy vehicles, like the Blazer for example. Amazon Alexa is not compatible on the entry-level version, but is available on the mid-level and range-topping versions of the system with the ‘In-Vehicle Apps’ function. For the Blazer, the mid- and top-tier version of Infotainment 3 is optional on 3LT and RS trim levels and standard on Premier trims. The user will also need an active internet connection via OnStar’s 4G LTE hotspot to connect to their at-home Alexa device and to add items to their cart for online shopping as well.

See how the built-in Amazon Alexa AI assistant works in new Chevy vehicles like the Blazer in the video embedded below.