Ray Ciccarelli, a NASCAR Gander RV and Outdoors Truck Series team owner and driver, announced this week that he intends to step away from the sport after NASCAR banned the Confederate flag at races. 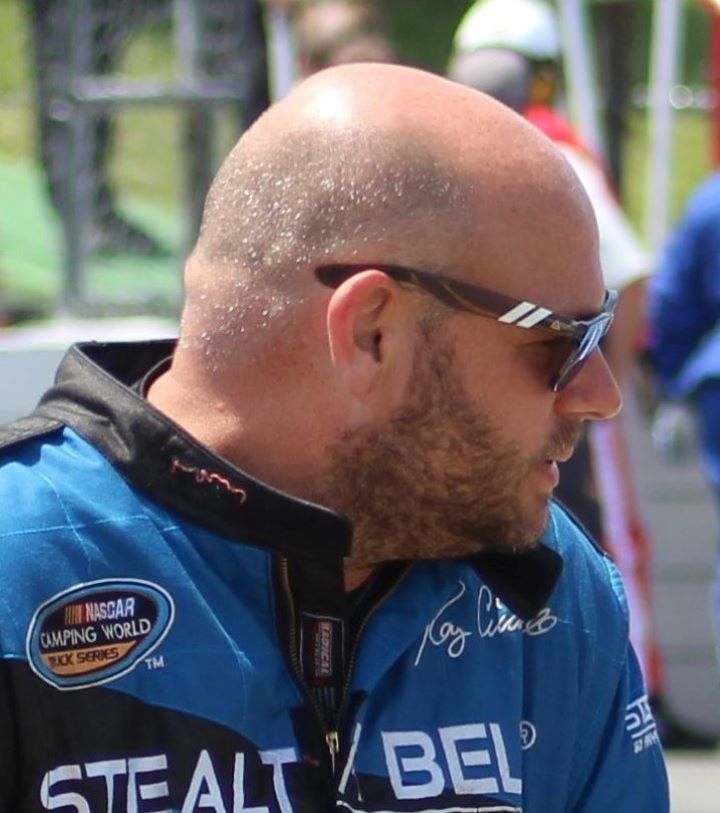 Ciccarelli, who owns CMI Motorsports and serves as a part-time driver of the No. 49 Chevrolet Silverado, published a post on his Facebook page this week saying that he intends to retire from stock car racing at the end of the 2020 season and cited NASCAR’s recent ban on displaying the Confederate flag at races and NASCAR-owned properties as his reasoning.

“Well its been a fun ride and dream come true but if this is the direction Nascar is headed we will not participate after 2020 season is over , I don’t believe in kneeling during Anthem nor taken ppl right to fly what ever flag they love,” the 50-year old wrote in the post, which has since been removed from his Facebook page. “I could care less about the Confederate Flag but there are ppl that do and it doesn’t make them a racist all you are doing is f***** one group to cater to another and i ain’t spend the money we are to participate in any political BS!! So everything is for SALE!!” 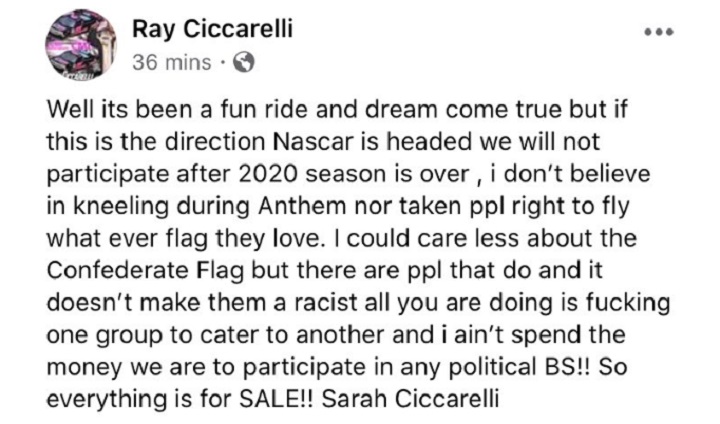 Ciccarelli is far from a prominent NASCAR Truck Series competitor. He contested 18 races over the span of three years and recorded a best finish of ninth at the 2019 Corrigan Oil 200 at Michigan. He failed to qualify for this year’s NextEra Energy 250 at Daytona, which is the only Truck Series event he has contested so far this year. He plans to race in this Saturday’s Baptist Health 200 from Homestead-Miami, though it’s unclear if CMI Motorsports plans to contest any further races in 2020 before his alleged retirement.

NASCAR banned the Confederate flag this week following widespread protests over racial injustice, inequality and police brutality. The series’ full statement on the matter is as follows:

“The presence of the confederate flag at NASCAR events runs contrary to our commitment to providing a welcoming and inclusive environment for all fans, our competitors and our industry. Bringing people together around a love for racing and the community that it creates is what makes our fans and sport special. The display of the confederate flag will be prohibited from all NASCAR events and properties.”