With its new mid-mounted engine, the C8 Corvette is a major departure from tradition. The question is – will it depart from the previous-generation Chevrolet Corvette C7 Stingray in a drag race? To find out, Hennessey Performance arranged a drag race, and documented the results in the following 2-minute, 48-second video.

From the off, it should be mentioned that this particular race isn’t totally “fair.” While the C7 Corvette Stingray is bone stock, the C8 Corvette has been modified with a new Hennessey Performance stainless steel exhaust system, plus lightweight wheels wrapped in Hoosier race tires.

Throw in the added traction from the C8 Corvette’s new mid-engine platform, not to mention those Hoosier race tires, and it would seem as though the new model has the odds tipped in its favor.

Nevertheless, watching these two performance heroes duke it out on the drag strip is a delight. The video shows several runs, including a few from a dig and a few from a roll, all while the V8s bark and snarl down the straight. There are multiple camera angles provided, including from the exterior of both vehicles, inside both vehicles, and from cameras positioned around the track. 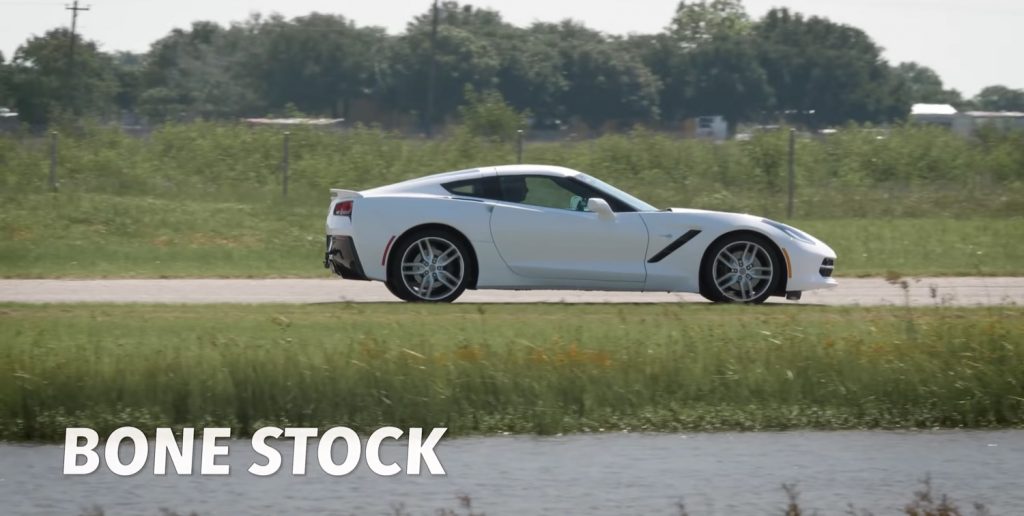 Even though the results aren’t that surprising, it’s still interesting to watch the C8 Corvette claw its way past the C7 under full-throttle acceleration. Hit play to see it all go down for yourself.