General Motors is currently considering setting up a ‘General Motors Special Vehicles’ (GMSV) venture that would be responsible for importing North American models into Australia like the Chevrolet Corvette and Tahoe. The automaker has not made any decisions on the matter, however, and is still evaluating whether or not it will maintain a sales presence in the Australian market following Holden’s departure later this year.

Now a mysterious merchandise company is attempting to cash-in on the ‘General Motors Special Vehicles’ name in Australia before GM itself has the chance to. Australian publication CarAdvice.com.au discovered a Facebook page called ‘GMSV – GMSV Special Vehicles‘ that is attempting to sell GMSV branded t-shirts and merchandise through the fan page and a related website.

Walkinshaw Group, which is purportedly in talks with GM to set up the GMSV venture, confirmed to CarAdvice that the GMSV merchandise and website “has no affiliation with HSV or the Walkinshaw Group in any way,” and is not selling officially licensed products. 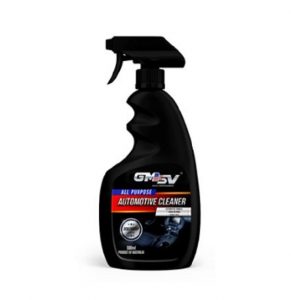 Oddly, the Facebook page for ‘GMSV’ also features a photo showing a Ford Mustang next to the various GMSV merchandise, which includes apparel and car cleaning products. Other photos of the brand’s web page captured by CarAdvice show a Chevrolet Camaro ZL1 alongside the product, however.

GM is still deliberating over whether it will continue to operate in Australia and if it will indeed sell vehicles under the rumored GMSV banner in the country. If it goes ahead with the venture, the automaker may first focus on importing trucks and SUVs like the Chevrolet Silverado 1500 and Chevrolet Tahoe, though the C8 Corvette could join the GMSV portfolio too.

GM President Mark Reuss said previously that the company sees “an opportunity to profitably grow the specialty vehicle business,” in Australia and said it plans to “work with our partner (Walkinshaw Group) to do that,” in the coming months.