The third-generation Toyota Corolla was offered with a variety of four-cylinder engines ranging in size from 1.2L to 1.6L. For the time, these engines were good on gas, reliable and cheap to repair – which are pretty much the only characteristics that Toyota Corolla buyers look for out of an engine.

YouTube’s Stance Royalty recently featured a third-gen Toyota Corolla on their channel after catching up with the owner of the reasonable Japanese commuter car at the recent Powercruise Perth car show. Powercruise, a long-running Aussie car show/meet, is all about assembling high-horsepower cars and utes from the surrounding area. For that reason, one may be wondering why a third-gen Toyota Corolla was at Powercruise. Well, let’s just say this is no regular E30 Corolla. 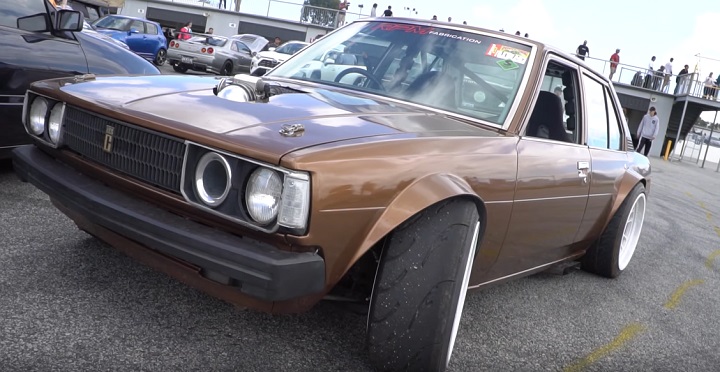 Under the hood of the brown Toyota in question isn’t a fuel-sipping 1.2L four-cylinder, but rather a 5.7L LS1 V8 topped off with a roots-style blower. The LS1 V8, which was likely plucked from a Holden Commodore or Monaro, is bone stock apart from the supercharger and is good for roughly 550 horsepower. That might not be much by American standards (we do live in an age of 700+ horsepower production cars, after all) but it’s more than enough in this little Japanese runabout. After a couple of full-throttle pulls, the host quips that it feels like the car is making way more than the owner’s claim of 550 horsepower – which we imagine is a result of the car’s small stature and loud straight pipe exhaust. 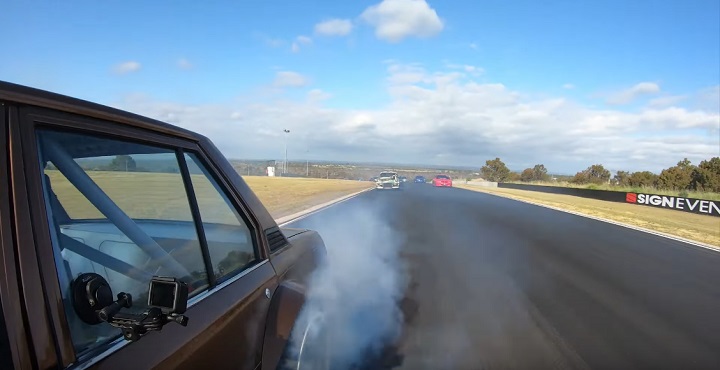 Hear what the owner of this absolutely mad Toyota Corolla has to say about it (and watch him convert his rear tires into a cloud of smoke) in the video below. GM fans will also spot several other notable GM vehicles in the video, including several generations of Holden Commodore and a handful of Holden Utes.