As Chase Elliott and Joey Logano came together in the closing laps of Sunday’s Food City 500 from Bristol Motor Speedway, Brad Keselowski swooped in to pick up the pieces and take his second NASCAR Cup Series victory in a week.

Logano and Elliott were battling hard with just two laps remaining when Elliott’s No. 9 Chevrolet Camaro ZL1 slid up the track and pancaked Logano’s No. 22 Ford Mustang against the outside wall, damaging both cars and causing both to fall back through the field. This gave the lead over to Keselowski, who successfully fended off Clint Bowyer in the closing laps to take the victory. 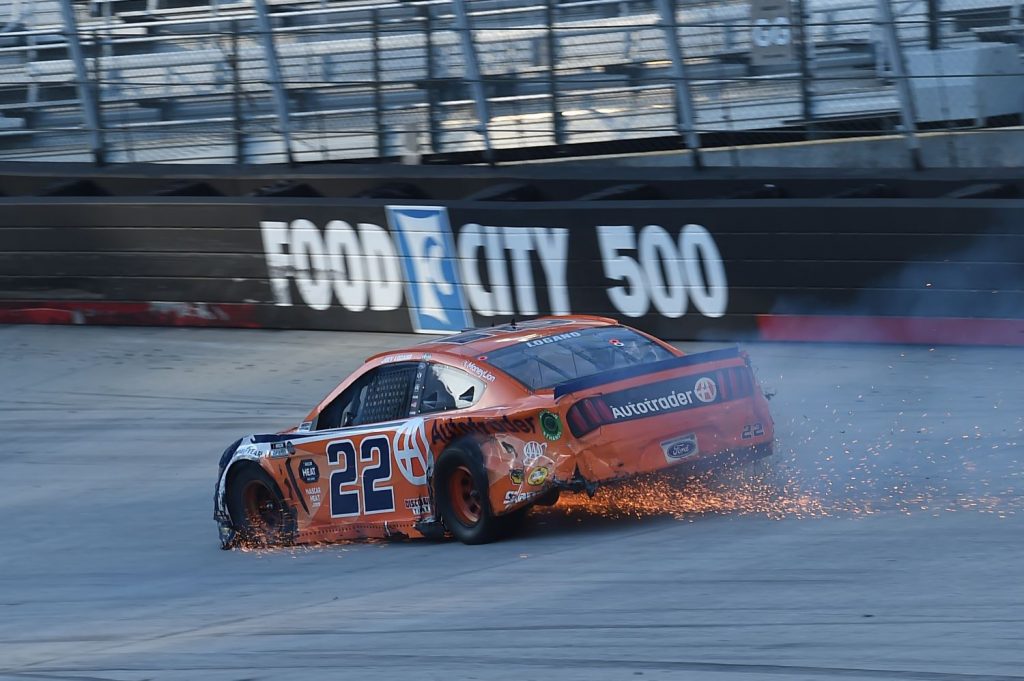 Keselowski started on pole and led 115 laps en route to the win, the second-highest amount behind Denny Hamlin, who led 131. But while the No. 2 Ford looked competitive all day, Elliott appeared to have the strongest car after winning both Stage 1 and Stage 2. Hamlin’s No. 11 Toyota Camry was also fast late in the race, but the Joe Gibbs Racing driver was taken out of contention with 12 laps remaining after Joey Logano got loose, made contact and sent Hamlin spinning into the No. 78 Chevy of B.J. McLeod.

Keselowski marveled at his luck post-race, joking with his crew chief that they should take a trip to Las Vegas considering their fortunes in the NASCAR Cup Series as of late.

“We kind of got a Christmas present here in Bristol,” Keselowski said. “We were in position and able to strike when it counted with the Discount Tire Ford Mustang. Joey and Chase got together there. I don’t know what all caused it, but we were just in position to strike and here we are in Victory Lane.”

“It was just such a turn of events it felt like I was playing poker in Vegas,” he also joked.

Fan-favorite driver Jimmie Johson followed Bowyer across the finish line to take third, while Kyle Busch and Erik Jones rounded out the top five. Elliott, who won last week’s Alsco 500 from Charlotte, was classified 22nd after clashing with Logano.