NASCAR Cup Series teams were busy this past weekend after the series hosted an action-packed doubleheader at Pocono Raceway that saw both Kevin Harvick and Denny Hamlin emerge victorious. 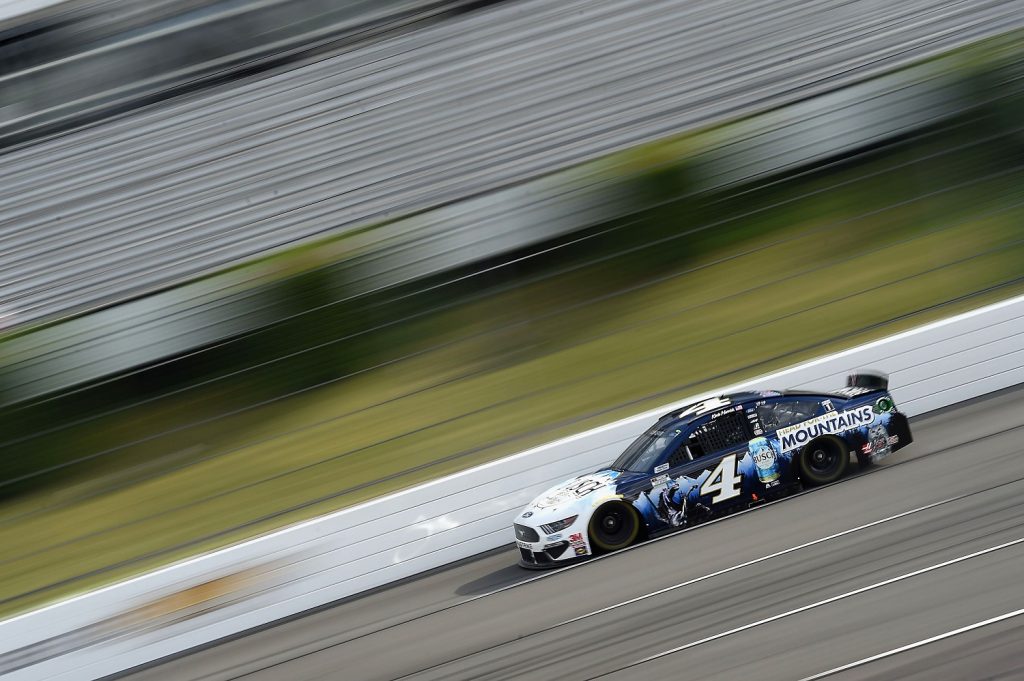 Hamlin nearly swept the doubleheader weekend, putting the pressure on Harvick in the last green-flag run to the finish for the Pocono Organics 325 on Saturday. Harvick and his Stweart-Haas Ford managed to hold off the hard-charging Joe Gibbs Racing Toyota of Hamlin, however, crossing the finish line just .761 seconds ahead of the No. 11 FedEx car to take his third win of the 2020 season.

Harvick led only the final 17 laps of the race after his team managed to gain track position by taking two right side tires in the final sequence of pit stops. Aric Almirola led a race-high 61 laps, but faded in the final green flag run and came home third. 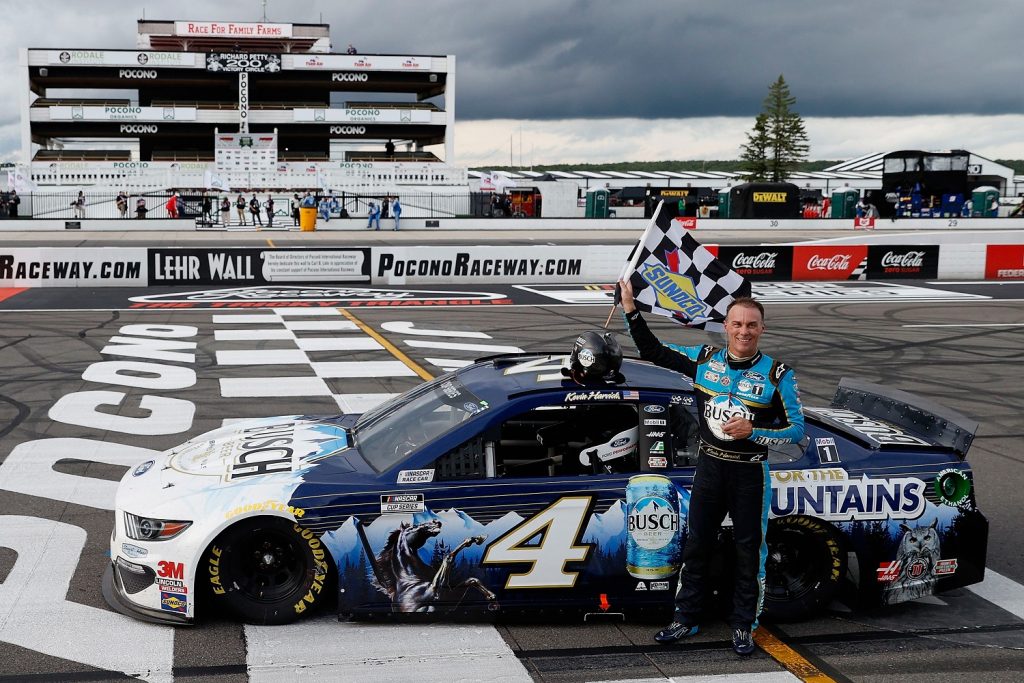 Sunday’s Pocono 350 was once again a battle between Harvick and Hamlin – only this time it would be Hamlin that crossed the finish line first. The JGR-Toyota driver elected to stay out on old tires when Harvick’s crew called him into the pits, allowing him to grow his lead to around 33 seconds as Harvick’s No. 4 Ford Mustang became marred in lapped traffic. Hamlin pitted for the last time on Lap 120 and retook the top spot from teammate Martin Truex Jr. on Lap 126. He kept the nose of the No. 11 Toyota clean over the course of the final 51 green flag laps, eventually finishing 3.068 seconds ahead of Harvick. The win was Hamlin’s sixth at Pocono – enough to tie Jeff Gordon for all-time wins at the infamously difficult ‘Tricky Triangle’. 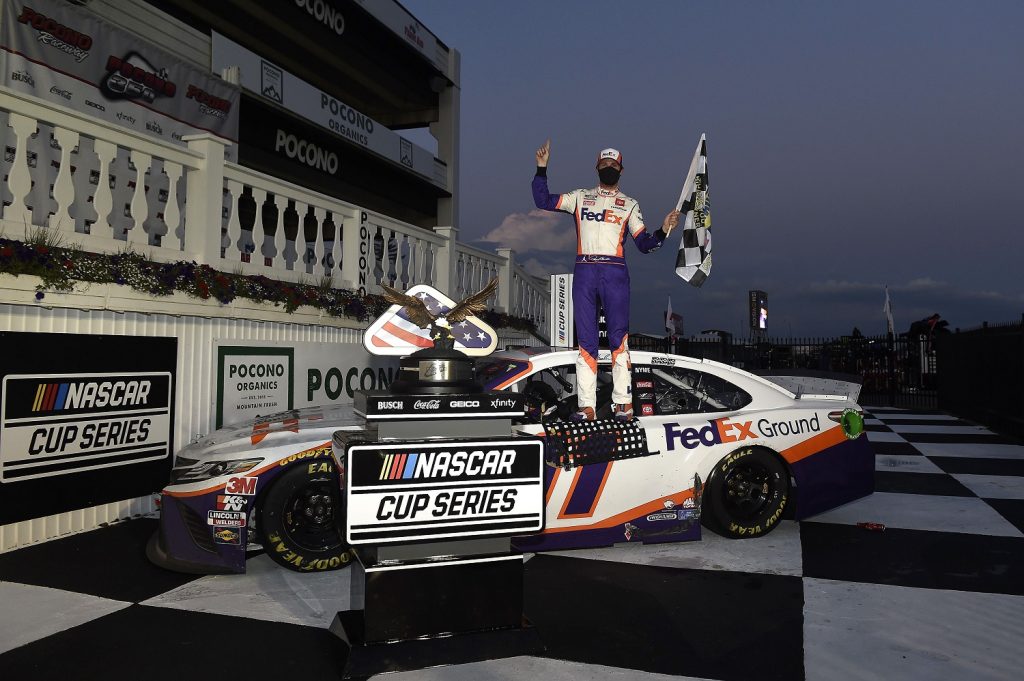 The top-finishing Chevrolet driver on Saturday was Katt Kenseth, who finished 11th, while Chase Elliott managed a fourth-place finish on Sunday in a trying weekend for the Bowtie.

Check out the two videos below for complete highlights from Saturday’s NASCAR Pocono Organics 325 and Sunday’s Pocono 350. NASCAR heads to Indianapolis Motor Speedway next for the Big Machine Vodka 400 on July 5th.