Denny Hamlin triumphed over Chase Elliott to win the Dixie Vodka 400 from Miami-Homestead on Sunday night and take the 40th NASCAR Cup Series win of his career. 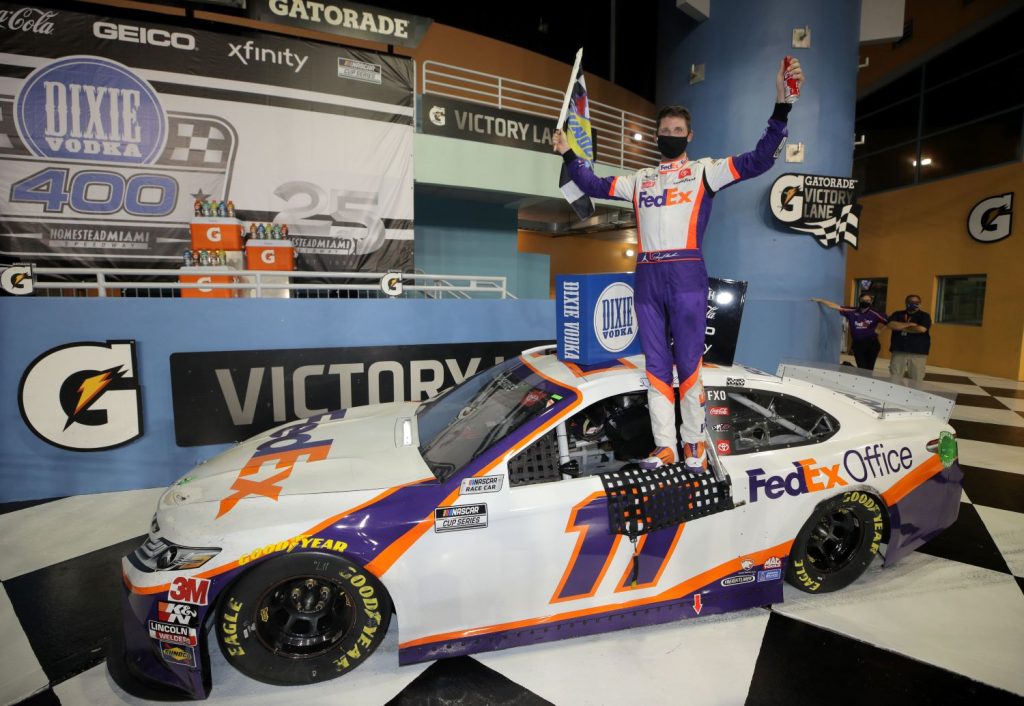 Hamlin dominated the 1.5-mile Miami-Homestead oval on Sunday, winning both Stage 1 and Stage 2 before completing the sweep with a race victory. He led 138 of the race’s 267 laps, taking the lead for the final time when he passed Elliott with 29 to go after a round of green-flag pit stops. Elliott had a sizable 1.5 second lead on Hamlin after pitting before him, but with Hamlin’s stronger long-run pace and slightly newer rubber, he couldn’t keep the No. 11 Toyota Camry behind him. 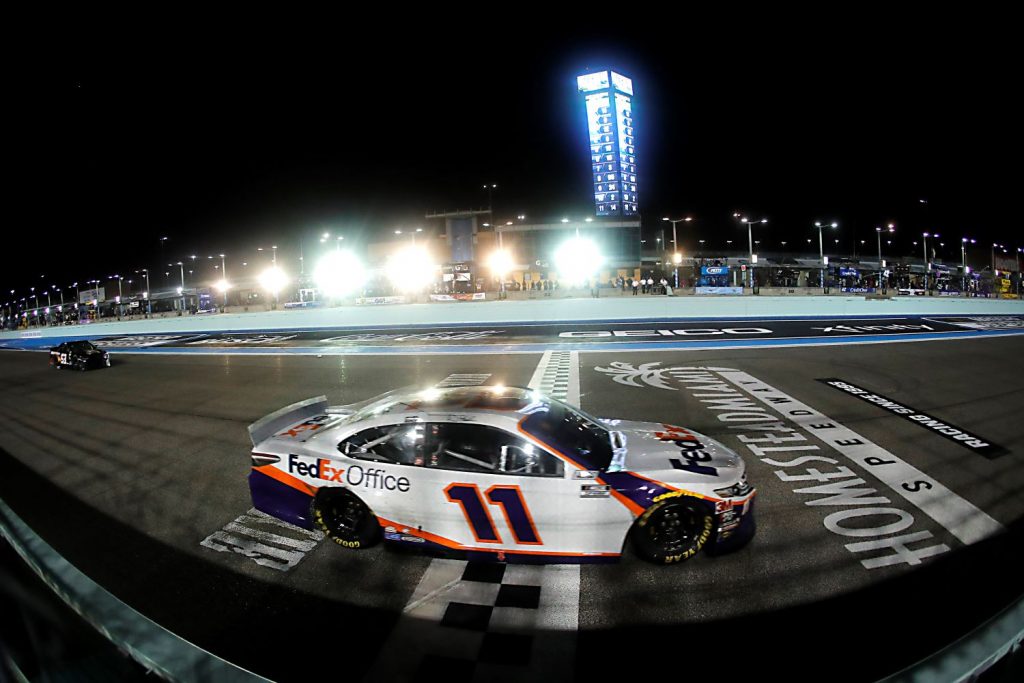 “It seemed like the end of these races seem to be Chase’s best suit, but I knew that if I was just patient and ran the pace I wanted and the pace I was comfortable with we were going to be hard to beat in the long run,” Hamin told NASCAR.com post-race. “We had a strong car all day, obviously, with the laps led and able to get around Chase there at the end. This whole FedEx team has just done a phenomenal job and this Camry, this one is real special.” 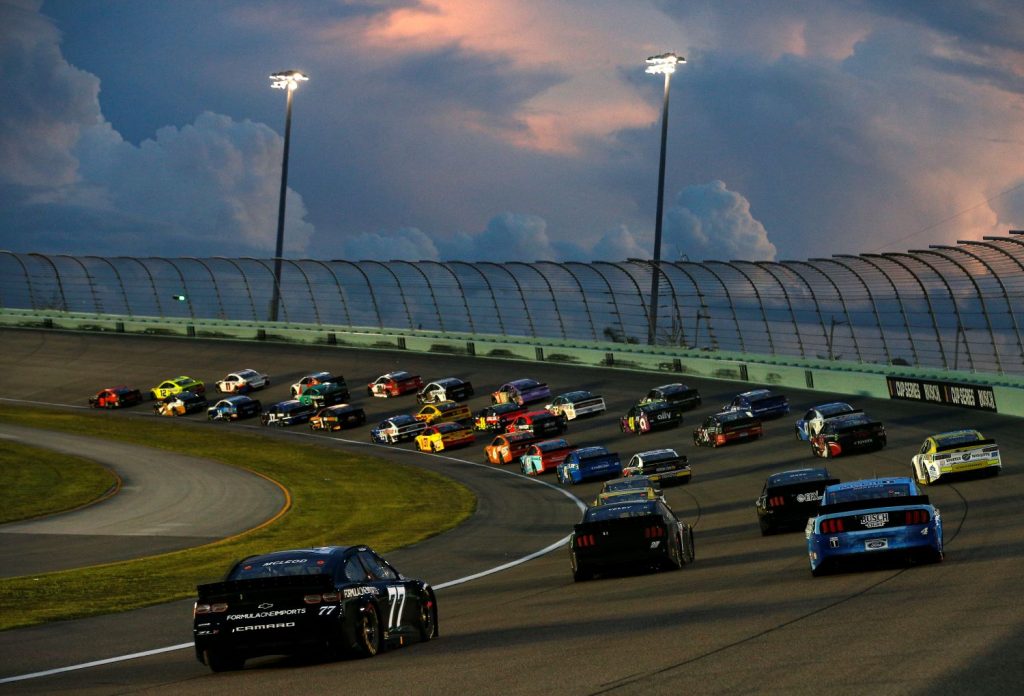 Elliott was frustrated with his performance, with the 24-year-old telling NASCAR.com that his Hooters-sponsored Chevrolet Camaro ZL1 was good for a win if he had dealt with lapped traffic a little better.

“Just need to get through lapped traffic better,” he explained. “I thought our Hooters Camaro really was good enough to win and I thought we executed a really nice race and kept it off the wall almost the whole race, kinda got it there at the end. But I’m proud of the effort and we’re bringing fast cars right now.” 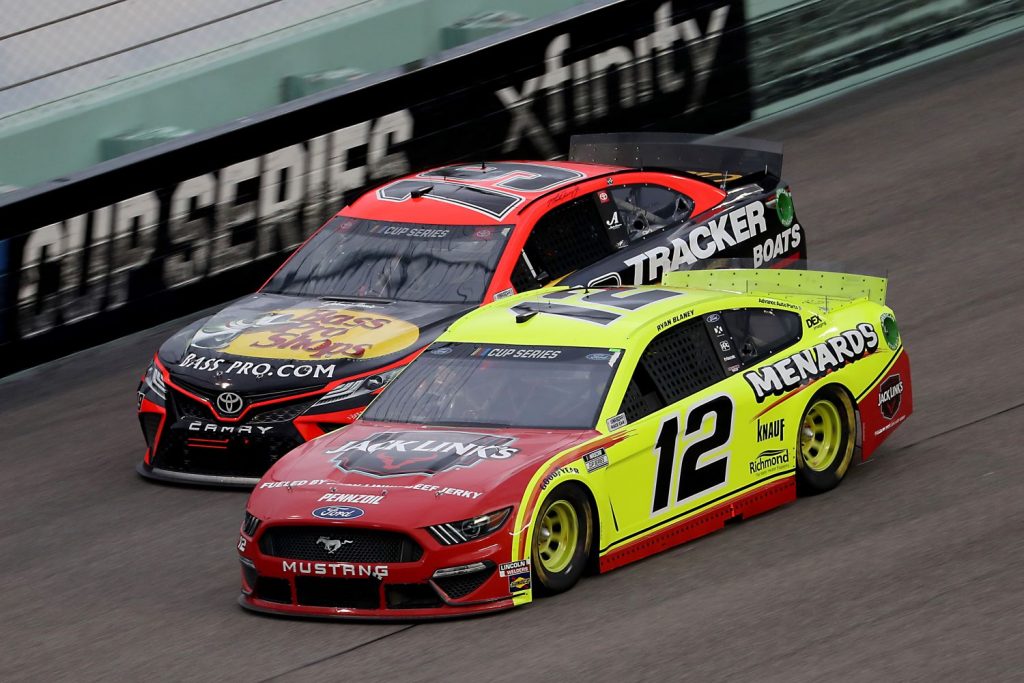 Ryan Blaney followed Elliott across the finish line to take his sixth top-five finish of the season, while Tyler Reddick turned heads in his RCR-prepared No. 8 Camaro ZL1 after his fourth place result made him the best-placed rookie of the night. Aric Almirola completed the top five with a solid yet uneventful performance.

Check out the full highlights from the NASCAR Dixie Vodka 400 in the video embedded below. The 2020 NASCAR Cup Series season continues with the Geico 500 from Talladega on Sunday, June 21st.