Sony and Polyphony Digital have released the first official trailer for Gran Turismo 7, which will launch for the next-generation PlayStation 5 console sometime later this year or in 2021.

Gran Turismo 7 is the true next installment in the long-running and hugely popular racing title after the deviation that was Gran Turismo Sport. Compared to GT Sport, which focused mainly on online multiplayer and competition, Gran Turismo 7 will feature more single-player career mode events and will place a greater emphasis on collecting and acquiring different cars. The trailer also gives us a look at the new campaign mode menu, which includes tabs for ‘School’, ‘Home’, ‘GT Cafe’, ‘GT World’, ‘Tuning Parts Shop’, ‘Used Cars’, ‘Brand Central’ and ‘Championships’.

The teaser trailer indicates Gran Turismo 7 will feature multiple General Motors vehicles, including the Corvette C7.R, C2 Corvette and C3 Corvette. We’re expecting other GM sports cars to feature in the game as well, such as different generations of the Chevrolet Camaro. Some notable non-GM cars featured in the trailer include the BAC Mono, Aston Martin DB11, Dodge Viper, Lamborghini Diablo and Porsche 911. 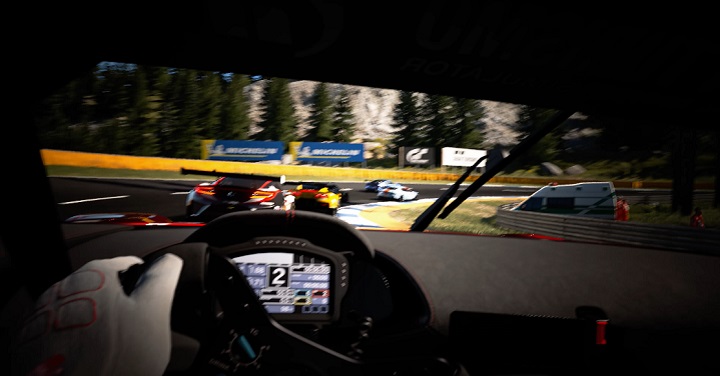 Classic, fan-favorite Gran Turismo tracks will feature in the next-gen title, including Trial Mountain, while real-world favorites like the Red Bull Ring, Nurburgring, Daytona, Spa and Catalunya will also be present. The track roster is believed to be very similar to GT Sport’s, but will feature some new additional circuits as well.

Check out the first official teaser trailer for Gran Turismo 7 embedded below.