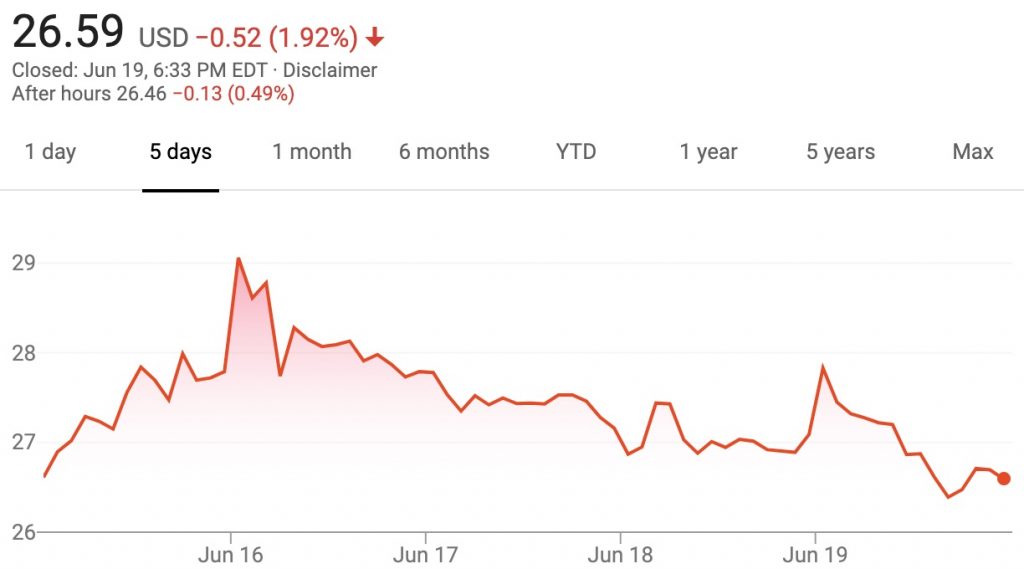 By comparison, shares of GM’s cross-town rival, the Ford Motor Company, dropped $0.23 per share, or 4 percent, during the same timeframe.

This week’s 5 percent drop in GM stock value marks the second consecutive week of decline, following last week’s 9 percent decline. Prior to the dip in value, GM shares experienced an 18 percent growth spurt. The ebb-and-flow pattern is rather apparent, with a stabile-loss experienced before the growth, and a 15 percent growth the week before that. The recent volatility in the marketplace is the direct result of complications caused by the COVID-19 pandemic. That said, GM stock has seen a net-positive performance since hitting a low of $16.80 on March 18.

In addition, cases of employees that have tested positive for COVID-19 have been confirmed in GM’s Wentzville and Arlington assembly plants, while workers at the GM Silao plant in Mexico have complained that the company is allegedly covering up a virus outbreak.

The uncertainty, which appears to have somewhat subsided based on growth two weeks ago, is largely greeted by skepticism. We believe General Motors’ plan to ramp up crossover and pickup truck production could be the initial swing of momentum, so long as the market responds accordingly. And while The General was offering 84-month, 0 percent financing amid the pandemic, the automaker has since ended the program.