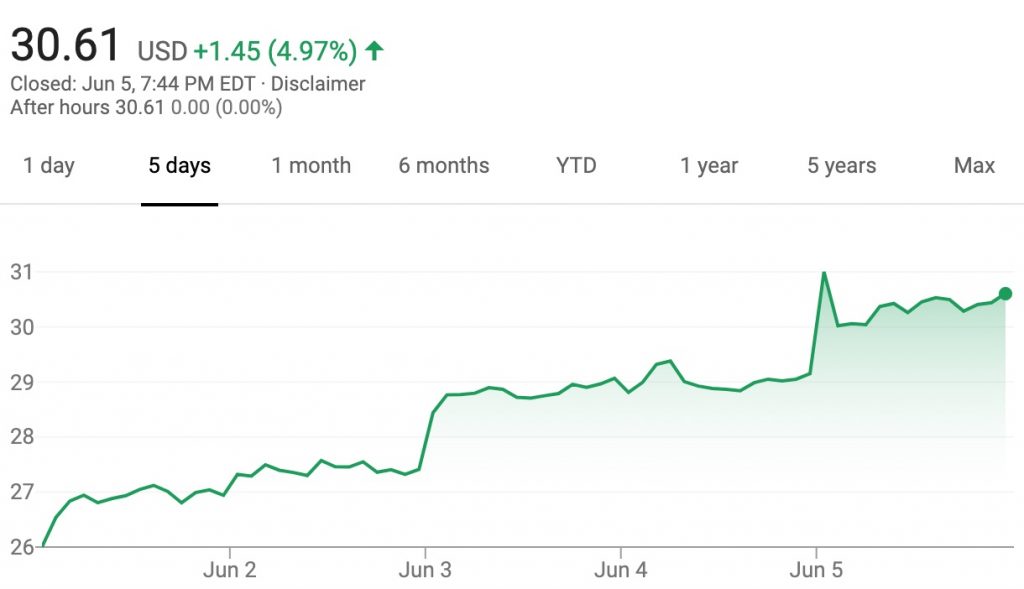 By comparison, shares of GM’s cross-town rival, the Ford Motor Company, increased $1.63 per share, or 29 percent, during the same timeframe.

The jump in GM stock value comes after last week’s stabile performance, and a 15 percent growth the week before that. Prior to that, GM stock fluctuated week after week due to complications caused by the COVID-19 pandemic. Notably, some analysts believe that the market is beginning to see a V-shaped recovery, while others believe it’s the market behavior indicating an abnormal recovery, and others believe it’s still much too soon to call.

Additionally, the reopening of states and claimed vaccines for the novel coronavirus have boosted confidence in the marketplace. However, the preceding declines in GM stock value reflect a lack of investor confidence that everything will go back to normal as production resumes. The uncertainty, which appears to have somewhat subsided based on growth two weeks ago, is largely greeted by skepticism. We believe General Motors’ plan to ramp up crossover and pickup truck production could be the initial swing of momentum, so long as the market responds accordingly. And while The General was offering 84-month, 0 percent financing amid the pandemic, the automaker has since ended the program.

The coronavirus pandemic initially forced GM to idle production across North America, South America and China as a result of the virus, putting the firm in a very unfavorable position. During such a scenario, any automaker – GM included – sees revenues fall sharply while rapidly burning through cash, resulting in a loss-making turn of events. Since the beginning of the pandemic, GM production in China has resumed, as did production across North America on May 18th