On June 17, we reported that General Motors officially introduced the all-new Buick Velite 7 EV in China – the only country where it is planned for sale. At the time, GM released only a single image and some of the main features of this next-generation vehicle, but now the company has revealed new pictures and more details about Buick‘s first electric crossover. 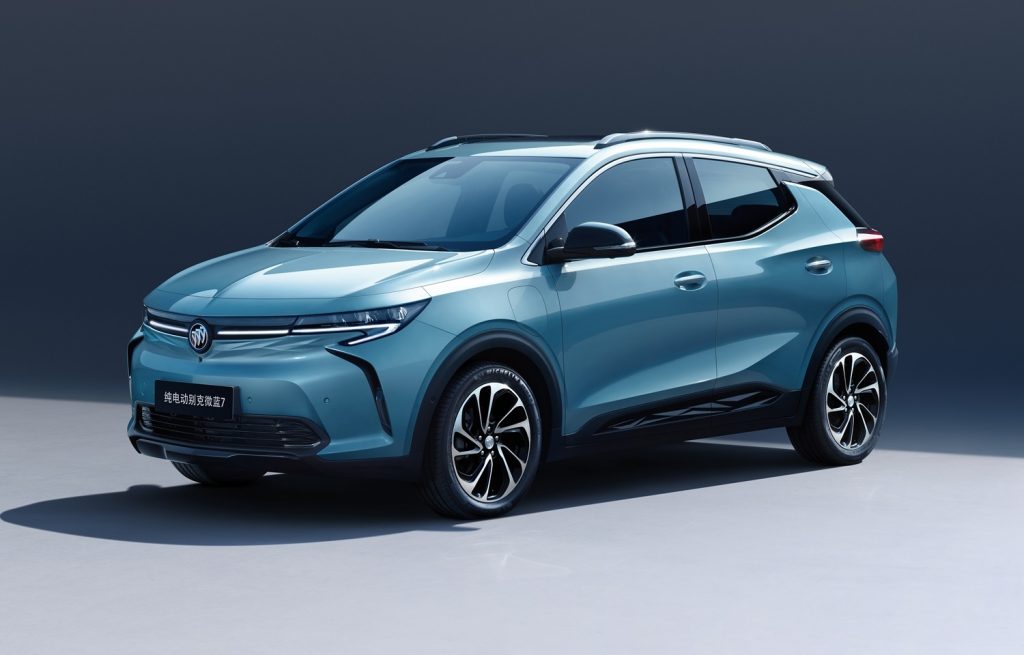 Although the early leak has already shown us what the 2021 Buick Velite 7 EV will look like, the new image gallery allows us to appreciate many interesting aspects of its bodywork, while the interior is now shown for the first time. As such, the latest member of the Velite model family introduces a new design language for the brand’s range of new-energy vehicles, which use the illuminated “Buick Blue” logo as a sign of identity. 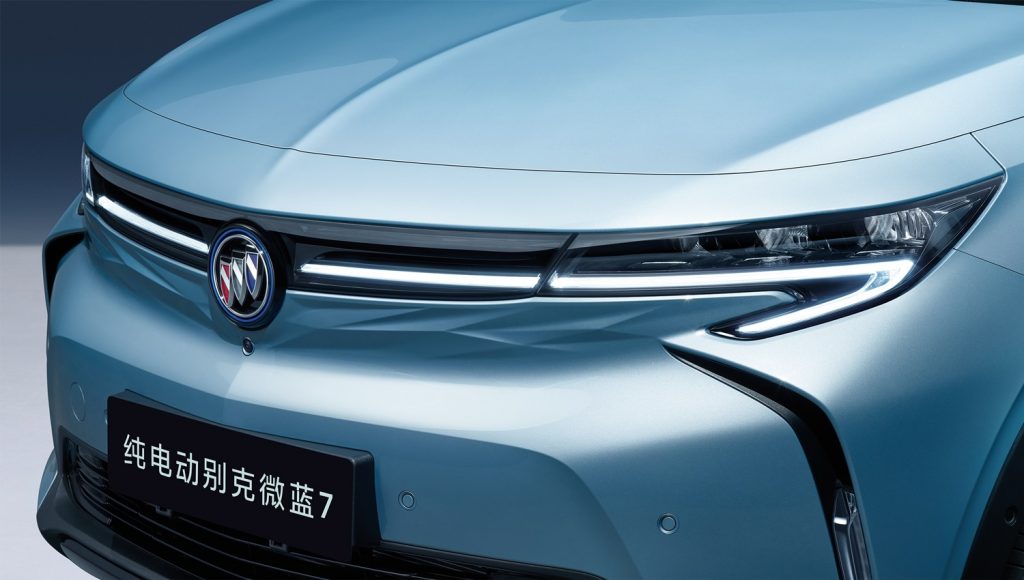 Aesthetically, the all-new Buick Velite 7 EV features a modern design with unique elements compared to the rest of the brand’s portfolio. The new interpretation of the iconic Buick winged grille stands out, consisting of a glass module with LED guides that simulate the “wings,” and integrate very well with the daytime running lights of the sophisticated headlight clusters. In addition, a 3D geometric pattern replaces the front air intake and is replicated in other parts of the body. 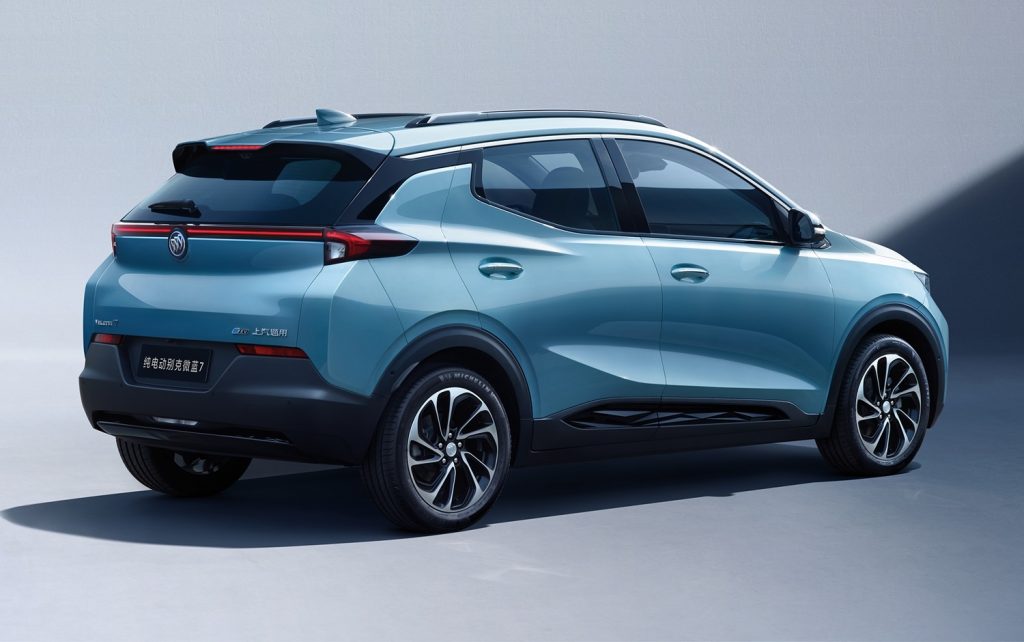 Another hallmark of the new Velite 7 EV are the air-guiding curtains on both sides of the front bumper that strengthen the front-end look, reduce wind resistance and prevent air turbulence on the front wheels. Meanwhile, the rear end continues the outlined design with connected taillights echoing the front lighting scheme, which are well integrated between the hipline and the shark fin-shaped rear pillar. 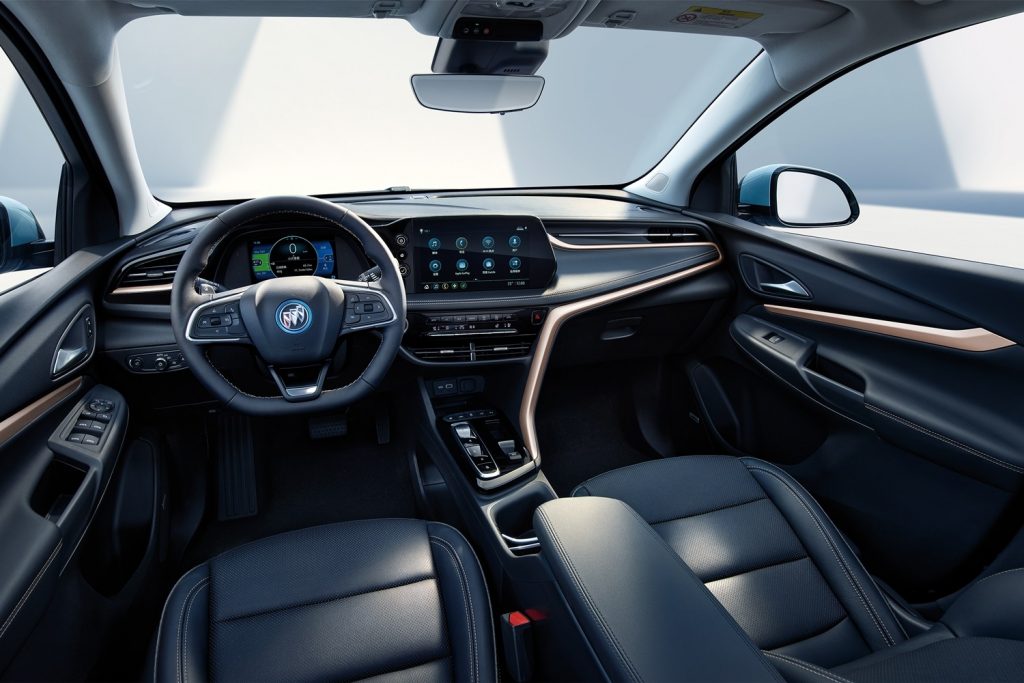 Inside, the Buick Velite 7 EV adopts the 360º concept of an integrated cabin with a driver-oriented dashboard. This includes a layered design enhanced by gold-finish trim, an eight-inch digital instrument panel, and a ten-inch multimedia display. The floating center console houses the new Buick button gear selection mechanism, already seen in the Chinese-market Enclave and the all-new 2021 Envision. 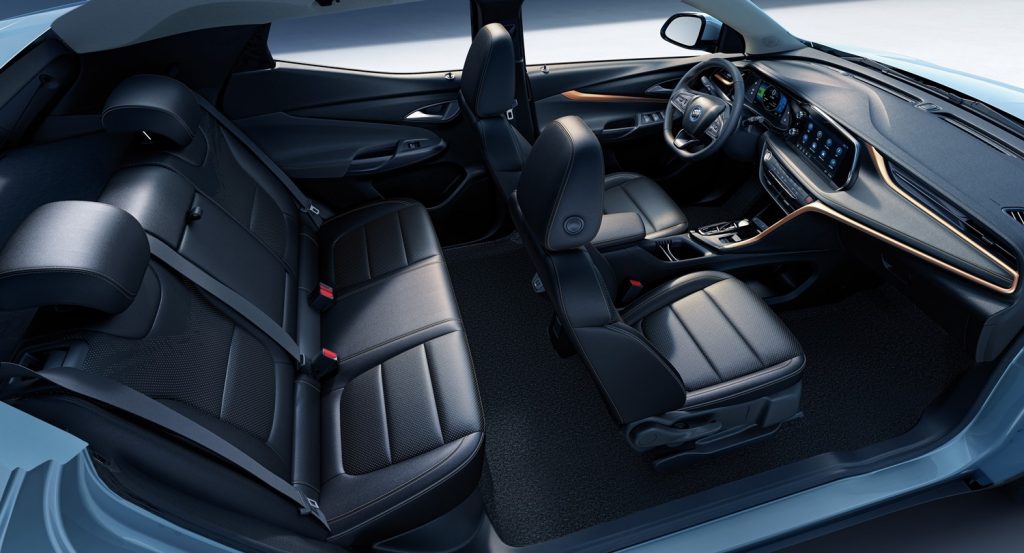 Based on a variant of the BEV2 platform that the Chevrolet Bolt EV debuted in 2016, the Velite 7 EV boasts a five-passenger cabin with a completely flat rear-seat floor. Thanks to this and the class-leading 105.3-inch wheelbase, the electric crossover has enough space in the rear seating area. With the seatbacks folded down, cargo space increases from 363 to 1,331 liters (12.8 to 47 cubic feet), complemented by up to 20 storage spaces. 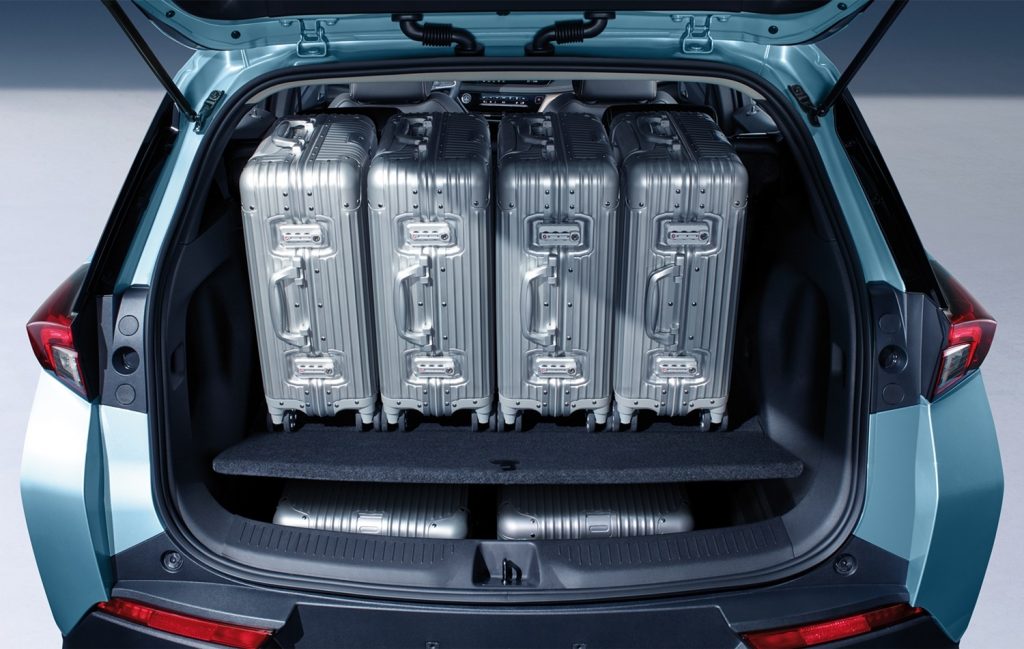 The all-new 2021 Buick Velite 7 EV will launch later this year in China, equipped with a 175-horsepower electric motor and a state-of-the-art battery pack that will provide a driving range of up to 500 kilometers – equivalent to 311 miles. The Velite 7 EV is expected to share many elements with the upcoming Chevrolet Bolt EUV, which will be manufactured at the GM Lake Orion plant to supply North America and various international markets. 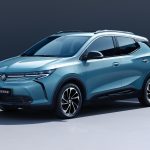 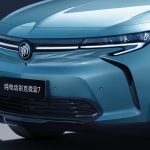 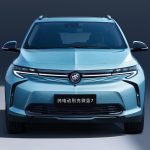 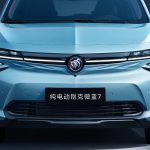 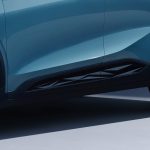 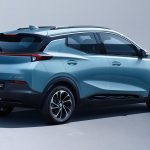 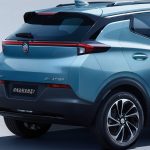 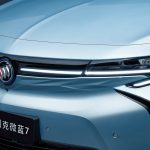 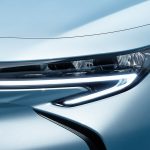 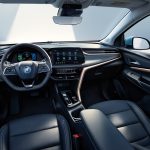 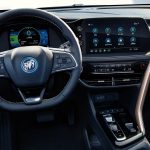 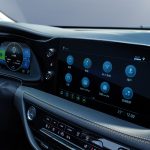 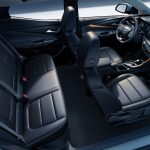 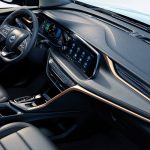 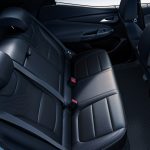 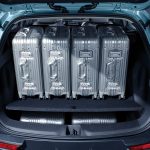