General Motors will produce a battery-electric work van at its Detroit-Hamtramck Assembly plant in Michigan starting in late 2021, a new report indicates.

GM decided to greenlight the all-electric fleet van so it does not leave the door open for emerging automakers like Tesla to monopolize the market for battery-powered business vehicles, sources familiar with GM’s product plans told Reuters this week. The van, which carries the codename BV1, will ride on the GM’s BEV3 electric vehicle platform and will use the new Ultium lithium-ion battery pack that debuted during its ‘EV Day’ event earlier this year.

In a statement, GM said it is “committed to an all-electric future and is implementing a multi-segment, scalable EV strategy to get there,” but added that it does not have “any announcements to make regarding electric commercial vehicles,” at this time.

The Reuters report published this week is not the first time we have heard rumors of a new battery-electric GM work van. In fact, GM Authority was among the first to report on such a model. Back in 2017, GM published a diagram showing off the large variety of vehicle types that could be underpinned by its new electric vehicle platform. Among them was an electric work van, referred to in the diagram as an ‘LCV’ or ‘Light Commercial Vehicle’, which we theorized early last year could be an electric work van of some type.

Reuters‘ report indicates GM is also deliberating whether to sell the vehicle under its established Chevrolet or GMC brands or if it should market it under a different brand entirely. GM may even revive the Maven nameplate for the vehicle, the publication also claims, which was the name of its now-defunct app-based car-sharing program. 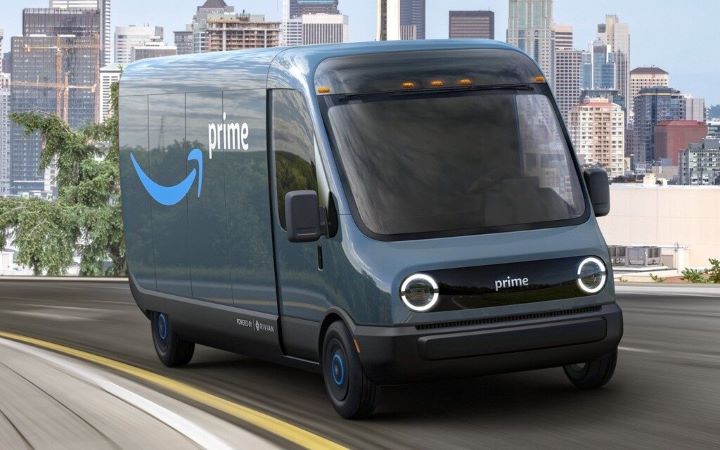 While General Motors may beat Tesla to market in offering a fully electric commercial vehicle, it will still have plenty of competition in the segment when the van goes into production in late 2021. Ford currently has a battery-electric Transit van in the works, which is also expected to arrive for the 2022 model year, and Michigan-based startup Rivian is working on a similar product as well. The Rivian van is being built under contract for Amazon, which gave the upstart a $700 million cash injection to help develop and produce the vehicle. Rivian plans to deliver the first 10,000 units to Amazon by 2021 and have the full 100,000 unit production run on the road by 2030.