General Motors dealers are beginning to run low on inventory of the automaker’s most popular models following the two-month-long shutdown of its North American assembly plants.

Automotive sales in the U.S. are beginning to rebound in the wake of the COVID-19 pandemic, with many dealers seeing a steady flow of customers from online leads. Unfortunately for automakers like GM, though, vehicle assembly plants only recently came back online, causing demand to outstrip supply in recent weeks. The Detroit Free Press spoke to several dealers who reported having very low inventory of some of General Motors’ more popular vehicles, such as the Chevrolet Silverado, Chevrolet Suburban and Chevrolet Equinox.

Gordon Stewart, who owns two separate Chevrolet dealerships, told The Free Press that the spring and early summer months are his busiest time of year, which could make it difficult for to him to build a strong inventory back up in the coming weeks.

“We’ve got 300 vehicles in stock in Detroit and normally we have 700 or 800,” Stewart said. “This is the peak selling season. It’s going to be a long time before we can restock to meet the pent-up demand.”

“With the factories shut down, it’s just devastating,” he added.

It’s not just pickup trucks, either. The automaker’s crossover models are also flying off the lots and are experiencing a similar glut of inventory.

“The pickup situation, all of it, including GMCs,” Brian Carroll, owner of Michigan dealer group Brian Carroll Automotive Group, told The Free Press. “We’re also having a tough time with the Chevy Blazer.” 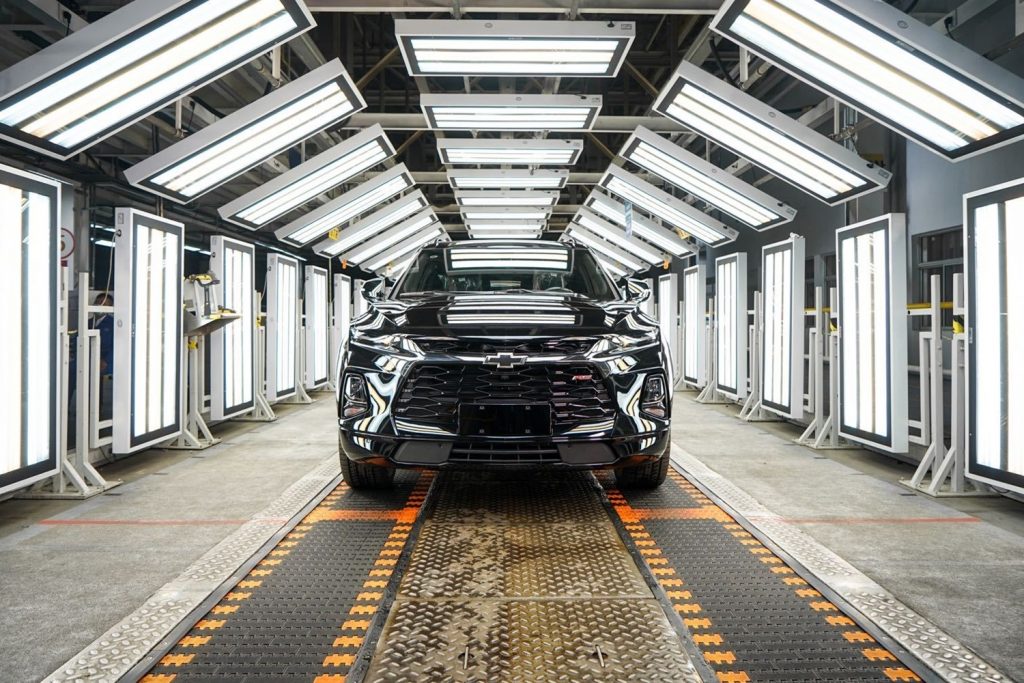 General Motors said previously that it would ramp up production at its plants as quickly as possible in order to meet demand and help its dealers build up an adequate vehicle inventory. The automaker is planning to be back up and running at full capacity before the end of the month, but is also being cautious not to flood the market with vehicles that may not sell in a struggling economy.

“Not every facility will ramp up as fast as possible,” Philip Kienle, GM’s vice president of North American manufacturing, said last month. “Ideally, in a perfect world, by around June 15th, all of our facilities would be operating at their original capacity. But, again, I just give the caveat: market demand. We’re not going to override market demand.”