Right from the factory, the C8 Corvette lays down some impressive output figures, with 495 horsepower and 470 pound-feet of torque produced from its mid-mounted, naturally aspirated 6.2L V8 LT2 engine when equipped with the optional performance exhaust. However, if there’s one constant in the automotive world, it’s the enthusiast’s drive to make fast cars go faster. As such, we have a slew of tuned C8 Corvette builds now making their way onto the interwebs, including this new example captured on video by Extreme Turbo Systems.

Recently posted to Extreme Turbo Systems’ social media feed, we see a red C8 Corvette Coupe strapped to the dyno and ready for a pull. After laying into the loud pedal, the Vette quickly spins up to redline, posting a maximum output of 728 horsepower and 649 pound-feet of torque. The tuners do a few more pulls, finally posting max output of 736 horsepower and 669 pound-feet of torque at the wheels. Impressive stuff.

Making those numbers possible is Extreme Turbo System’s turbo kit running at 7.5 psi, as well as the tuner’s proprietary “Tuning Solution” and a methanol kit. 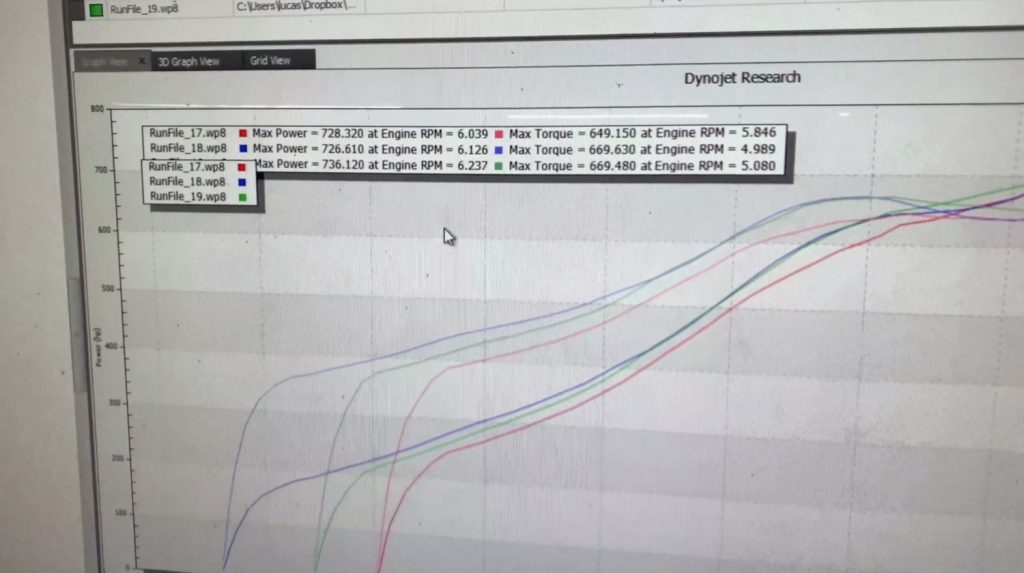 Indeed, this isn’t the first tuned C8 Corvette we’ve seen thus far, with previous posts covering a new Vette running on nitrous, and news that Hennessey was developing a twin-turbo kit for the C8.

Naturally, this reminds us of all the fuss that was made over the C8 Corvette’s Global B electrical system, which some publications speculated would prevent tuners from making the mid-engine Chevrolet Corvette even faster. As a reminder, the Global B electrical system allows enhanced “communication” between GM vehicles, and comes with stout cybersecurity measures, including an encrypted ECU that’s difficult to crack.

Clearly, though, that kind of thing isn’t gonna stop tuners from pushing the limits and developing aftermarket solutions for customers looking for more than what’s offered from the factory. More power to ‘em.