The folks over at the WhistlinDiesel YouTube page are well-established for doing some patently whacky things. Just a cursory glance at the WD team’s various shenanigans reveals 20-foot-tall wooden wheels on a GMC Sierra and another GMC Sierra “go-kart” that’s stripped down to the bare frame. Now, we’re getting a look at one of the team’s most ambitious projects to date – the MonsterMax, a Chevy Silverado diesel that received the full monster truck treatment. 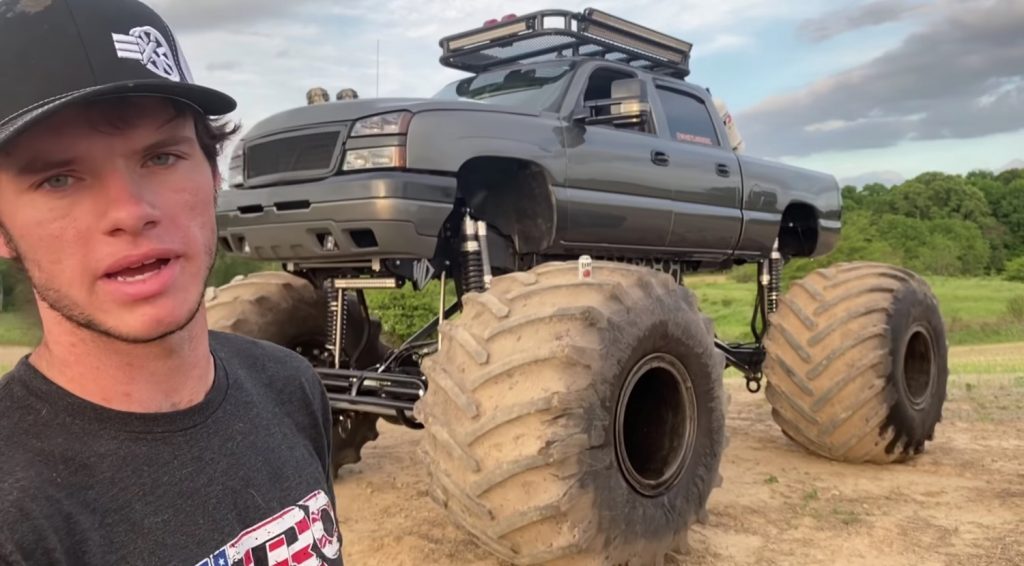 When it comes to listing the most ridiculous and outrageous vehicles out there, monster trucks are undoubtedly found towards the top. These things take everything awesome about a lifted pickup to the extreme, with enormous tires, mammoth suspension, and plenty of muscle under the hood. With that in mind, maybe that’s exactly why the WD team did such a fantastic job on this build, given all their experience churning out insane projects.

And make no mistake – the WD Chevy Silverado diesel MonsterMax is utterly insane. It stands tall enough to have the side mirrors sitting level with the rain gutters on a house. The tires measure in at 36 inches – across. The sooty, ultra-rich exhaust is fed straight out the hood by a pair of huge pipes. There’s 360 degrees of lighting via roof-mounted light bars that are bright enough to turn night into day. There are two nitrous bottles mounted to the rear roll bars. And as if it wasn’t loud enough, there’s a flippin’ train horn and air raid siren to boot. 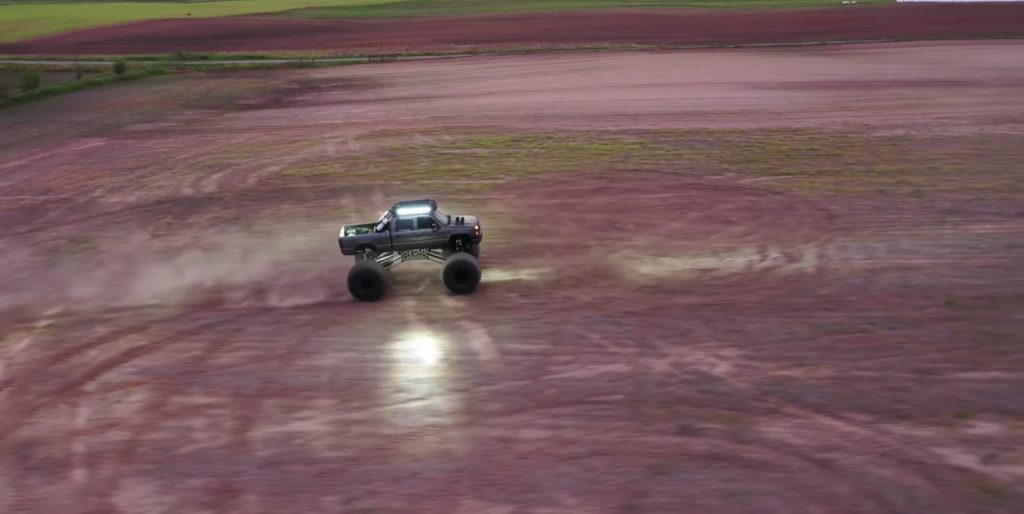 Watching this thing in action, you can’t help but wonder where the WD team are gonna go next. The video already shows the Chevy Silverado diesel MonsterMax rolling over an ATV, churning across deep mud puddles, ripping some donuts, and various other stunts. We think pulling a few jumps in the Chevy Silverado diesel MonsterMax isn’t out of the question.