The road can be a dangerous place. Never mind the fact that it’s filled with giant hunks of metal weighing thousands of pounds traveling at 65 mph via controlled explosions. As we all know, the pilots of these machines aren’t always up to the task of driving – sometimes they aren’t paying attention, sometimes they aren’t sober, and sometimes, well, they’re just crazy. We’re not exactly sure which category the driver of this white Chevrolet Silverado falls into, but either way, the result is a whole lot of vaporized tire, and plenty of distress for nearby motorists. 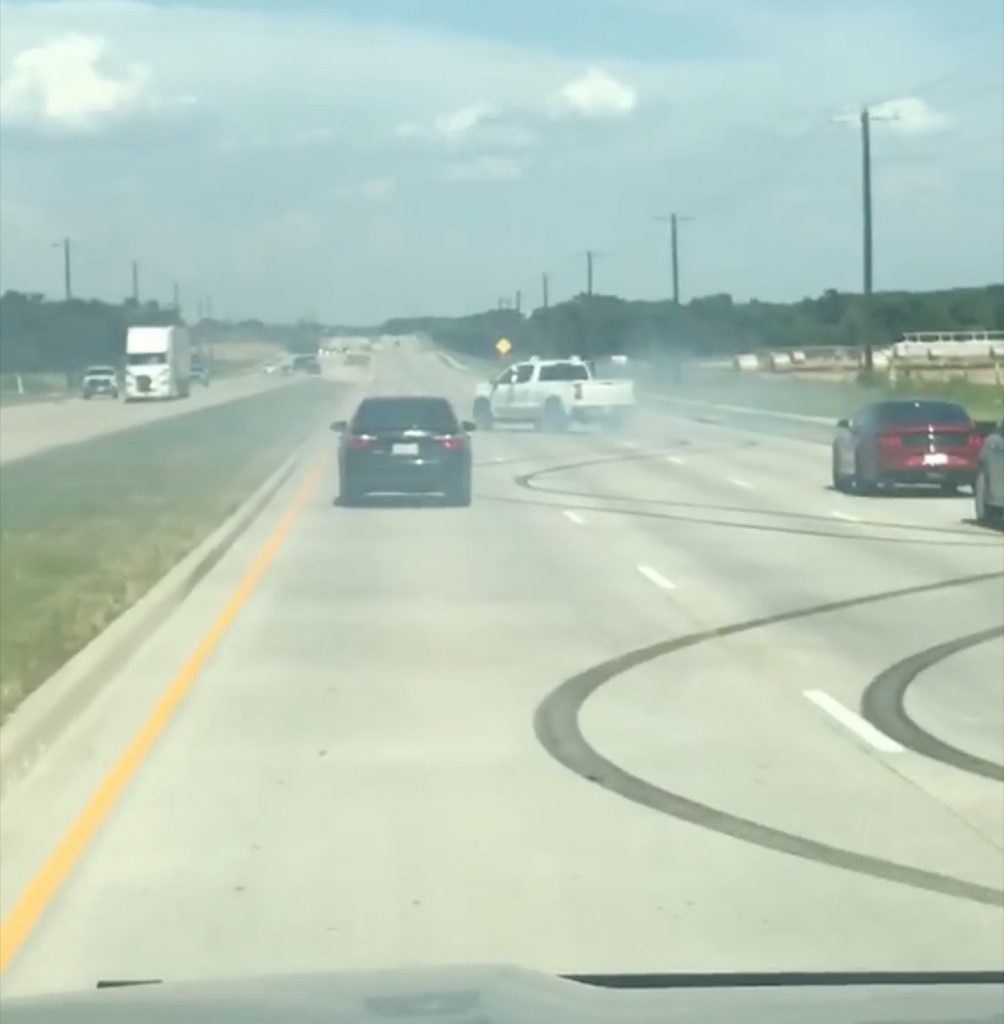 Captured by one of those distressed motorists and posted to Facebook, it appears as though this incident occurred earlier in June in Texas. The driver comes up on a white Chevrolet Silverado doing a burnout in the middle of the highway, weaving back and forth across the lanes, while two long lines of rubber trail behind. The tire smoke billows into the air as the driver mashes the throttle.

The other drivers on the highway are understandably confused, hesitating to pass the Chevrolet Silverado as it tortures its rear tires. As such, traffic backs up behind the truck, with the other motorists throwing on their hazards while they wait for the truck to finish its absurd display. Weirdly, the driver shooting the video comes up on the same white Chevrolet Silverado a few miles down the road, once again doing the same swaying burnout across the highway. 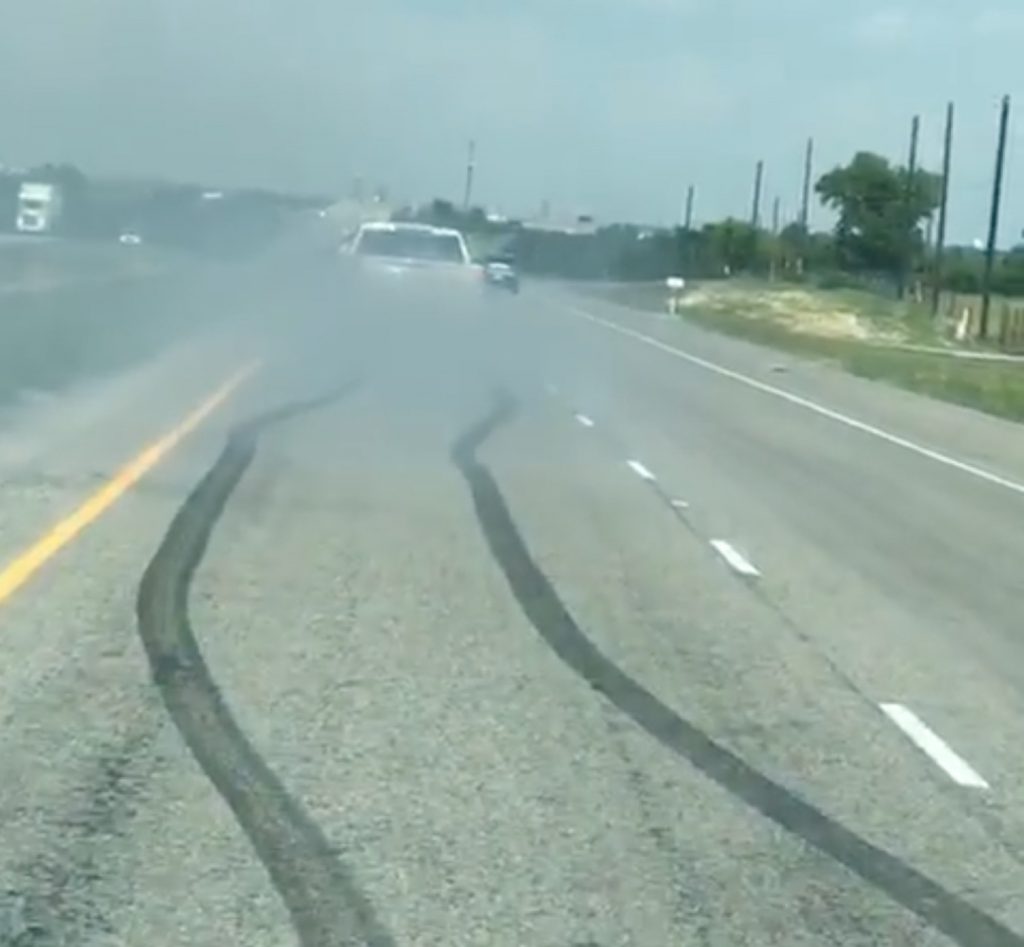 It just goes to show, the road can be dangerous – especially with drivers like this.