Gearing up to tackle the local trails means different things to different people. Most folks would be content with a lift, some knobby tires, some solid tow points, and maybe a little underbody protection. However, Gregg Higgs isn’t the sort of builder who’s content with just the basics, as evidenced by this absolutely wild 2015 Chevrolet Colorado. 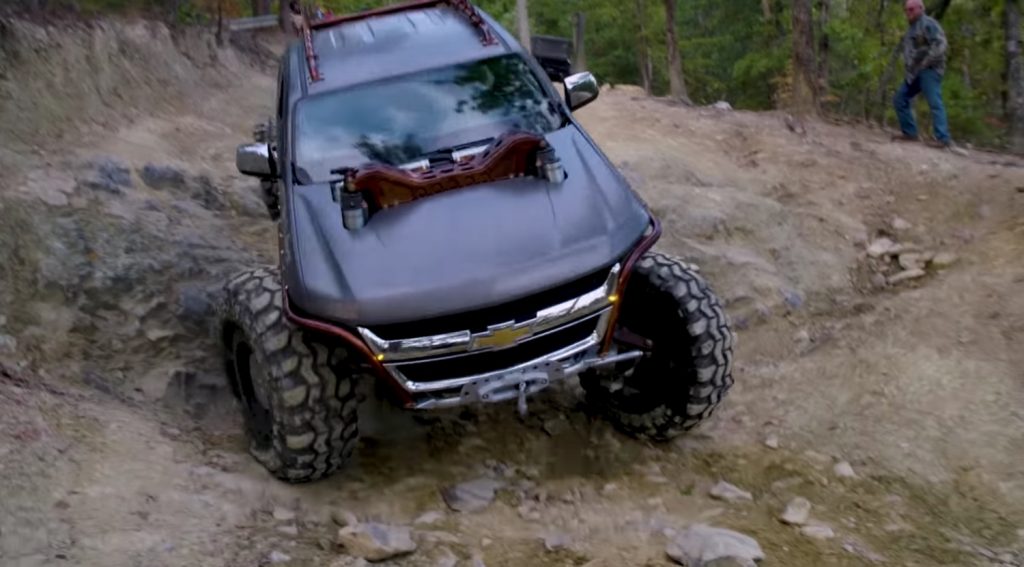 Of course, although it started life as a Chevrolet Colorado, this creation is now a whole lot more. It’s called the Kymera, and as Higgs points out, it was designed specifically to take the original Chevy pickup to all-new extremes.

“The whole point of Kymera is just to be over-the-top absurd,” Higgs says. “There’s mild, wild, and then Kymera. It’s just out of control.”

Making the build a possibility is the team at Higgs’ shop, Fab Fours, which saw fit to stuff this thing with all sorts of high-end bits and pieces. Making the go is a turbocharged 5.9L Cummins diesel engine, which produces upwards of 650 horsepower – not to mention an insane amount of sooty black smoke as well. 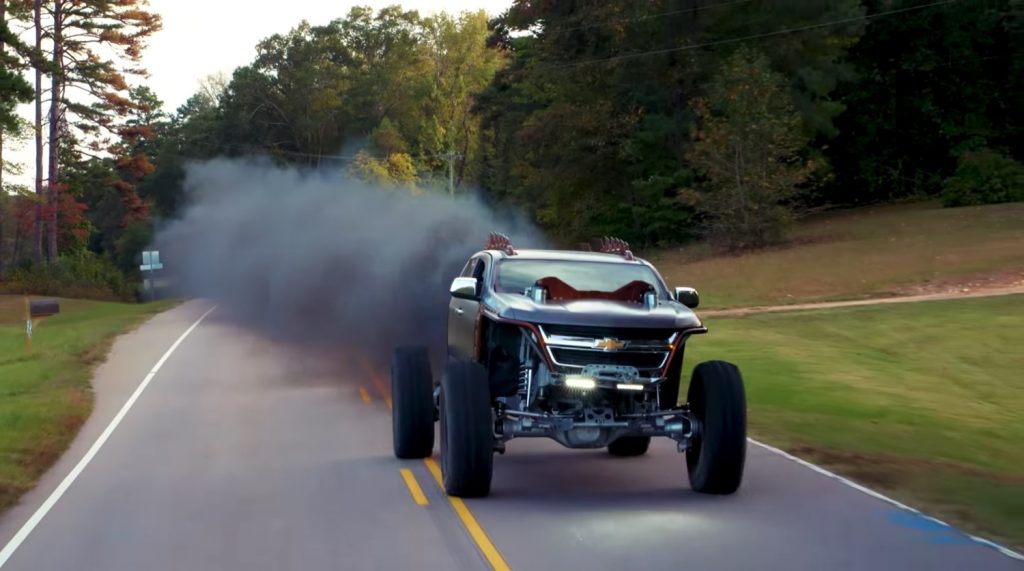 Helping the Chevrolet Colorado-based Kymera turn across technical terrain is front and rear steering, while outrageous suspension travel and massive Fox shocks keep it bouncing over even the biggest of obstacles.

Not only does this thing have the right parts to keep it rolling, it also looks the part of a crazy custom machine, with ton of exposed mechanical bits and a set of orange metal fins running down either side of the roof. 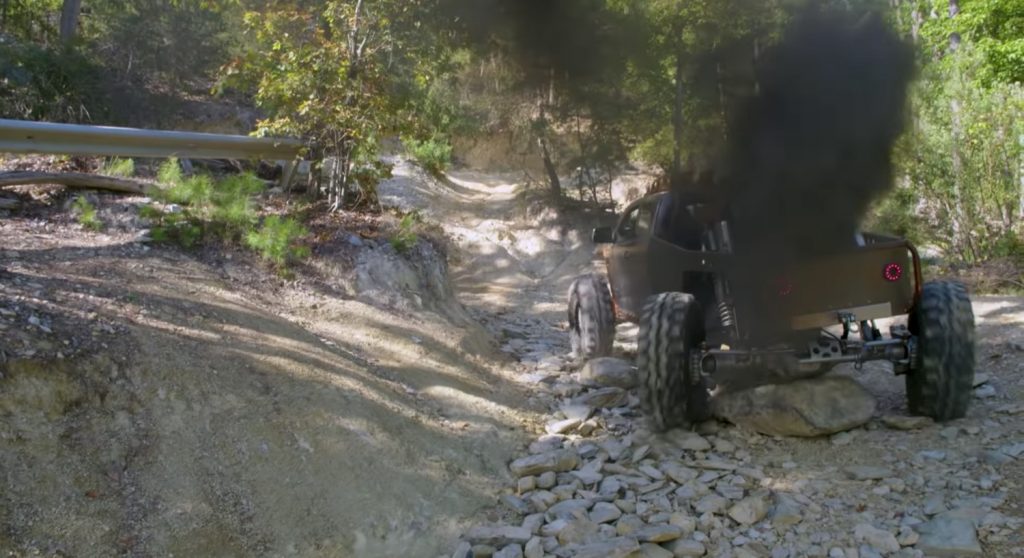 The included here video shows this custom Chevrolet Colorado as it rolls down the road, and frankly, it looks like a handful. The suspension is clearly best suited to anything other than pavement, and the interior is loud and stripped down.

However, once this tricked-out Chevrolet Colorado hits the dirt, it instantly looks at ease, crawling its way up the steep embankments and churning across the terrain without any problems whatsoever.

What do you think of this crazy Colorado? Let us know in the comments, and make sure to subscribe to GM Authority for more Chevrolet Colorado news, Chevrolet news, and around-the-clock GM news coverage.