When General Motors first developed the Chevrolet C10 pickup, engineers probably never thought owners would one day try to transform them into track-day ready performance vehicles – but that’s exactly what Jesse Vaughn and his team at Level 7 Motorsports specialize in. 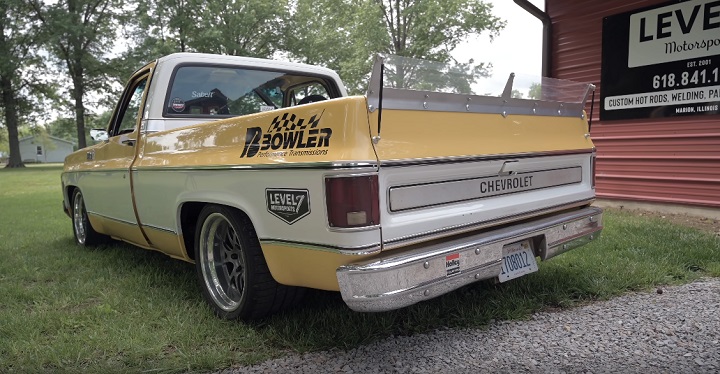 The truck, which belongs to shop owner Jesse Vaughn, is a stock chassis Chevrolet C10 with RideTech independent front suspension, a four-link rear suspension setup and RideTech coilovers. The centerpiece of the build is the Texas Speed GM LS V8, which started out life as an aluminum block 5.3L V8 and was later bored and stroked to a whopping 7.3L. Power is sent to the rear wheels through a six-speed manual transmission (as it should be for a build like this) supplied by Tremec. 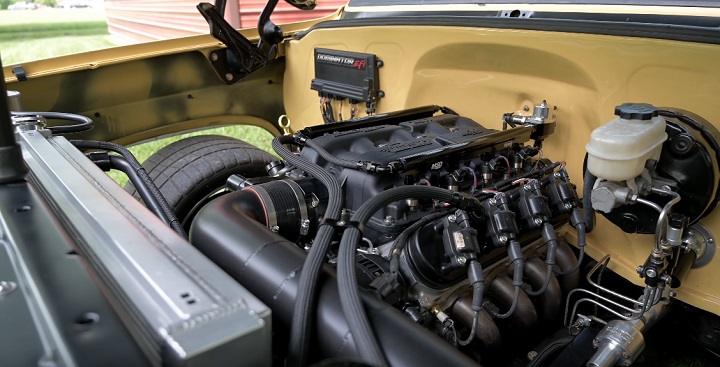 The interior of Level 7’s Chevrolet C10 isn’t hiding the fact that this truck was built for time attack and autocross events. There are two Sabelt race seats, a racing steering wheel, Holley gauges, a billet manual shifter and not much else. It does retain a radio, however, and Vaughn says the race seats can be fairly easily swapped for a bench seat for longer road trips. Not surprisingly, though, he doesn’t drive this motorsports-inspired race truck on the road very often. 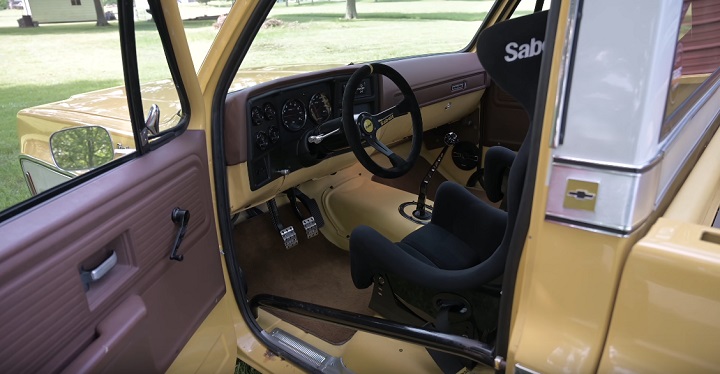 Level 7 Motorsports specializes in Chevrolet C10 pro touring-style builds, but that’s not all the shop works on. From custom Camaros to lifted Chevrolet Blazers and restored Jeep Wagoneers, the shop has a fairly wide focus, though it focuses mainly on GM trucks and SUVs. 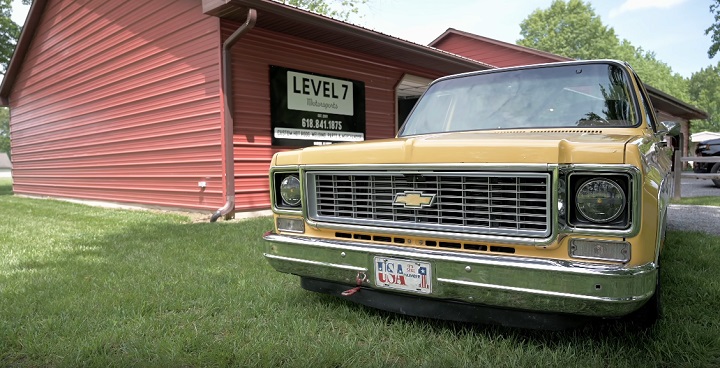 Hear what Vaughn has to say about his custom Chevrolet C10 pro touring truck in the United By Trucks video embedded just below.