Best known for its iconic hood decals and a starring role in the Burt Reynolds’ classic Smokey and the Bandit, the Pontiac Firebird is well-established as an enthusiast favorite. Now, one rendering artist has produced a series of new images that reimagines the muscle car with modern styling, recently posting the images to the instagram account @tuningcar_ps. 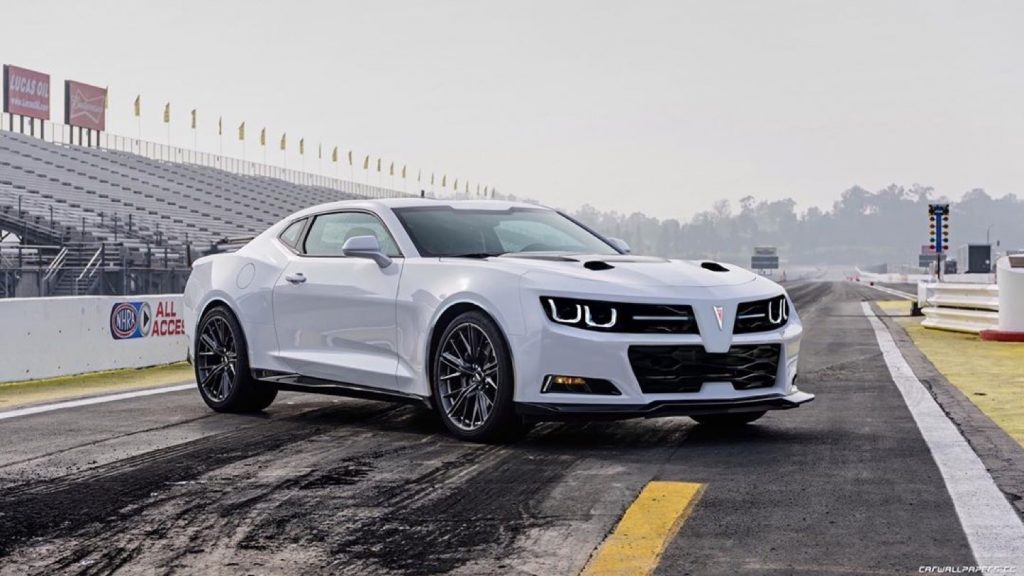 General Motors discontinued the Pontiac Firebird in 2002, with the Pontiac brand soon to follow in 2010. As such, the Firebird nameplate never got the contemporary styling treatment enjoyed by GM’s other muscle car nameplates, such as the Chevrolet Camaro. However, this series of images aims at fixing that by combining modern gloss with recognizable Firebird styling cues. 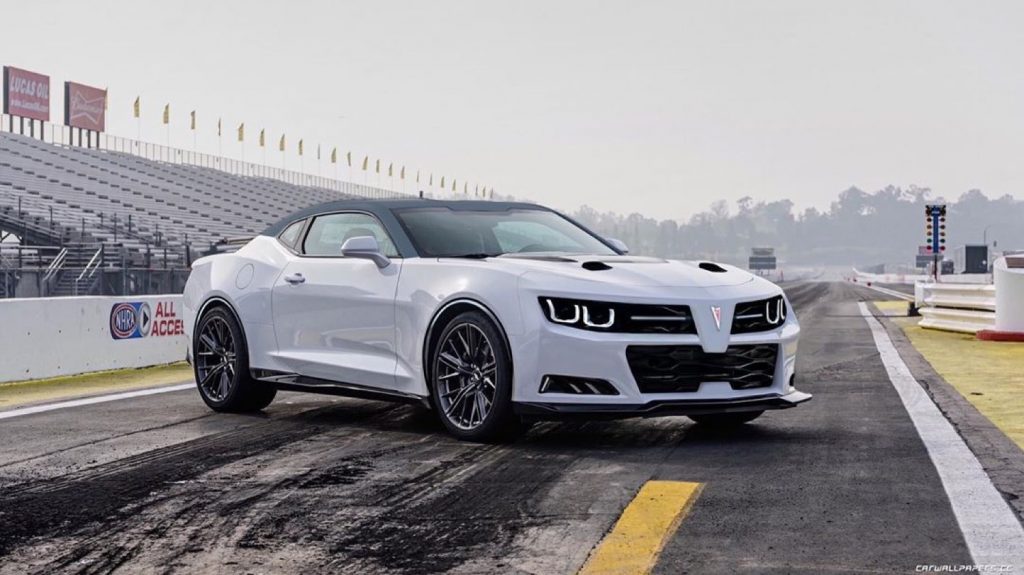 The artist posted several versions of the modern Pontiac Firebird, including coupes and convertible models. The new fascia gets a swept-back, narrowed brow and tight central intake, with a prominent lower chin spoiler finished in black. The hood also gets dual rounded intakes, while the forward lighting incorporates unique signatures that lend this modern Pontiac Firebird a distinctive aesthetic. We also see the classic Firebird emblem added to the front fender of some of the rendering images.

Differentiating the various rendering images are different wheel treatments and tweaked front fascia treatments. This particular rendering is based on the sixth-generation Camaro, which blesses it with just the right proportions for a modern muscle car.

The artist even saw fit to render the modern Firebird’s interior, once again basing it off the Camaro, while adding new accents and graphics to the mix.

What are your thoughts on this modern Pontiac Firebird rendering? Let us know in the comments, and make sure to subscribe to GM Authority for more Pontiac Firebird news, Pontiac news, and around-the-clock GM news coverage.