General Motors has once again teased the future Cadillac Lyriq EV ahead of the battery-electric crossover’s official debut on August 6th. 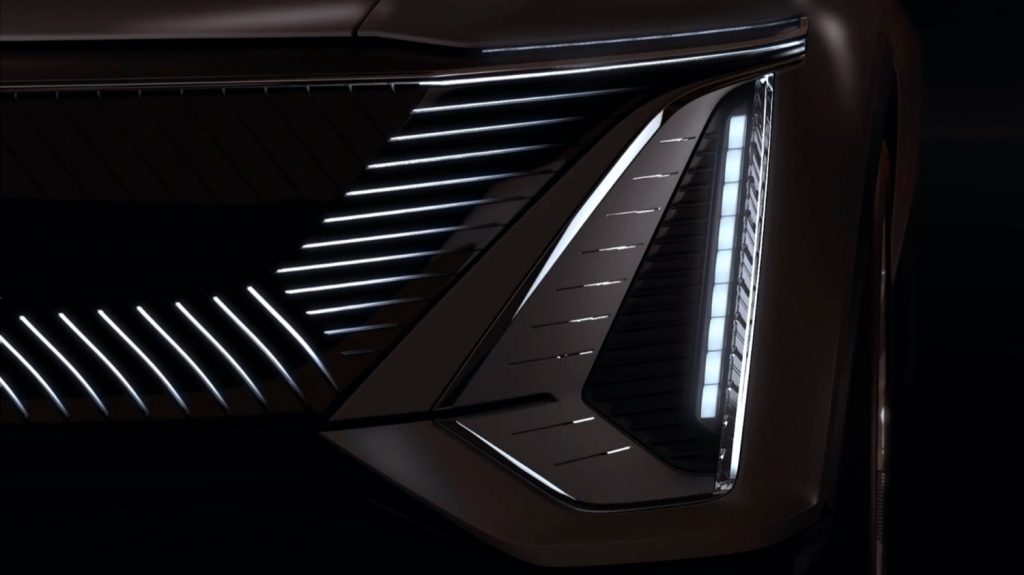 The automaker showed various aspects of the Cadillac Lyriq in a new video promoting the upcoming release of the electric luxury vehicle. Our first glimpse of the vehicle shows the Lyriq’s futuristic front end, which was already teased in previous sketches, but we also get a preview of the unique LED light pattern that is embedded within the front “grille.” Joining the lighting arrangement within the front fascia is a light-up LED Cadillac emblem, which we covered in a previous article, while two vertical LED lighting elements flank the grille on either side.

Later on in the video, we are treated with a look at the vehicle’s front left quarter panel, revealing a monochromatic Cadillac fender badge and yet another dynamic LED lighting element running along the bodyline above and behind the front left wheel. Shortly after, we see a shot of what looks to be the interior door panel, which features a patterned LED light design and door-mounted electric seat controls. Finally, we see a shot of the general silhouette of the vehicle, which Cadillac had already shown previously.

“Building on more than a century of innovation, the Cadillac Lyriq marks the beginning of a new chapter for the brand – one that is all-electric and redefines the boundaries and limits of mobility and connectivity,” the automaker said in a prepared statement. “Today, Cadillac is laying the groundwork for this brighter future by rethinking the interaction between the driver and the vehicle.” 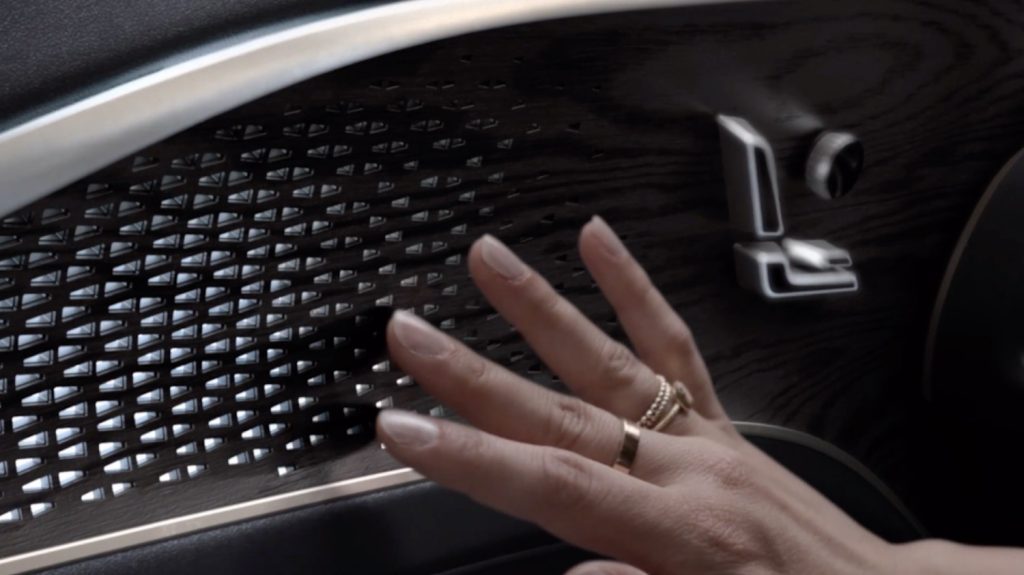 Cadillac says the vehicle to be shown on August 6th will be a “show car” so what we’re seeing is a concept rather than a production-ready model. The production vehicle will be revealed closer to the planned start of production in late 2021.

The Cadillac Lyriq will ride on GM’s new BEV3 dedicated electric vehicle platform and will utilize its new Ultium battery technology. The automaker is staying tight-lipped on battery size and motor specifications for now, but we do know Ultium battery packs will range in size from 50 kWh to 200 kWh, with the largest pack enabling a GM-estimated range of up to 400 miles or more on a full charge. The Lyriq is also a crossover, so it seems highly likely it will be offered with all-wheel-drive.

Check out the latest teaser video for the Cadillac Lyriq EV embedded below.