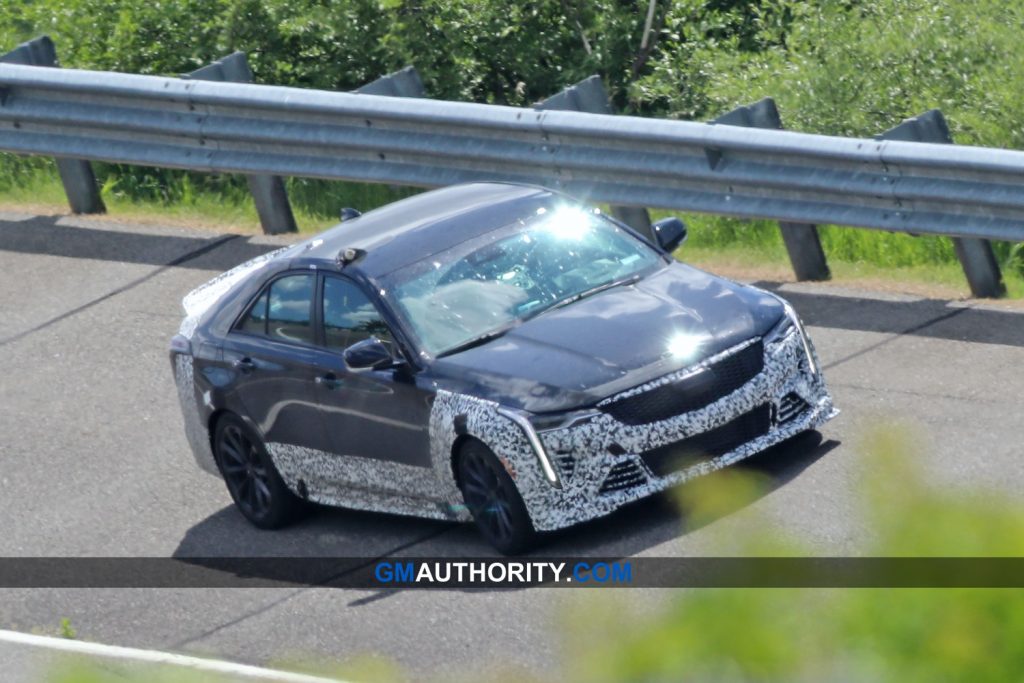 As seen in previous spy photos and these new shots as well, the Cadillac CT4-V Blackwing will make its presence known with a unique front fascia treatment that’s more aggressive than previous CT4 models. A number of slatted intakes in the bumper, as well as a mesh grille insert can be seen underneath the camo, giving the sedan an appropriately sporty demeanor. 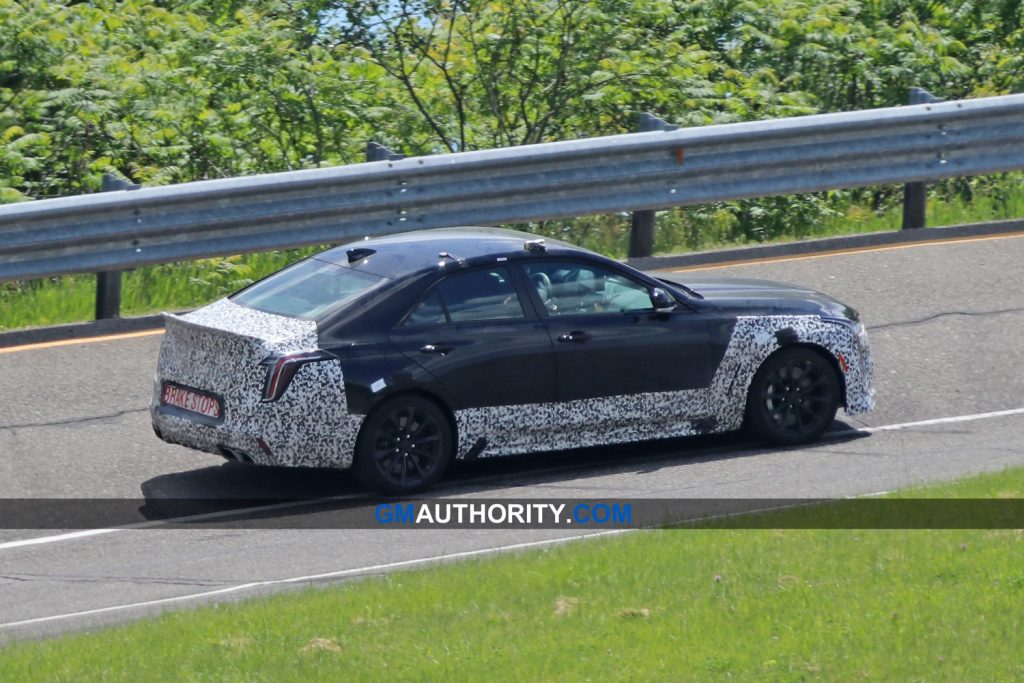 The Cadillac CT4-V Blackwing also rocks new side skirts, which are mounted between big alloy wheels with a black finish. The fresh rollers and rubber will hug the pavement with a wider stance than previous CT4 models. 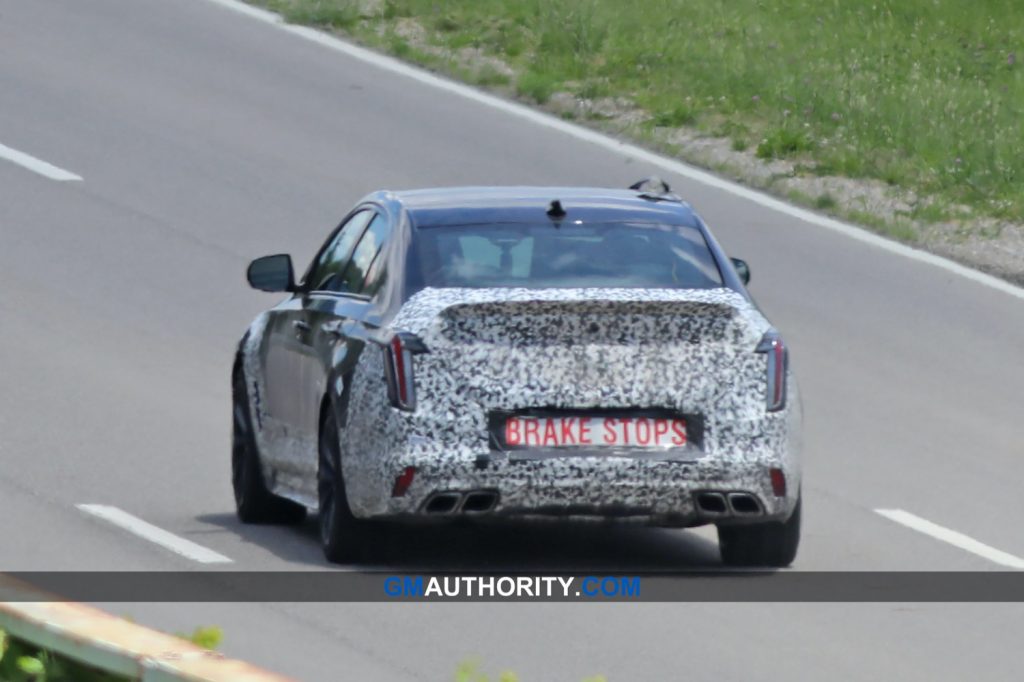 Finally, the rear end is highlighted by a new lower rear valence, as well as a quad set of exhaust tips below, and a large ducktail spoiler up top.

Once again, we find there no hood-based heat extractor on this prototype model, unlike the production Cadillac CTS-V and Cadillac ATS-V.

Inside the cabin, we expect the 2020 Cadillac CT4-V Blackwing to get a number performance features, such as a sporty steering wheel, carbon fiber trim bits and performance-oriented seats. Finishing touches will include bigger brakes and more capable GM Magnetic Ride Control suspension. 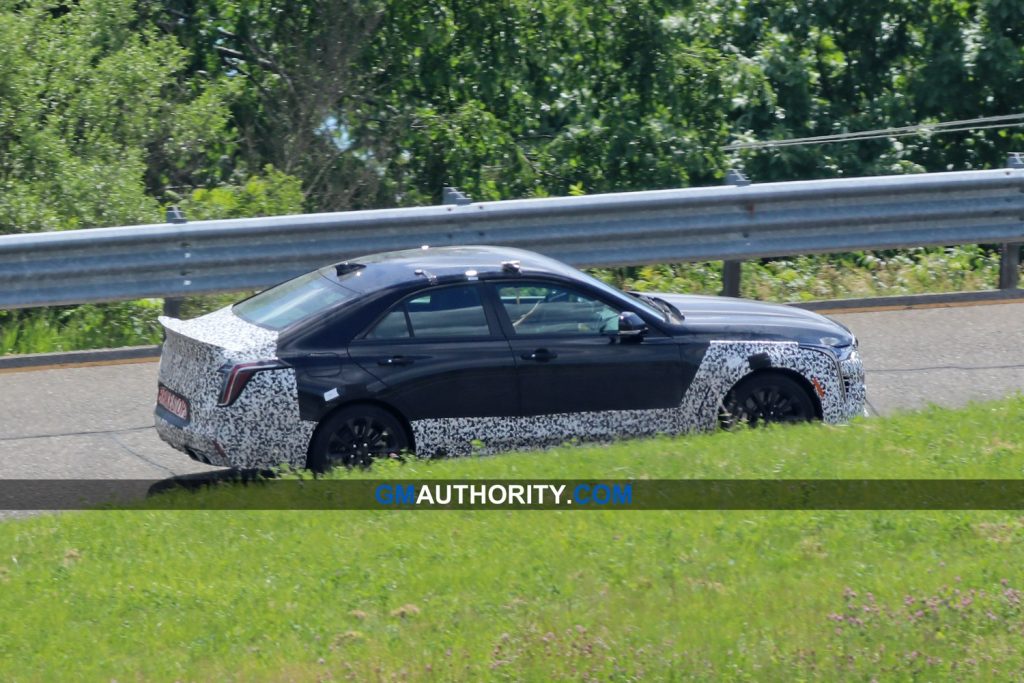