General Motors is currently hard at work developing the new C8 Corvette Z06, which will offer more power and performance over the standard model and utilize lessons learned in the development of the Corvette C8.R race car.

The automaker has set a high bar for the C8 Corvette Z06, it would seem, as a prototype for the upcoming supercar was spied testing alongside two extremely fast and very pricy rivals: a Porsche 911 GT2 RS and a Ferrari 458 Italia. 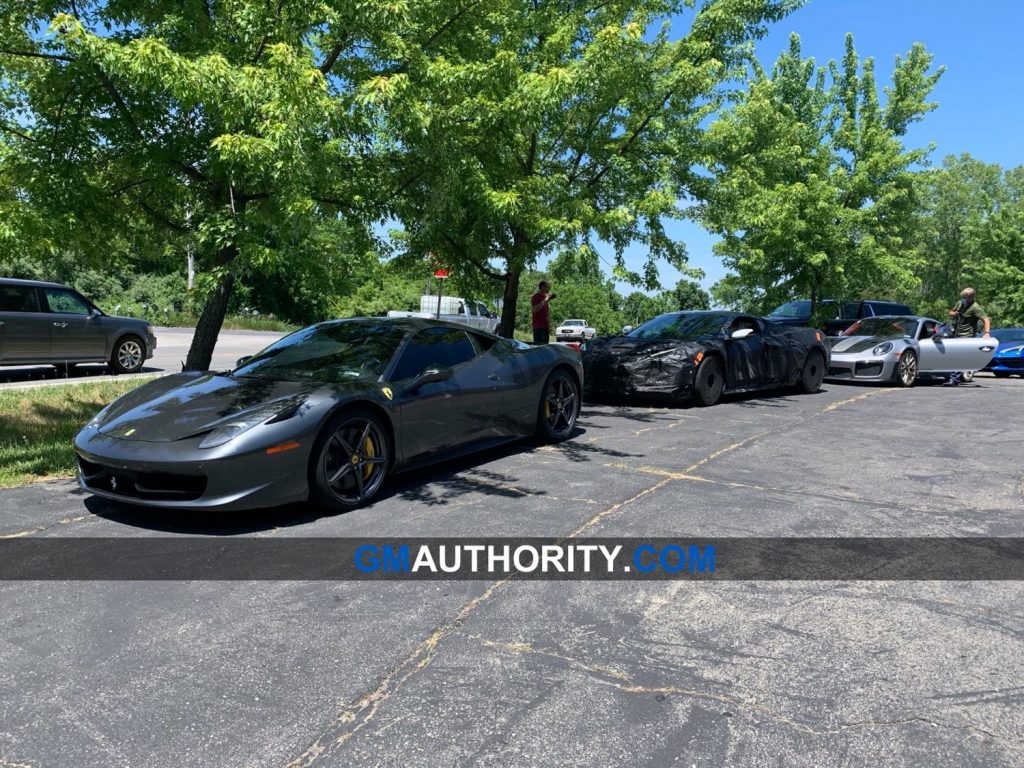 Some of the GM-crazy readers of this site may not be very familiar with either the Porsche 911 GT2 RS or the Ferrari 458 Italia and we’re happy to fill them in. The 911 GT2 RS, which is based on the previous-generation 991 911 model, is the fastest available variant of the rear-engined sports car. It features a twin-turbocharged 3.8L flat-six engine that produces 691 horsepower and 553 pound-feet of torque. Paired with a quick-shifting seven-speed dual-clutch gearbox, the flat-six will power the GT2 RS from 0 to 60 mph in 2.7 seconds and take it onward to a top speed of 211 mph. The 911 GT2 RS also lapped the Nurburgring Nordschleife in an extremely impressive 6 minutes and 43 seconds – briefly setting the production car lap record at the track. It carried a price tag of $293,200 when new. 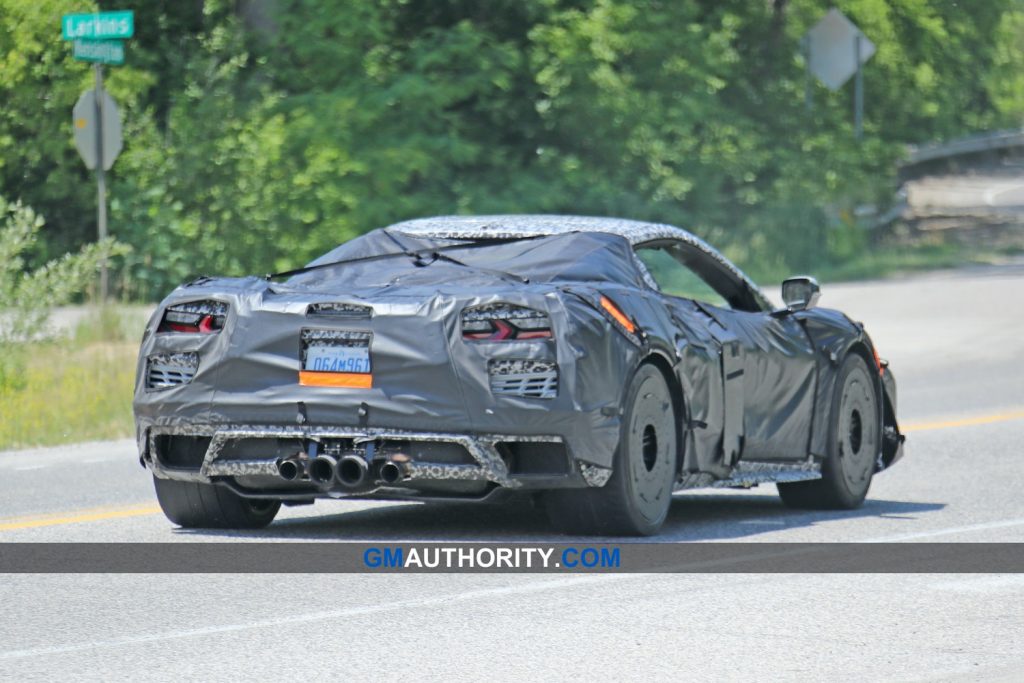 The Ferrari 458 Italia, meanwhile, is an older Ferrari mid-engine model that was produced between 2009 and 2015. It features a naturally aspirated 4.5L V8 engine that produces 562 horsepower and 398 pound-feet of torque, which is paired with a seven-speed dual-clutch. It will accelerate from 0 to 60 mph in 3.3 seconds and has a top speed of 210 mph. While not a blistering-fast supercar by 2020 standards, the 458 Italia was well-received by the automotive press thanks to its sharp steering and high-revving V8 engine. The 458 Italia carried a price tag of $239,340 when it was still at dealers. 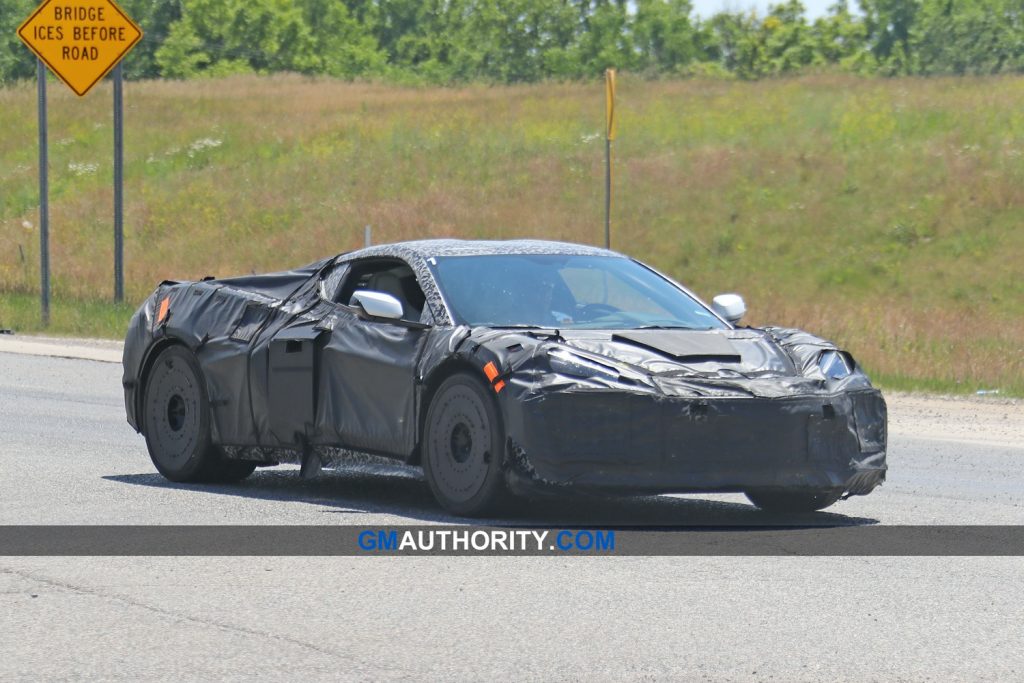 This sighting comes on the heels of multiple other recent sightings of C8 Corvette Z06 prototypes. On one occasion, the vehicle was seen accelerating quickly down an empty road, allowing us to hear its unique, exotic-sounding exhaust note. GM Authority expects the vehicle will be powered by the automaker’s upcoming naturally-aspirated 5.5L V8 LT6 engine, which will feature a flat-plane crankshaft. The DOHC 32-valve motor is expected to make around 600 horsepower and between 480 and 550 pound-feet of torque. A more robust version of GM’s eight-speed dual-clutch transmission will likely be present, sending power to the rear wheels. 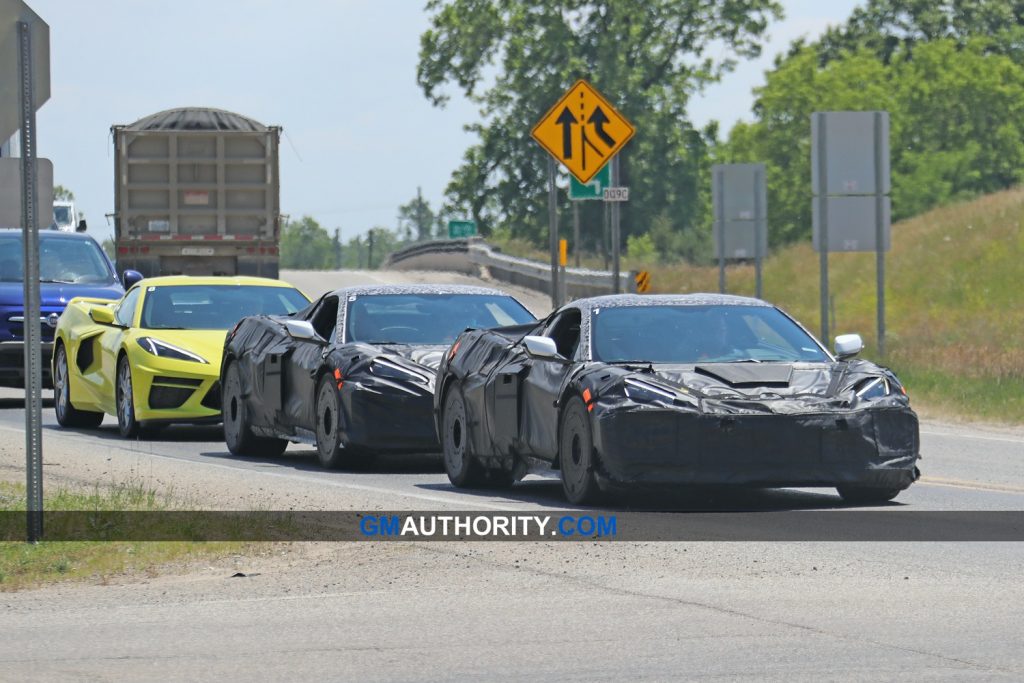 The C8 Corvette Z06 will be the first C8 Corvette variant to join the existing Stingray Coupe and Convertible models. Other models will also join the Z06 later in the vehicle’s lifecycle, including the C8 E-Ray, C8 Grand Sport, C8 ZR1, and range-topping C8 Zora.