Hennessey Performance Engineering has big plans for the C8 Corvette. Last year, the company released details on the 1,200 horsepower twin-turbo tuning program it had planned for the car, but with the vehicle’s encrypted ECU still under lock and key, the company is currently limited in what modifications it can make to the car. 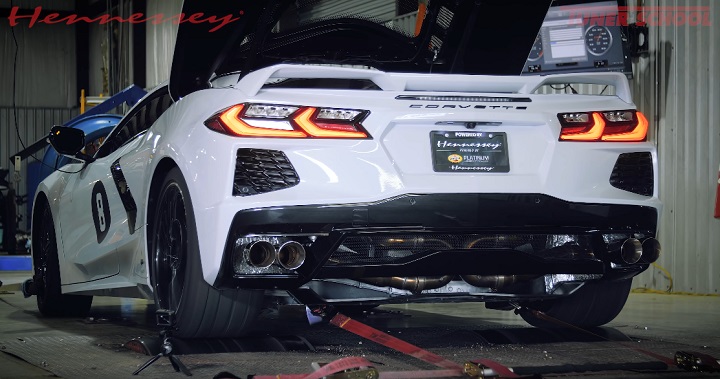 One of the modifications that Hennessey can make to the C8 Corvette without having to adjust the ECU is a new exhaust. The company has developed a lightweight stainless steel exhaust kit for the mid-engine sports car, which it says is lighter than the stock performance exhaust offered on the vehicle and also helps the 6.2L LT2 V8 breathe better and produce more power.

Hennessey’s C8 Corvette exhaust is made of 100% T304 stainless steel and retains the factory catalytic converters to ensure it remains 50-state emissions compliant. The company claims the exhaust is 10 pounds lighter than stock and also adds an extra 21 horsepower and 19 pound-feet of torque, pushing the output of the C8 Corvette to over 500 horsepower. 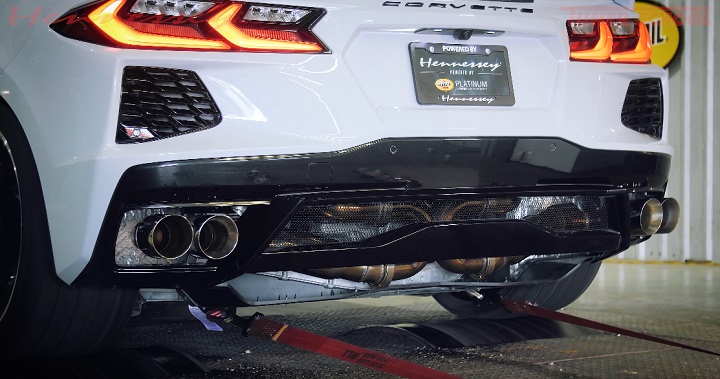 This exhaust was fitted to the C8 Corvette that Hennessey took to a record-breaking 205.1 mph at Continental Tire Proving Grounds in Uvalde, Texas last month. Most C8 Corvette owners won’t be attempting to take their vehicles up to or over 200 mph, but it’s always nice to know that it has been tested at those speeds, right? 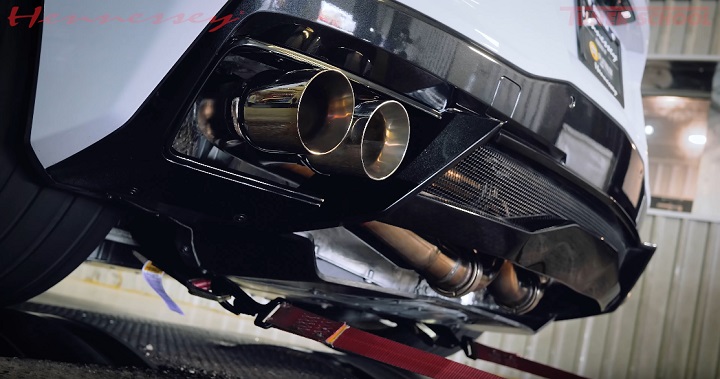 Hennessey is offering lifetime warranty with the exhaust, but this is a nontransferable warranty, so it will only be valid for the original purchaser. The company plans on making just 1,000 units of the exhaust for all of 2020 and 2021, as well, so anyone who may be interested in the kit should act sooner rather than later. Prices start at a fairly steep $3,495.

Listen to the Hennessey exhaust for the C8 Corvette in the video embedded below.