The new C8 Corvette is the most technologically advanced Corvette ever produced. With a mid-engine platform, eight-speed dual-clutch transmission, launch control and other sophisticated performance software, the latest iteration of the Vette packs a ton of impressive tech between its front and rear axles – especially when compared to previous versions of Chevy’s long-running sports car.

So what would happen if you combined the hyper-advanced C8 Corvette with one of the oldest, most archaic Corvettes in existence? That’s the question that artist Oscar V set out to answer with this rather imaginative rendering, which melds the mid-engine C8 Corvette platform with various styling details from the iconic C1 Corvette. 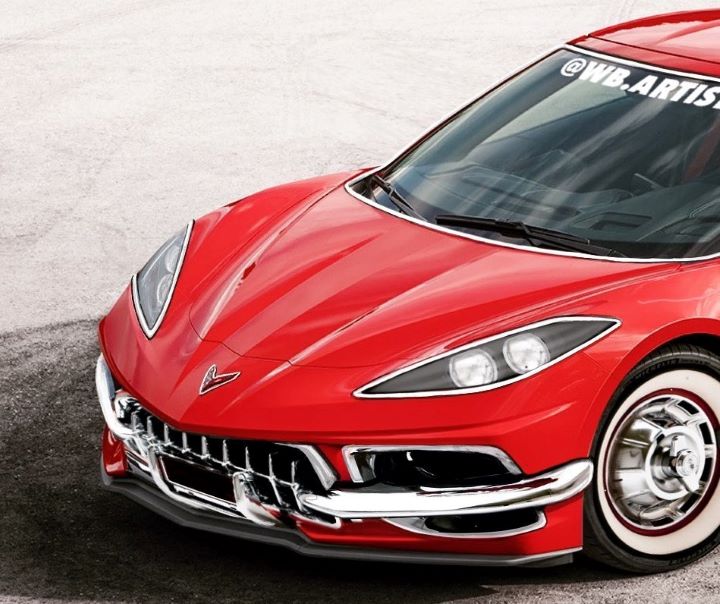 There’s a lot to look at in this rendering, so let’s start out front, where Oscar modified the C1 Corvette’s bright chrome grille to fit onto the pointed, aggressive front fascia of the C8 Corvette. If we shift our gaze to the headlights, we can see that the narrow, slanted LED headlights now feature a chrome border as a subtle nod to the chrome housings that surround the C1’s front headlights. Similar chrome trim also surrounds the windshield and side windows. 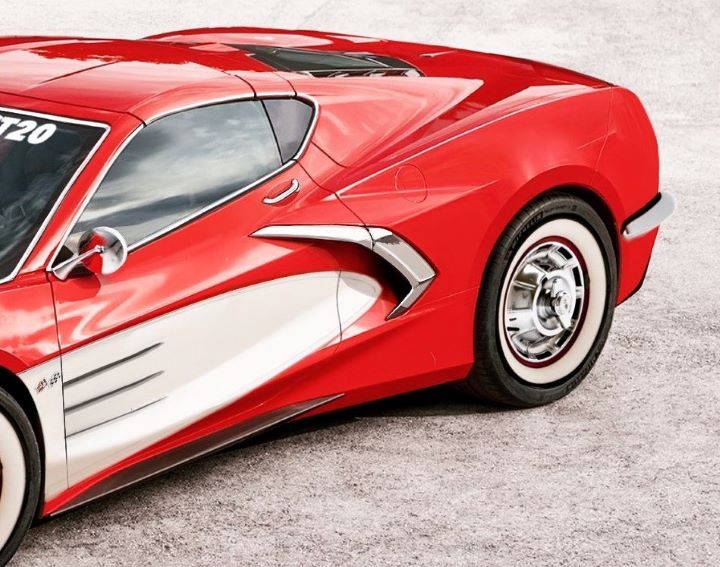 Things get a bit crazier on the side of the car, where contrasting white color section from the C1 Corvette has been slapped on the side of the C8 and is joined by some horizontal chrome strakes. A large chrome trim piece also frames the rear side intake openings, which are usually painted black or body color on production C8 Corvette models. Rounding out the changes are C1 Corvette wheels with knock-off center caps, white wall tires and round chrome side mirrors. 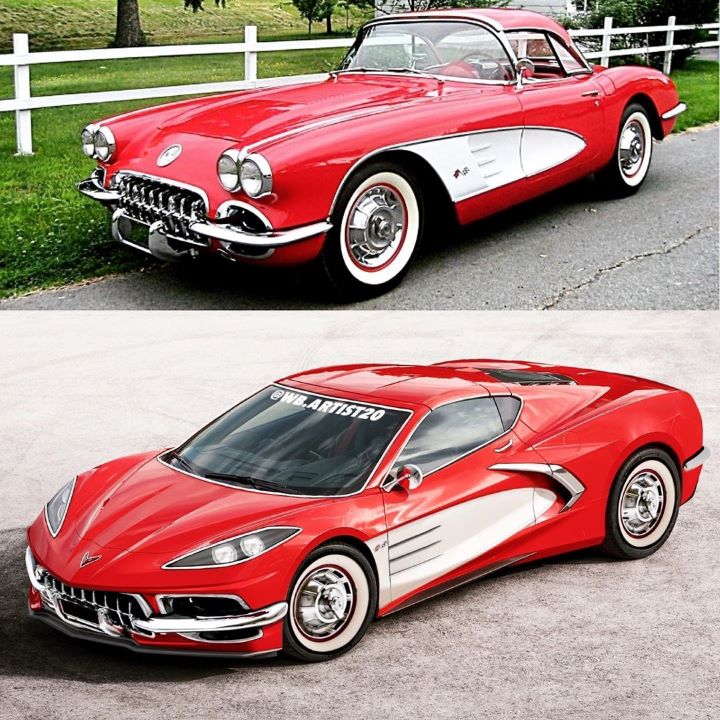 There’s really no denying that this rendering looks odd, but hey, it’s a fun little experiment and is an interesting way to demonstrate just how far the Corvette nameplate has come in the past 67 years or so.