Thanks to its mid-engine platform and some incredible engineering, the C8 Corvette will not only blitz the racetrack, but it’ll also get you from A to B in comfort and style. Unfortunately, the “real world” is fraught with danger, and as we’ve seen several times before, even the C8 isn’t immune to poor driving decisions. Now, we have the latest example of what not to do in the new Chevrolet Corvette thanks to this recent series of photos. 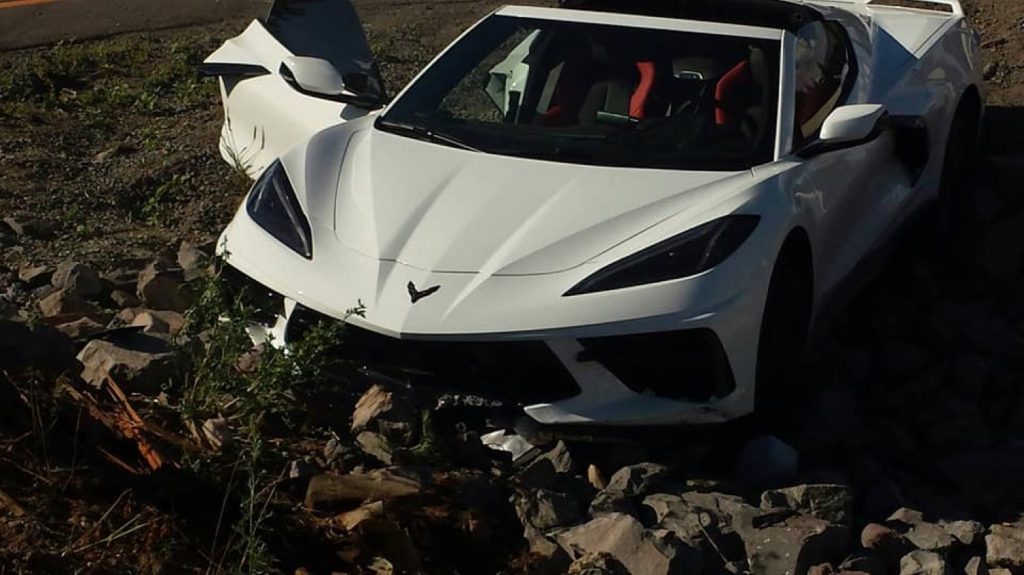 The backstory on this latest C8 Corvette crash is a bit hazy. The pictures were posted to social media without any clear context, but given the license plates and markings on a nearby Highway Patrol SUV, it looks as though this incident occurred in Nevada. Gauging by the vehicle’s position, it looks like this poor C8 was driven at a high rate of speed into a corner bending away from the right turning lane, then proceeded to understeer off the road and into a rock-lined ditch.

In the comments section of the social media post, the original poster backs this story, indicating that the C8 Corvette was passing on the right, failed to see the exit, then locked the brakes on some sand. 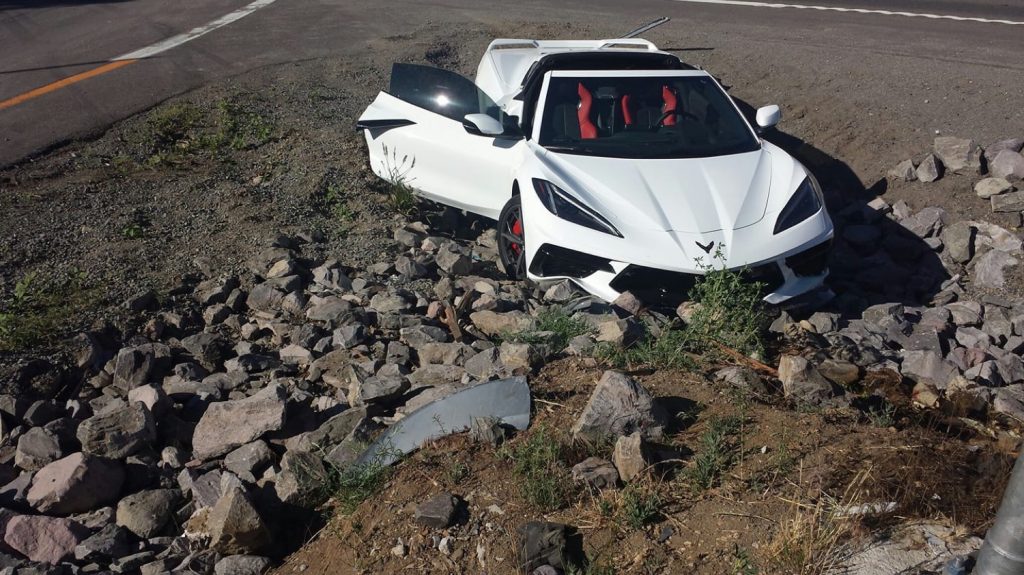 Luckily, it looks like the damage isn’t too bad, possibly limited to just the front bumper. Indeed, we’ve seen several other C8 Corvette crashes with far more severe impacts – for example, back in 2019, we covered a pre-production C8 that clipped a pickup truck on a twisting canyon road, completely decimating the front end. Then in April, there was the story of one C8 owner who had his new car totaled by a drunk driver after just one day of ownership. Then in May, there was another C8 that ended up in a muddy field with half of its body panels hanging off of it. 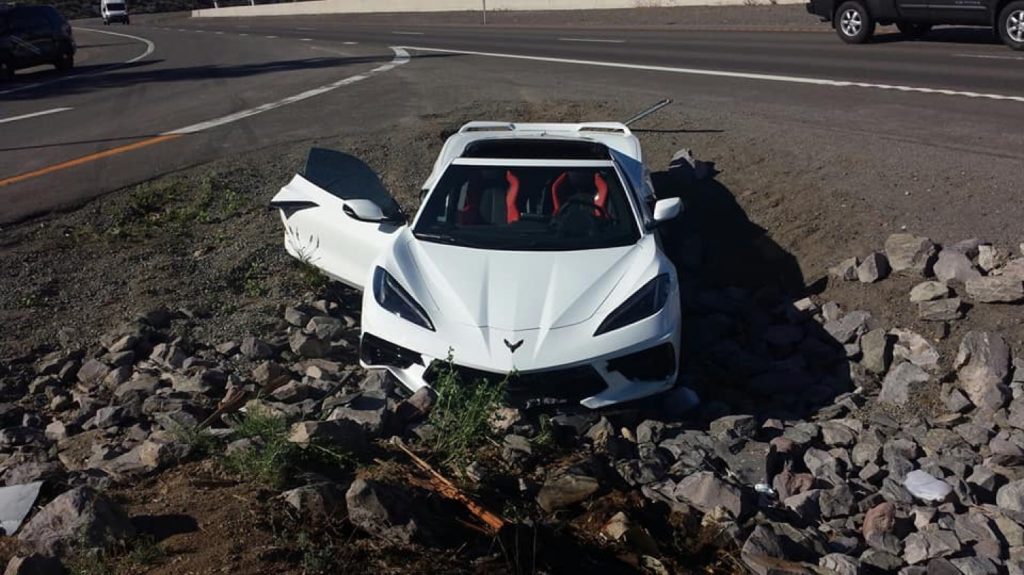 We’ve said it before, but it’s worth repeating – stay safe out there.