The Amazon Alexa digital assistant technology is now arriving on new GM vehicles, offering up a host of convenient voice recognition commands for new vehicle owners. GM vehicle brands offering the feature include Buick, Chevrolet, GMC, and Cadillac. The feature is built-in for many new GM vehicles, and requires the respective on-board internet connection package. The in-vehicle apps capability must be included as well. 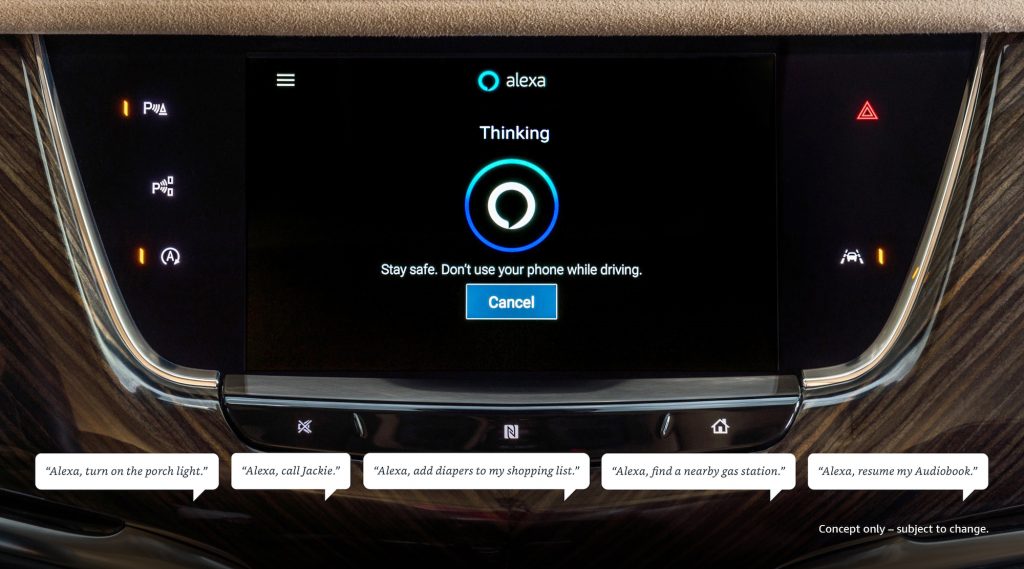 Amazon Alexa offers voice recognition for numerous infotainment capabilities. These include voice commands for audio streaming services, such as SiriusXM, Spotify, Pandora, and Amazon Music. What’s more, owners can use Amazon Alexa to place an online order, or track an existing order, as well as add something to a shopping list without taking their eyes off the road. Further functions include placing phone calls, checking the weather, and finding nearby gas stations.

For those with the right set up at home, Amazon Alexa will also allow users to issue a variety of smart home commands, such as opening the garage door, turning on the lights, or adjusting the thermostat.

As we covered previously, Amazon Alexa will also be offered retroactively on 2018 model year and newer cars, trucks, and crossovers with compatible infotainment systems. For those owners interested in adding this feature to their vehicle infotainment system, we’ll cover how to get it in a future post.

GM Authority was the first to report the integration of Amazon Alexa with new GM vehicles back in May of 2019, at which time we learned that the new Buick Encore GX would offer the virtual assistance feature. The addition of Amazon Alexa on new GM Vehicles is the latest in a number of tie-ins between the automaker and Amazon, which previously included in-car delivery via Amazon Key.