General Motors celebrated the North American launch of the Buick Encore GX earlier this year, but the crossover only recently began arriving at U.S. dealerships. That means GM has also recently ramped up its marketing push for the new crossover, launching a new 30-second web and television ad for the vehicle entitled ‘Surprise Dinner’. 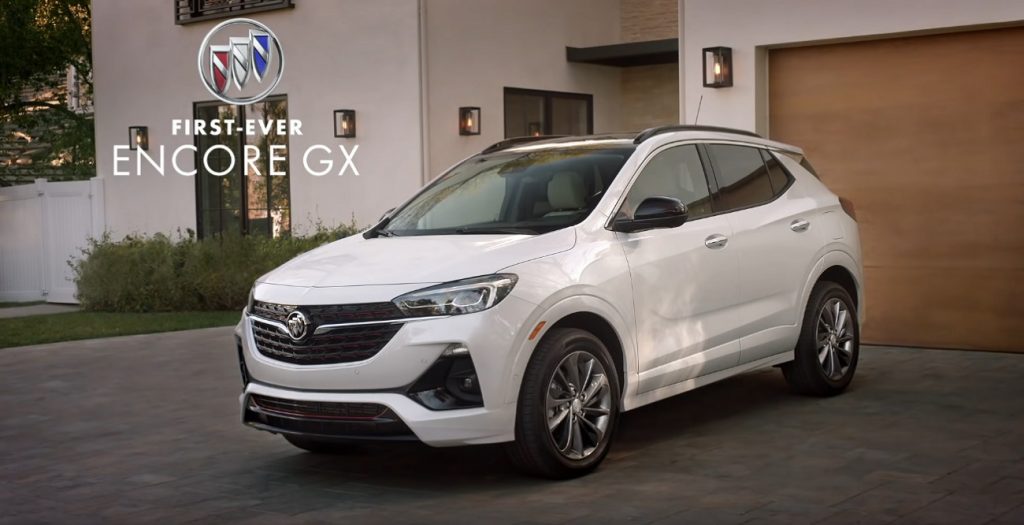 This ad follows the short saga of a busy, young working mom who realizes she had forgotten that she planned a dinner party for later that night. After a quick trip the store to pick up some salmon filets (helped along by the optional head-up display and automatic parking assist available on the Buick Encore GX) she arrives home, sets the table and throws the salmon in the oven. Her husband then informs her that the dinner party was actually for her friend’s kids, at which point she must inform a downtrodden child that fish is on the menu for the night rather than macaroni or plain cheese pizza.

This short and light-hearted ad may do well among the young-to-middle aged crowd that GM is trying to attract with the Buick Encore GX. It also does a decent job of showing off its various features, such as Amazon Alexa integration and the aforementioned head-up display and automatic parking assist.

Prices for the Buick Encore GX start at $25,095 for the entry-level preferred trim with front-wheel-drive, a CVT and a 137 horsepower turbocharged 1.2L LIH three-cylinder engine. A larger 155 horsepower 1.3L L3T three-cylinder is also available in the subcompact crossover and can be paired with all-wheel-drive. Adding AWD and the 1.3L engine to the vehicle will tack another $2,000 onto the price tag. Models with the 1.3L engine and AWD also ditch the CVT for a nine-speed automatic.

Check out the first official ad for the 2021 Buick Encore GX embedded just below.